Allow me to propose a neat, orderly way of arranging the universe of chemical structures: there is the set of known chemicals, those described in some sort of publication. And inside that, there is the set of commercial compounds, which one supplier or another will agree to sell you, in most cases for more money than you think is reasonable. Outside both of these, there is the huge darkling plain of the unknown - the compounds no one has yet prepared.

And now let me immediately dispose of that scheme, as sensible as it sounds, because if things ever did work that way, they don’t any more. There’s always been a fair amount of ’dark matter’, new substances that have been made but were never published, and thus never came under the eyes of Chemical Abstracts. There’s plenty of this in academia; it all depends on how the projects work out. During my own graduate career, I know that I prepared a long list of compounds that never saw the light - side projects, alternative routes that led nowhere, that sort of thing. They were real, and I took plenty of real spectra of them, but they didn’t make it into any papers, or even into my dissertation. Their only records are in my old notebooks, which I assume have been stored somewhere by now, although I certainly wouldn’t want to be assigned the job of finding them.

In industry there are huge numbers of such compounds, many of which are deliberately kept hidden. Two words suffice to explain that behaviour: prior art. You’d prefer to have your screening deck full of interesting proprietary structures that no one else has ever come near, so that every screening effort delivers things that can be patented. That’s not always how it works out in practice, but we try.

But in recent years there’s another class of ’unknown’ compounds that’s become more prominent than ever: the ones you can buy from the chemical catalogues. The suppliers have acted on several observations: first, that many people aren’t all that happy with the diversity of their screening collections, and would like to fix that the easy way (by spending their way into a better mix of structures). Second, they’ve realised that people will pay a premium for fresh chemical space, especially for something guaranteed to be so novel that it’s never appeared anywhere before at all. And third, they’ve taken advantage of the global marketplace to source these things as cheaply as possible.

Twenty years ago, the main places to find such compounds were either the Sigma-Aldrich Rare Chemical Library (which began as an effort to unearth exactly those hidden academic compounds mentioned previously) or in the Maybridge catalogue. (Maybridge stands out as company for having realised very early how impressive it was to have page after page of compounds that no one else offered.) But the opening up of the Eastern Bloc nations in the 1990s seems to have been the turning point for this business: suddenly there were all these labs that had spent years making obscure heterocycles and the like just waiting to have their storerooms brought into the light. Several of the big chemical diversity suppliers have Russian, Ukrainian or similar backgrounds, and they got at least part of their start by hauling things out from the back of Soviet cabinets. 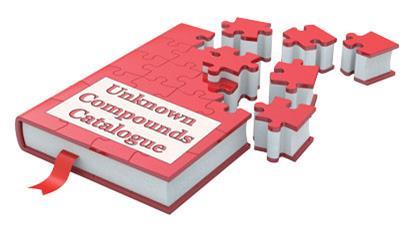 So it’s a different world now, with companies competing on how many of their chemical scaffolds have never been near Chemical Abstracts. And while some of these will come to light as they become parts of drug structures (and will thus appear in the patent literature, at least), the numbers of new compounds coming in must surely run much higher. These known-but-unknown structures will be with us as long as drug researchers (and other organic chemists) are willing to pay for something really new. And let’s hope that’s always the case - by the time we lose that motivation, we probably will have lost a great many other important things besides. Here’s to obscurity, and here’s to the unknown.