Forbidden but not uncommon 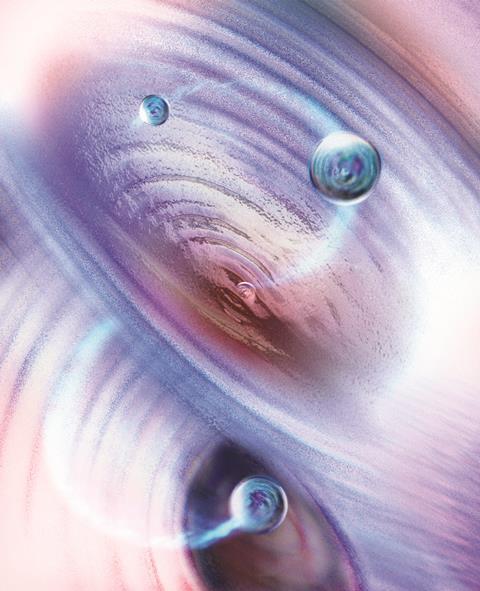 The quantum world can seem like a funny place, filled with dualities, entanglements and uncertainties. And for chemists, one of its stranger phenomena is quantum tunnelling. Chemical reactions typically release or consume energy and that makes sense. Quantum tunnelling, however, allows small particles to ignore the energy barrier, seemingly bypassing the usual energy toll classical physics would have them pay.

But just because it’s unintuitive doesn’t mean it isn’t commonplace. It’s actually ubiquitous and we should stop discussing the concept like it’s a black rhino or science fiction. It can even be influential.

Consider hydroxymethylene (HCOH). Chemists had predicted that, for a carbene, this simple molecule would be relatively stable. But isolating it involved trapping it in solid argon at 10K.1 And even then it still decays to formaldehyde in a matter of minutes – with no regard for classical mechanics’ insurmountable energy barrier – all because of tunnelling. 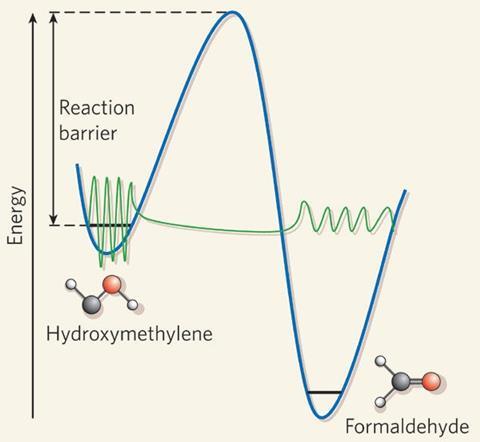 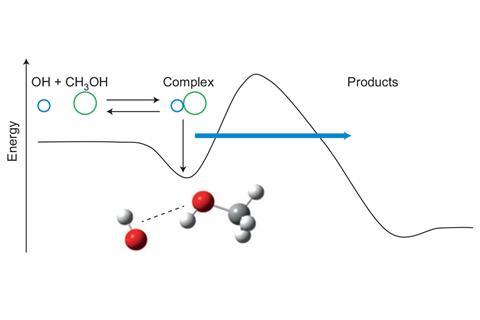 Despite the presence of an energy barrier, the reaction between the hydroxyl radical and methanol proceeds rapidly at very low temperatures

Biology is well known to rely on hydrogen tunnelling, for example to subtly change the conformation of an enzyme’s active site. The majority of enzyme reactions involve at least one hydrogen-transfer step, so surely it should be expected. But the first experimental evidence of nuclear quantum tunnelling in an enzyme-catalysed reaction was first reported fewer than 30 years ago.3 Since then, with increasingly accurate theoretical methods to predict tunnelling effects now becoming part of chemists’ routines, it’s becoming clearer how often tunnelling influences a reaction.

What is uncommon though, is snapping a picture of multiple particles tunnelling simultaneously. We had a story last month where researchers in Europe had done just that and the pictures might surprise you.  Quantum tunnelling may continue to surprise chemists but I suspect that the more we look for it, the more we’ll find it. The next challenge will be controlling it.