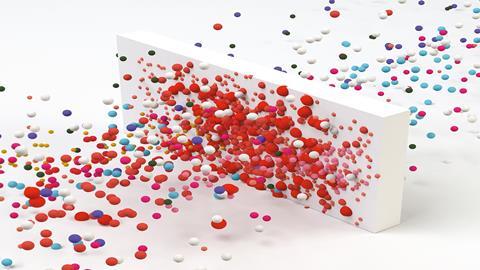 When chemists talk about what drives their reactions, they tend to mention reaction rates, atomic movement and energy barriers. However, some researchers claim more attention should be paid to a phenomenon that often goes unnoticed in organic reactions: quantum tunnelling.

‘As organic chemists we are trained to ignore quantum tunnelling,’ says Peter Schreiner, an organic chemist from the University of Giessen, Germany. He believes that recognising the quantum phenomenon will lead to a better understanding of what makes chemical reactions work.1 And once chemists learn how to control tunnelling ‘it opens the door to a larger molecular universe as you can generate species that are not accessible by conventional means’, Schreiner enthuses.

’We’re only just learning how to control tunnelling’

‘The reason chemists have ignored tunnelling is that they thought it is only important at low temperatures – but most reactions are at room temperature,’ says computational chemist Ayan Datta from the Indian Association for the Cultivation of Science. ‘At room temperature, most particles have enough energy to go over the barrier.’ 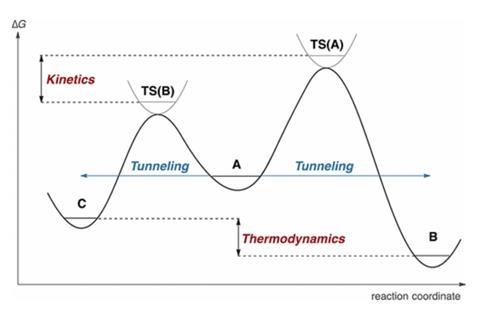 In every chemical reaction, what stands between the reactants and the products is an energy barrier. The more thermal energy the reaction particles possess, the easier it usually becomes for them to hop over this barrier. But tunnelling particles – electrons, hydrogens or in some cases much heavier atoms or fragments – can sometimes skip the energy barrier altogether. In a simplified analogy, a particle can be considered to be cutting straight through the energy barrier like a tunnel through a mountain. However, this doesn’t tell the whole story. Quantum objects like atoms don’t play by macroscopic rules – they are waves as well as particles and tunnelling is a natural consequence of this wave-like behaviour. Most waves are deflected when hitting a wall. But quantum waves have a probability amplitude – an interpretation of how likely it is for the object to be at a certain place – that changes but doesn’t become zero inside and behind a barrier.

An electron wavepacket directed at a potential barrier. The dim spot on the right represents tunnelling electrons

Often, it is simple reactions like intramolecular proton transfers in which tunnelling is easily overlooked. ‘The conventional way of looking at this [proton transfer] is completely wrong,’ says Barry Carpenter, who researches reaction mechanisms at Cardiff University, UK. ‘Because almost all organic chemists would think that if you’re looking at a proton moving from one place to another in a molecule, what the reaction coordinate is showing must have something to do with how that proton is positioned in space. Turns out that’s not true.’ Instead, the reaction pathway is determined by the solvent molecules’ movement, which need to rearrange around the product.2 The proton tunnels instantaneously.

Even living systems are a rich source of reactions that harness this quantum phenomenon. Judith Klinman, who works on enzyme catalysis at the University of California Berkeley, US, first put forward the idea in the late 1980s that enzymes accelerate reaction rates by promoting proton tunnelling.3 Out of the enzymes that do C–H activation, she estimates that around a third do this through a tunnelling mechanism.

Exactly what it is that makes enzymes so good at encouraging tunnelling, Klinman and colleagues have only just started to unravel.4 ‘The protein scaffold is facilitating the close approach between donor and acceptor and it’s not doing it in a static way,’ Klinman explains. ‘That’s why protein motion and the large size of proteins is so essential for really high catalytic rate acceleration.’ 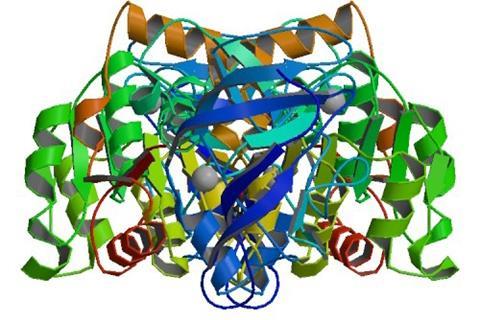 Horse liver alcohol dehydrogenase enzyme. Quantum tunnelling of protons is believed to help these types of enzyme perform their function

But a change in thinking might be required until chemists can use these concepts to design artificial proteins that are as good as, or better, than the real thing. ‘The primary chemical coordinate is how you activate the environment to let either the electron or the hydrogen move from one side of the [energy] barrier to the other,’ Klinman says. ‘This is what students should be learning in school, this is what the textbooks should be talking about. I think there’s a huge gap because it’s not the go-to way of thinking about reactions.’

But Sebastian Kozuch, who researches catalytic mechanisms at Ben-Gurion University of the Negev, Israel, doesn’t think chemists are missing anything by not specifically looking for tunnelling ‘since it’s such a rare process’. ‘In most situations, it doesn’t happen, or if it happens, it’s not really that significant,’ he says. ‘But in the few situations where it does happen it opens a lot of possibilities, especially at low temperatures.’

‘It’s pretty clear that one can do a reasonably good job assuming things to be classically activated in a lot of cases,’ agrees Carpenter. ‘But any time that you believe there to be a rate-determining proton transfer then you certainly want to be suspicious that tunnelling is actually controlling what’s going on.’ Although heavy particles, such as an entire trifluoromethyl group, can tunnel under certain conditions, energy barrier skipping is generally restricted to electrons and hydrogen atoms.

I wasn’t expecting that

But finding out if tunnelling occurs is often not straightforward. Since the quantum phenomenon doesn’t require thermal energy, tunnelling reaction rates should be independent of temperature. In practice, however, measuring a reaction’s rate over a wide temperature range is often difficult because state changes – such as the solvent freezing – skew the results.

This shouldn’t keep chemists from exploring quantum tunnelling further though. Schreiner explains that tunnelling can ‘control the outcome of a reaction and you can get a product that is very different from the one you’ve been expecting’. He has already started tweaking reactions to access specific tunnelling pathways.

In their most recent work, Schreiner and colleague Dennis Gerbig made a unique ‘tunnelling product’ in the light-activated rearrangement of a nitrobenzaldehyde.5 The reaction usually produces a nitrosobenzoic acid, but cooling the reaction down to 3K (–270°C) gives an isoxazolone as the only product through a hydrogen tunnelling mechanism. ‘We’re only just learning how to [control tunnelling],’ says Schreiner. ‘It will take us a few more years to really get a grip on that.’

Tunnelling could even have impacts in fields other than organic or bioorganic chemistry. ‘One important and pretty unexplored area for tunnelling is lithium–ion batteries,’ Datta says. Being only marginally heavier than hydrogen, lithium can tunnel – a process that can affect how fast a battery runs down.

‘Nowadays we don’t know of almost any tunnelling reaction that is really useful in practical terms,’ says Kozuch. ‘But in the long run I think there will be catalysts that use tunnelling. I believe hydrogen tunnelling has a very bright future .’