Getting to net zero 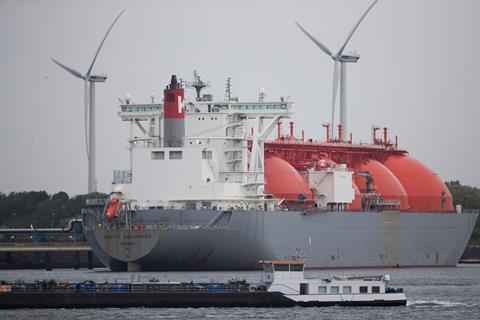 Tanker transport of liquefied natural gas has enabled it to replace more carbon-intensive coal over wider areas, while renewables like wind power will become increasingly dominant in our energy supply. But will the course of large petroleum companies change quickly enough to avoid the biggest impacts of climate change?

Now seems to be the season for fossil fuel companies to announce grand plans to reduce their greenhouse gas emissions. On 12 February, BP’s new chief executive, Bernard Looney, outlined the company’s ambition to become a ‘net zero’ company by 2050. Meanwhile Ivan Glasenberg of Glencore (the world’s biggest exporter of thermal coal) predicted his company would reduce its absolute emissions (including those produced by its customers) by 30% by 2035.

Such pledges are welcome steps in the effort to mitigate the potentially catastrophic impacts of anthropogenic greenhouse gas emissions. However, they need to be backed up by real, and visible, action.

Unfortunately, just like the hulking tankers that carry the industry’s outputs across our oceans, oil giants do not have a reputation for changing course very quickly. 2050 may feel a long way away, but achieving a transformation on this scale will require immediate and sustained efforts during that whole 30 year period. That includes developing and employing technological solutions, but also fundamentally changing the industry’s approach to political lobbying

The impact of such a long-term transformation is also highly dependent on the path taken to get there. There is a huge difference between a plan that implements aggressive net emissions reduction over the next decade, then approaches net zero at a relatively shallow trajectory, and one that back-loads the majority of improvements to the latter part of that timespan, based on expectations of as-yet unknown technological advances .

BP has promised to fill in some of the details of how it plans to reach its net zero target in September. There are some hints in what it has already said, and we can get some insight into likely strategies by looking to Royal Dutch Shell. In 2017, Shell laid out its plan to reduce its net carbon footprint by around 50% by 2050, aligned to the goals of the 2015 Paris Agreement of the United Nations Framework Convention on Climate Change. It has well-defined short and long-term targets, and has partially linked executives’ pay to achieving them.

Available strategies can be split broadly into three categories: avoiding unnecessary emissions, such as leaking methane from exploration and production or gases that would previously have been wasted by flaring; switching to less carbon-intensive alternatives, be that biofuels and natural gas replacing coal, or investing in renewables and hydrogen power; and finally capturing emissions to direct CO2 into more permanent carbon sinks (both natural and artificial).

These strategies are based on predictions of increasing global energy demand, with much of that increase being met using renewables, but including some increase in demand for fossil-based energy in the near term. Governments and consumers have a role to play in driving demand for lower carbon energy, and challenging companies to change as fast as they can, but the companies themselves also have a responsibility to push beyond demand and deliver on their promises.