In situ with Omar Yaghi

The reticular chemistry pioneer on why work is his hobby

Omar Yaghi is a Jordanian-American chemistry professor at the University of California, Berkeley, US. His work focuses on reticular chemistry, particularly in the development of metal–organic frameworks (MOFs). He was talking to Kit Chapman.

I don’t separate chemistry from my hobbies. I’m in love with chemistry. Hobbies are something you do for enjoyment and relaxation – and for me that’s chemistry.

I’m very interested in chemical structures and what they do, which is why I was attracted to chemistry to begin with. Molecular drawings and representations of crystals, things of this kind, are some of the beautiful aspects of chemistry. When I was a kid, I encountered these molecular drawings and didn’t know what they were but for some reason I immediately fell in love with them. Later I learned that they represent the world we can’t see with the naked eye. In a way, they are the inner workings of matter on the atomic and molecular level.

Metal–organic frameworks are some of the most beautiful compounds ever made. Their structures are intricate and the diversity of structural patterns and connectivity, to me, they are fascinating. I love looking at molecular structures and the periodic table, and how that translates into compounds, reactions, materials, and new chemistry. 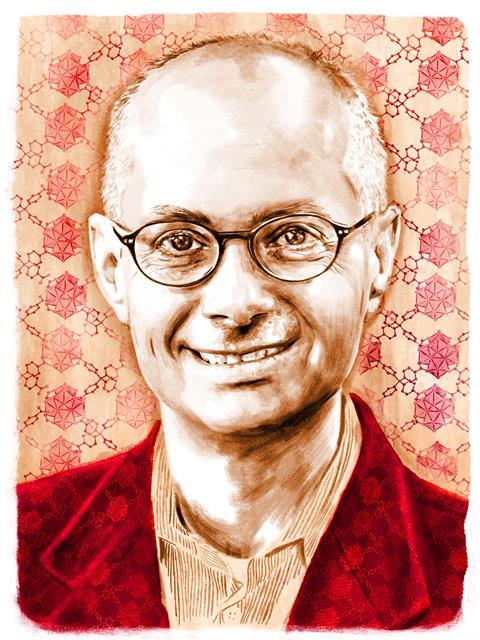 I am always interested in new compounds because they reveal what nature is trying to tell us. They are pieces of a larger puzzle. It could be a mechanism that people have been working on for a while, and getting a crystal of a compound could be the key to solving the puzzle. I like to imagine crystals of a compound with unusual ways that an element bonds to other elements. All of this is exciting. And keep in mind that making and studying the properties of new compounds can also solve many societal problems!

Chemistry is more homogenised – blueprint – than I like. We all learn certain ways of doing things following some blueprint, and too few of us diverge from that. We should teach our students, mentor them, to go beyond what they have learned, by taking chances, and taking bold steps forward. I think not enough of us do that. We should encourage creative research cultures to grow around unusual areas of inquiry. It’s easy to fall in a pattern that everybody else follows and forget that the excitement lies off the track.

I reach out to the world and build bridges to other countries through research. For the past 10 years my group has helped scientists in other countries, or even countries themselves, build a research infrastructure. In Vietnam, we have started a research centre from the ground up, built the infrastructure with them jointly and recruited students with them. It’s operating now on an international level, both in terms of the impact of the science but also safety standards, the things we are used to.

Science is universal language that we can all speak. IIt’s a way to transcend these artificial barriers put between people. This has been a rewarding experience that’s taken me to Vietnam, Saudi Arabia, Jordan, Mexico, South Korea and Japan. We’re in discussion with Turkey and South Africa, and we’re developing things of this kind in Argentina. As a result, a network is emerging between places where we have created research programmes, and it is beginning to bear fruit as they are exploring scientific research independently.

There is a tremendous human aspect to discovery. Chemists practice that but we aren’t recognised for it. A typical chemist is thought of as just someone who is doing laboratory work – the old-fashioned way of thinking of a scientist working with test tubes and round bottom flasks without much concern about what’s going on outside. I think we can do more.

Global engagement should be the fourth mission of a university. A university’s missions are teaching, research and service to the profession. We need global engagement, especially when what happens in a country that could be far away geographically can directly affect us. Global climate change is a problem that doesn’t know borders.

It’s a good thing that change happens but it also challenges us as academicians and researchers to keep up with the times. We need to adapt to the digital revolution, social media and rapid communication and use these mechanisms to enhance what we do; namely, advancing the frontiers of knowledge.

::as caption at bottom right::

Omar Yaghi is a Jordanian-American chemistry professor at the University of California, Berkeley, US. His work focuses on reticular chemistry, particularly in the development of metal–organic frameworks (MOFs). He was talking to Kit Chapman.