Back in 2010, China instilled fear in the hearts of Japanese executives and government officials when, during a territorial dispute, it halted exports of rare earths. The fear of restricted exports quickly spread globally. Companies began to worry that China’s export policies, which also included export quotas and state control of output levels, would mean their manufacturing operations could grind to a halt. Soon, rare earth prices skyrocketed as they scrambled for supplies.

Consequently, many manufacturers tried to reduce their reliance on rare earths; others relocated their manufacturing to China to secure stable supplies; some even sought to support rare earth production outside of China. After all, China was producing more than 90% of all rare earths, and indeed many other rare metals. 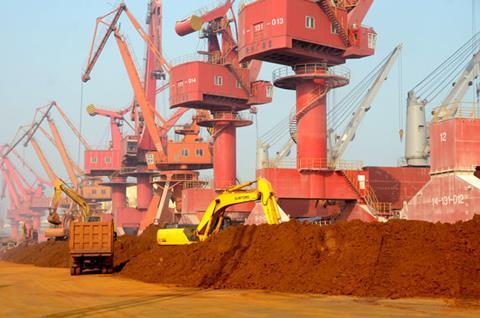 China produces more than 90% of all rare earths worldwide

The market situation has now returned to much the same as it was before the 2010 crisis. China continues to control production of rare earths because of its governmental support of operations, geological good fortune and environmentally damaging (and often illegal) mining and trading practices that the authorities are unwilling or unable to clamp down on. No other country or company has been able to start entire new supply lines for all rare earths. Indeed, Lynas, the only company mining rare earths outside of China (from its Mt Weld deposit in Australia), does not produce all rare earths.

Some perspective is in order. This is not so much a problem with China as a problem with any monopoly: the dominant player in the market is often able to dictate terms. China is the largest producer of rare earths, but it is also the largest consumer; less than a quarter of rare earths produced in China are exported. But these materials are critical for component manufacturers, and it’s essential for them to understand the ramifications of relying on a single country for rare earths.

There are five main concerns. And while some of these factors could be seen in any monopoly, others are unique to China because of the government’s role in the market and its long-term plans.

‘The real value of rare earths is realised in the final product,’ Gan Yong, the head of the China Society of Rare Earths, stated in 2013. China is able to use its monopolistic position to introduce uncertainty into the rare earth market. The resulting apprehension has helped drive end users of these materials – from lighting to wind turbine manufacturers – to China’s shores to ensure supplies. As Zhao Shuanglian, vice chairman of the Inner Mongolia Autonomous Region, commented of previous trading controls: ‘We are not taking the short-term view of just trying to prop up prices. Imposing controls and reducing exports aim to attract more factories.’ Even though China was recently barred by the World Trade Organization for instituting export quotas, China’s strategy of leveraging resources will continue.

Illegal mining and illegal trading plagues the rare earth sector. The China Society of Rare Earths estimates that 40% of all rare earths are traded illegally (for example overproduction from legal sources or production from non-legal sources). Although officials in Beijing appear omnipotent from outside China, they often have little authority in local mining matters, and local governments at least tacitly support the activity.

The powerplay in China between various government agencies and local governments with oversight over natural resources creates a hodge-podge of overlapping and contradictory regulations that confuse rather than clarify the market. For example, a regulation aimed to shutter small producers and reduce production backfired, resulting in the companies adding capacity rather than shutting down. The oversight of resource trading has also been inadequate. Last year Shan Juilang, the chairman of the Fanya Metal Exchange, went missing after he was accused of duping over 220,000 people, who had invested an estimated $6 billion (£4.2 billion) into his rare metal market exchange.

Reserve amounts and actual production data are often either unavailable or very inaccurate. In fact, geological information is state secret in China, meaning possessing it is a crime. This control over market data combined with the current overcapacity in the rare earth sector means any new producers have to compete not just with current production, but an uncertain amount of production that quickly could be brought online.

While the rest of the world is trying to figure out how to use fewer rare earth materials, China seeks ways to use more. As China has increased its production of rare earths, innovation in its rare earth industry has evolved, while in the US it has fallen. Since rare earths are at the heart of many new inventions and technologies, China is poised to reap the rewards from the discoveries that are made there. Developing the rare earth market is also at the heart of the Chinese government’s Made in China 2025 strategy, which focuses on developing green and high tech industries in China.

Those who think that China’s controls over rare earths is a thing of the past should reflect on the words of Qinhua Wang, the vice-chairman of the China Nonferrous Metals Industry Association, who noted in 2014: ‘We have not enough influence on rare metal in the world, and we didn’t get reasonable profit.’

David Abraham is director of the Technology, Rare and Electronic Materials Center in Washington DC, US, and author of The elements of power