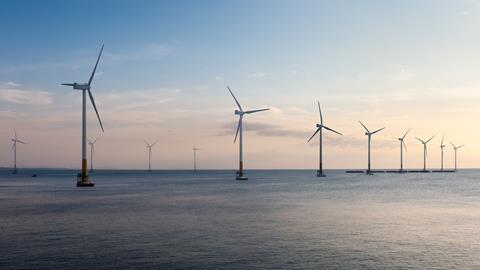 Superconductors are breaking into the energy industry for the first time after a conventional, working wind turbine had its permanent magnets replaced by superconducting tape. The switch means that it’s possible to build lighter, smaller wind turbines that are less dependent on expensive rare earth elements. This means that the price tag of turbines could fall and, in turn, cut energy costs.

Superconducting is coming out of its ivory tower 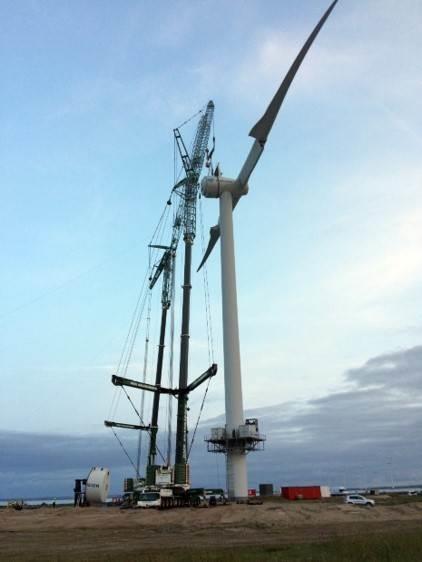 The 3.6MW wind turbine in Denmark that has had its permanent magnets replaced by a high temperature superconducting ceramic

Wind turbine generators today use permanent magnets, often neodymium–iron–boron ones, which makes them heavy. Just like a bicycle dynamo, these magnets turn inside coils that transform magnetic power into electricity. They require substantial quantities of rare earth metals, however, which are expensive and are mostly mined in just one country – China – which has led to worries over security of supply.

Generators could be made from superconducting magnets, however, offering significant savings in size and weight. ‘We can make a machine that will deliver the same amount of power for roughly half the weight and half the volume of a regular wind turbine,’ says Marc Dhalle, materials scientist at the University of Twente in the Netherlands. The EU-funded project, EcoSwing, was coordinated by Danish turbine company Envision.

The new generator is 4m in diameter, 1.5m smaller than a conventional one. It sits inside an 88m high 3.6MW turbine in Thyboron, Denmark.

When groups initially started trying to put this superconductor on a flexible metal substrate, people considered them to be – let’s be polite – overly optimistic

The superconducting tape is also protected from metal poisoning by layers of magnesium oxide and silver. The magnesium oxide also acts as a template for the precise crystalline structure needed by the GdBaCuO. An outer copper layer offers electrical and thermal stabilisation. Tens of kilometres of this tape sits inside the new wind turbine.

‘When groups initially started trying to put this superconductor on a flexible metal substrate, people considered them to be – let’s be polite – overly optimistic,’ says Dhalle. ‘A lot of technical details needed to be mastered, but they turned out to be visionaries.’

The gains are now there. ‘A wind generator making 1MW of power will contain roughly a tonne of neodymium in its magnets. In our generator, we use about 1kg of [the rare earth] gadolinium, so we use orders of magnitude less of this relatively rare and expensive material,’ says Dhalle. Gadolinium, which replaces neodymium in the turbine, costs just $18.70/kg (£14.50/kg) of gadolinium oxide, compared with $45.50/kg of neodymium oxide, according to Roskill and Asian Metal.

Off-the-shelf cryo-coolers from SHI Cryogenics in the UK chill the superconductor to –240°C. These coolers are similar to those used in ordinary refrigerators, although they’re far more powerful.

Envision was especially interested in these coolers’ robustness. ‘These coolers are usually used in hospital MRI machines, which is a cleaner environment than wind turbines experience,’ says Dhalle. ‘Proving that they are robust in a working turbine was therefore key.’ 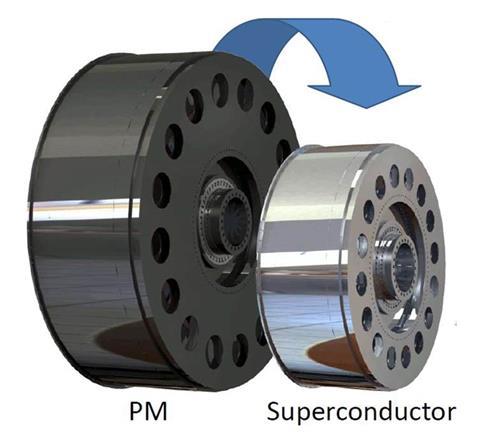 The generator was put through its paces at a test facility in Bremerhaven in Germany, run by the Fraunhofer Institute, before being shipped last month to Denmark. ‘This project is a first of a kind. We went from the drawing board, to building this generator and now demonstrated it in field conditions,’ Dhalle explains.

Magne Runde, energy researcher at Sintef in Norway, agrees that the main benefit is more watts per kilogram of generator weight. ‘People have been predicting a big market for all sorts of superconducting power components like cables, transformers and even generators for years now. It hasn’t materialised,’ he says. ‘Industry tends to be reluctant to use unproven technologies. But if they’ve built a full-scale wind turbine prototype, which is in ordinary service, that is an achievement.’

There are three classes of superconductor. Low temperature superconductors need to be cooled below 10K. These are usually metal alloys such as niobium–titanium, often used in hospital MRI scanners, and require very expensive cooling setups. GdBaCuO are high temperature ceramic superconductors, a class that includes yttrium–barium–copper oxide or YBCO ceramics, which superconduct at around 100K.

Magnesium diboride (MgB2) is in the intermediate range, superconducting at 39K. ‘This is slightly more complicated to cool in a wind turbine than the ceramics,’ says Asger Bech Abrahamsen, wind energy expert at the Technical University of Denmark, who was involved in the InnWind project that trialled MgB2 in generators that might one day by used by large offshore wind turbines. MgB2 needs to be chilled below that of a ceramic superconductor, which costs more. It has the advantage of being cheaper though. MgB2 costs a few euros per metre, versus tens of euros for ceramic composites.

Dhalle says the new turbine was designed conservatively, whereas the next version will be a leaner prototype. ‘Superconducting is coming out of its ivory tower, where we had worked on big science projects like the particle accelerator at Cern and large magnets in Iter’s fusion facility,’ he says. ‘We are now in the phase where the materials can start competing with existing technologies.’