The case for South Africa as the next pharma hub

Chemical synthesis is around a century behind its rivals when it comes to manufacturing. While other fields have adopted a continuous production line, the pharmaceutical and fine chemicals industries are still reliant on a stop-start series of steps to complete the necessary reactions. This is because almost any synthetic process requires the use of vastly different chemical and physical conditions between steps, and, to make matters worse, many products also require careful downstream processing and purification to create material of sufficient purity. 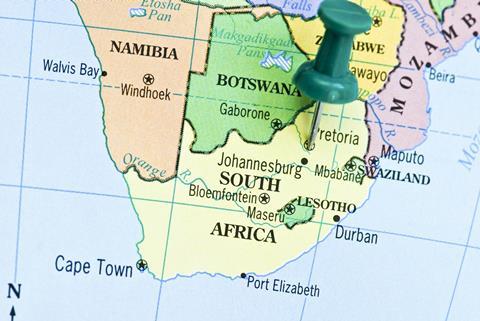 For the past two decades, the flow chemistry revolution has been promising an end to this with a ‘factory of the future’, whereby chemical entities are routinely manufactured continuously. While the idea of flow-based pharmaceutical manufacturing may have seemed far-fetched outside of a few pioneering research groups 20 years ago, today the situation is quite different. Flow chemistry has evolved from a novel synthesis concept into a powerful and versatile platform for continuous manufacturing of active pharmaceutical ingredients (APIs) with high productivity, small manufacturing footprint, and reduced cost and waste.

A new, ambitious goal is now centered on integrating pharmaceutical manufacturing – from raw materials to final dosage forms – into a continuous flow process. Advances in cloud computing, automation and system unification are paving the way for continuous API production with digital connectivity, and the integration of these and other technologies with traditional flow approaches and in-line automation is currently a driving force in the ‘synthesis 4.0’ revolution.

The technology has now arguably matured to a point that it’s only a matter of time before the ‘factory of the future’ becomes the flow plant of today. This presents the opportunity for a revolutionary change in pharmaceutical manufacturing – and could open the door for dramatic changes in emerging markets.

Africa is home to some of the world’s fastest growing economies thanks to the rise of major cities, expansion in healthcare capacity across the continent and a maturing business environment. South Africa in particular boasts the fifth-highest worldwide pharmaceutical expenditure per capita. Although its largest killer remains HIV/Aids, the country’s evolving demographic and epidemiological profile creates increased revenue earning opportunities for pharmaceutical companies, particularly those producing non-communicable disease treatments.

In recent years, several private sector companies have considered regional pharmaceutical production in South Africa but almost all have failed to make an investment. This is in stark contrast to the massive growth in API production in the other Brics nations (Brazil, Russia, India and China). Major constraints for developing the pharmaceutical industry in South Africa include the small local market, lack of skilled workforce, poor infrastructure, long lead times, insufficient regulation and an export-averse culture. Together, these have prevented regional manufacturers from achieving the economies of scale that are essential to survive in a global market while deterring foreign investors.

Yet these same factors could open the door for dramatic changes when the switch from batch manufacturing to continuous flow processing comes. Africa was able to leapfrog traditional fixed-line telecommunications and move straight to cellular networks; in the same way, there is limited existing pharmaceutical infrastructure to hinder the adoption of a new, disruptive technology. As a result, the use of flow technologies has received widespread interest and been identified as a critical development area at both industrial and government levels within the 16-state Southern African Development Community. This is particularly true for South Africa, where health inequalities hinder much of the population’s access to essential medicines and the ability to innovate is critical for development.

There is a clear business case for regional API manufacturing companies to adopt new technologies and embrace digital disruption. These technologies can effectively limit the impact of critical drug shortages, protect against foreign exchange fluctuations and help to generate competitive differentiation. We believe the Africa region can initially focus on the implementation of multi-step continuous flow synthesis in newly established API manufacturing facilities. This could also include green chemistry practices, robotics, process automation and continuous monitoring systems to minimise waste and energy consumption.

However, for this uptake to be successful, regional pharmaceutical companies will need to expand their skill sets and cross the digital divide. If they can make this change, then Africa could be home to one of the most advanced pharmaceutical hubs in the world.