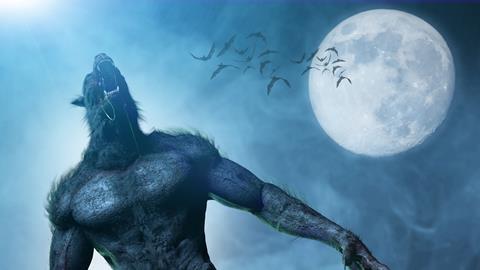 The dead of aconite

Whether human, witch or werewolf, beware a flower known as the queen of poisons 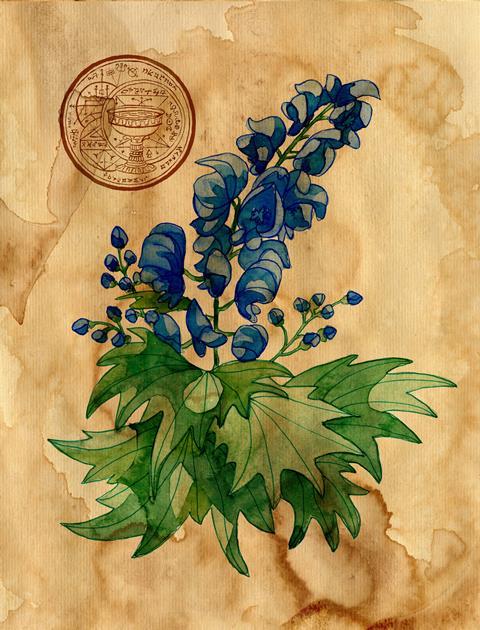 Plants of the genus Aconitum have a long history full of witchcraft, werewolves and wicked deeds.1,2 Fantastical stories were built on the factual pharmacological effects of Aconitum alkaloids3 like aconitine, mesaconitine, hypaconitine and jesaconitine. Aconitine is most feared – and with good reason. It has been described as 100 times more lethal than strychnine, with an oral dose just shy of 2mg reportedly enough to kill a 68kg person.4

Aconitine likely serves as a defensive tool for the plants that produce it, discouraging predators with its deadly action. It acts quickly on sodium ion signalling channels, opening them and preventing their closure. ‘To use a car analogy, if the valves in your car’s engine open up, but then won’t close, it’s dead in the water,’ wrote toxicologist Justin Bower. ‘Just like aconitine victims.’

The danger of Aconitum plants, commonly referred to as aconite, has long been known. ‘For all things under the heaven, nothing is more vicious than the poison of aconite,’ asserted the second century BCE text Masters of Huainan (the Huainanzi), continuing: ‘Yet a good doctor packs and stores it, because it is useful.’5 Like other famous plants and their alkaloids, such as Strychnos nux-vomica and strychnine or Atropa belladonna and atropine6, aconite and aconitine were considered both threat and treatment. They still are.7–9 Aconite alkaloids have pain-relieving, fever-reducing, local anaesthetic and cardiotonic (increasing the contractile power of the muscular tissue of the heart) effects. Aconite was treated as a cure-all for thousands of years, featuring as an ingredient in a range of second century BCE medicinal formulations excavated from Mawangdui in modern Hunan, China, with purposes from the mundane to the magical.5

A kind of magic

Sorcery and witchcraft include aconite in a number of potions.1 Aconite was reportedly a main ingredient of witches’ flying ointment, with its alkaloids’ anaesthetic and cardiotonic roles perhaps explaining the sensation of flying reported by those that imbibed it.1 Works of fiction and lore cast aconite – under one of its alternative names, wolfsbane – as either the trigger or treatment for werewolf transformation. This too is based on aconite’s real action. Aconite found use as bait poison, reportedly added to raw meat to lure carnivores – including wolves – to their doom.

From mythical transformations to real pharmacological effects, the difference in blood concentration at which aconitine is an effective drug and when it’s toxic is narrow as a razor’s edge.3,8 The sobriquet ‘queen of poisons’ is justifiably earned.

In ancient Rome, aconite was known as both the stepmother’s poison and the mother-in-law’s poison.10 In ancient Greece and India, archers reportedly used aconite to poison their arrows, with similar practices seen in modern aconitine-treated projectiles.11 In 1883, analysis by University of Virginia chemistry professor John Mallet pointed to aconitine playing a role in a highly suspicious mass poisoning at the then Western Lunatic Asylum in Virginia, US, that saw seven patients fall ill and six die. Roughly 12 years ago, the high profile UK ‘curry poison killer’ case showed the viciousness of aconite once again, when a woman murdered her former lover with an adulterated curry. But for all its infamy, aconite and aconitine can still operate covertly. As Xiangting Gao and colleagues at Soochow University in China wrote last year, aconitine ‘is not detected routinely for common toxicology analysis in present forensic practice’.8 One might even get away with murder.

In a case detailed in the International Journal of Legal Medicine,12 a man was found dead behind the wheel of his car, which was found parked adjacent to a ‘deep pitch’ (ravine) and showed signs that someone had attempted to burn it. An autopsy showed signs of ‘blunt traumatic violence on his head, face, back, arms and legs’ plus signs of strangulation. Routine toxicological analysis of blood, urine, gastric contents, liver and kidney tissue samples found some alcohol in the blood and urine, but ‘no other drugs or toxic agents were initially detected’.

Only five years later were events clarified, when the man’s wife confessed all. Boiling the leaves and stalks of three Aconitum napellus plants, she had made a poisonous brew and added it to a bottle of red wine. A few hours later,thinking her husband dead, she dragged him about their home and finally to the car using ropes about his neck and chest. She then moved the car, attempting to destroy the evidence through fire and pushing it into the pitch.

Analysts returned to pathology evidence to confirm her story. Additional toxicological analysis via liquid chromatography–tandem mass spectrometry (LC-MS-MS) revealed aconitine in the urine, liver and kidney samples. Forensic analysts and investigators think aconitine poisoning contributed to the man’s death, although possible ligature strangulation suggests he was not yet dead as his wife began to drag him around their home. Whether committing crimes or casting spells, one might think they’ve been successful until chemistry reveals all.