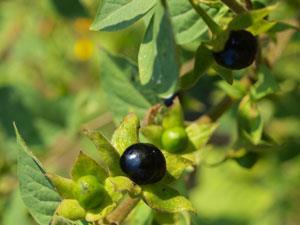 This week, who is serving your drinks? Because Dan Johnson has got a reason for suspicion…

Bitter and sweet, cool and refreshing. Alexandra Agutter took a sip of her gin and tonic, letting taste and relaxation wash over her. It was Friday and she had the weekend to look forward to, after all. But something was not quite right. An unfamiliar member of the drink’s usual pantheon of flavours. Something too bitter. Much too bitter… 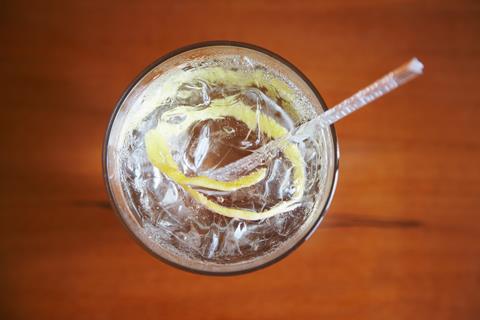 Perhaps these thoughts went through Alexandra’s mind on that late summer’s evening in her lodge in Athelstaneford, East Lothian. But soon her mind would be incapable of such linear thought. She would grow delirious – her vision blurred and her mouth dry. Alexandra had been poisoned with the bitter-tasting and infamous compound, atropine.

Known for thousands of years as the poison found within deadly nightshade berries, atropine poisons by inhibiting the messenger molecule acetylcholine, a neurotransmitter which relays signals between neurons and receptors. This disrupts the nervous system, causing the symptoms that Alexandra now felt.

Her husband Paul Agutter, a biology professor at nearby Edinburgh Napier University, called their GP, but there was no answer, so he left a message. Alexandra’s symptoms continued to worsen. But thankfully for her another practitioner had picked up Paul’s message, and alerted the emergency services. Finally paramedics arrived, and Alexandra was taken to hospital, while one of the ambulance technicians insisted on taking the rest of her G&T for testing.

Alexandra’s case was quickly surrounded by national hysteria, as seven other people in the Edinburgh area were hospitalised with the same symptoms. All had bought tonic water from the local Safeway, and a young man named Wayne Smith had confessed to the crime of mass poisoning. It must have seemed at this point that the whole affair was down to an eccentric loner.

Yet the crimes were soon to unravel, revealing crucial mistakes and, eventually, the identity of the real perpetrator. First came Alexandra’s gin and tonic: the concentration of atropine in her glass was found to be higher than in the tonic bottles recovered from the supermarket. How could this be? Next there was the evidence of a Napier student who worked at the Safeway store: he had seen a man putting bottles of tonic back on the shelves. Finally, CCTV cameras established that Paul Agutter was in the store at the time.

The university lecturer had tried to kill his wife – using atropine he was able to buy in his role as a researcher – and had created a national scare as a smokescreen. In the end Alexandra had a lucky escape – she didn’t drink the whole drink because it was so bitter, and her husband had also miscalculated the amount which would be needed to kill her.

It later emerged that Agutter was hoping to bump Alexandra off and marry his mistress, a student at Napier. Remarkably, having served 7 years of his 12 year prison sentence, Agutter was appointed as an ethics lecturer at Manchester University in 2003. He now sits on the editorial board of the journal Theoretical Biology and Molecular Modelling. 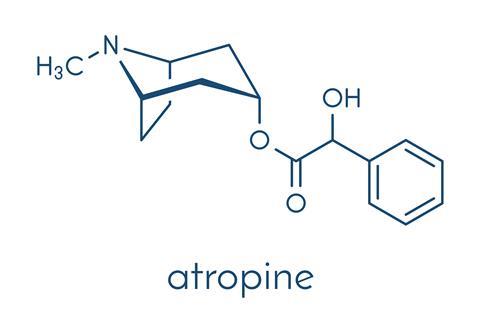 Atropine has a long history. It is named in honour of Atropos – one of the three Fates – who decided on the death of every living being. Fitting, as a single berry of deadly nightshade can kill a child. The plant itself is known as Atropa belladonna, or beautiful lady, so called because of its pupil dilating properties. As early as the 16th century, Italian women used drops of the nightshade berry juice to give the wide-eyed look which was considered extremely attractive.

But although the effects of deadly nightshade berries have been known since antiquity, atropine was only isolated from them in 1833, by Philipp Lounz Geiger and Germain Henri Hes. Within the plant, atropine is occurs as the L-isomer of hyoscyamine, whilst the atropine used in medicine is a racemic mixture of the D- and L- isomers.

The same properties which make atropine poisonous make it a useful medicine with a plethora of uses, by far the most surprising of which is its role as an antidote. The US military insists that soldiers carry emergency injections of atropine (in its sulfate form) – along with a further chemical, pralidoxime chloride - to protect against nerve agents such as sarin. But how can a poison also be an antidote?

It seems that in this case, two nerve agents do make a right. Sarin stops the breakdown of acetylcholine, the aforementioned neurotransmitter, overloading the nervous system with nerve impulses and eventually ending in death, as the muscles involved in breathing stop working. This is where atropine comes in. Its ability to inhibit acetylcholine receptors mitigates the effects of sarin. Pralidoxime then destroys the sarin molecules. Atropine must, of course, only be injected once symptoms of sarin poisoning have manifested.

Atropine the beautiful, atropine the deadly. Whichever way you look at it, atropine is not to be trifled with. And remember, beware a bitter G & T.

Chemistry World’s Dan Johnson there, respecting the chemistry of atropine. Next week, we speed things up.

The historic importance of this compound is that it was the first homogeneous hydrogenation catalyst to be discovered, and a very efficient one at that, better than the existing catalysts and operating at 25°C under normal atmospheric pressure.

And discover what this remarkable compound is by joining Simon Cotton in next week’s Chemistry in its Element. Until then, thank you for listening, I’m Meera Senthilingam.