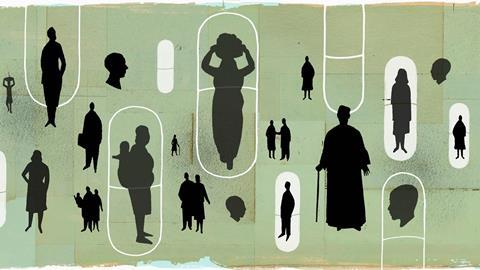 The side effects of being unique

As even the largest clinical trials won’t capture all possible bad reactions to a drug, we need pharmacovigilance

Every drug ever discovered has side effects. That’s a commonplace, or at least it should be. But it immediately brings up the important questions of how severe those side effects might be and how often they occur under normal usage. Drug developers speak of a therapeutic window between the effective dose and the higher doses that are more likely to bring on trouble. Anything is trouble at a high enough dose, of course: water itself is deadly if you drink an insane amount of it in a short time. But ideally, you want a nice large gap between what a patient is likely to take and any kind of toxic dosage. In case you’re wondering, the most common drug with a narrow window is paracetamol, overdoses of which account for most of the acute liver failures in the Western world, particularly when combined with alcohol.

But what about side effects at the normal doses themselves? This becomes a job for statistics, because the more people who take a given medicine, the greater the chance that someone will have a bad reaction to it. These can range from headaches or a short-lived skin rash all the way up to extremely serious conditions such as anaphylactic shock, and as you would imagine, drug companies are rather keen to know about how common such things might be. But that’s hard-won knowledge in many cases. The word pharmacovigilance covers the process of watching for such things after a new therapy is approved, and it can be hard on the nerves.

Clinical trials with 10,000 or 20,000 patients in them were not sufficient to pick up on this problem, and those are about the largest that ever get run

The recent headlines about vascular side effects with some of the coronavirus vaccines are a good illustration of this. As I write, this is very much a developing story. But it seems clear that the vaccine clinical trials with 10,000 or 20,000 patients in them were not sufficient to pick up on this problem, and those, frankly, are about the largest clinical trials that ever get run. By the time you’re down to one in 50,000 or one in 100,000 patients showing a given side effect, you are truly outside the range of your statistical power during development.

So what brings on such rare events, and why are they so rare in the first place? The vaccine story again provides an answer: the extraordinarily personal nature of the immune system. To start with, our gene sequences are at their most variable when coding for various immune system proteins. Things are further personalised by DNA recombination events in our B cells, giving every one of us a huge combinatorial library of antibodies. Then our individual life experiences give us each a further individual immune landscape in our memory B and memory T cells. There have not been enough humans on earth yet to produce a duplicate.

So with a therapy like vaccination, which directly targets immune function, it’s clear how you might hit on a rare combination of cross-reactive antibodies. But this goes even for totally unrelated small molecule drugs as well. It’s particularly so for the ones that might form covalent bonds to reactive protein residues (perhaps nearly a third of all marketed drugs). The modified proteins that get produced occasionally set off an immune response with one of the untold trillions of possible antibodies, and a side effect is born.

Thus far, it’s basically impossible to predict such things. Nothing close to a full antibody profile has ever been carried out on a human. The number of possibilities (all those antibodies, all those theoretical binding events and downstream effects) is beyond experiment and beyond computation, and will stay that way for the foreseeable future. What does that leave us?

Pharmacovigilance. We have to stay alert for such things and gather as much reliable data as we can as quickly as we can. If there are particular classes of patients who are more at risk, we have to learn who they are so that they can be warned while others can continue to get the benefit of the therapy itself. Harming a few people can be unacceptable, but so can denying a much larger number of needy patients. It all depends on the numbers, the harm and the need. It’s a judgment call, and always will be – and if it’s not your decision to make, be glad.