The third degree on actinide covalency

At the end of the 20th century, actinide research was dwindling. The field was losing experienced chemists to retirement and, given the practical challenges of working with these elements, younger chemists were losing interest. In addition, the shadow of the Chernobyl disaster loomed large over the future of nuclear energy. International collaborations combined with advances in both experimental and computational techniques, however, have reignited chemists’ interest in the bottom of the periodic table.

Earlier this year, researchers in the UK announced that they had generated electricity from the synthetic element americium. A significant part of that achievement was separating americium from the UK’s plutonium stockpile. Their hope is that americium pellets will one day power deep-space probes and planetary rovers for hundreds of years at a time. Nuclear space batteries aren’t a new concept; plutonium-238 is currently powering the deep-space missions Voyager, Curiosity and New Horizons – but it’s only available from Russia and the US. Using americium avoids importing plutonium, and ‘cleaning’ the UK’s stockpile by removing americium is a step towards reusing it as nuclear fuel. Actinide research has vital practical applications.

And far from being boring, actinides pose some important question for fundamental chemistry research. Research we covered at the end of May – a collaboration between researchers in Denmark and across the US – is a sophisticated study on crystals of plutonium and americium tungstates that has uncovered new insights into the bonding in those compounds. It’s part of a growing body of research into the degree of covalency in actinide bonding. 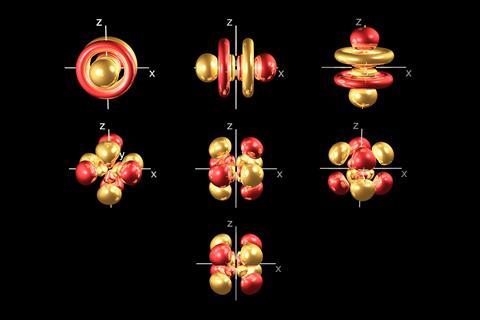 It was never a secret that actinide bonding is complicated. Their compounds often display strong relativistic effects, significant electron correlation effects and weak crystal fields. Add to that the 5f, 6d, 7p and 7s shells may each play a role in bonding, and it’s clear there’s a lot still to learn. For years, many chemists maintained that f-orbitals were buried too deep to interact with ligand orbitals. That notion has since been overturned and this new actinide tungstate research underlines the fact there is still much to understand about the 5f orbitals. I’m sure it won’t be the last incorrect assumption about actinide bonding. The work has its practical side too: many nuclear waste treatment strategies rely on engaging the actinide valence orbitals in bonding.

I’m excited to see how new computational and experimental techniques will inspire scientists to ask fresh questions about the actinides. Next, I await a flurry of research that demands more from the actinides, for example actinide-catalysed synthesis, to make them relevant beyond the nuclear fuel cycle.