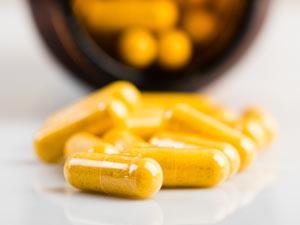 Simon Cotton explains the explosive history and the dangers to health of the weight-loss drug, 2,4-dinitrophenol

This week, things start with a bang. Simon Cotton explains.

When chemists spot a nitro- compound, they know there is a good chance that it will be explosive. Early in the 19th century, an Italian chemist called Ascanio Sobrero discovered how to make nitroglycerine and subsequently Alfred Nobel found a way to make it into an explosive that was less-shock sensitive, which we call dynamite. Later on in the 19th century chemists invented TNT (2,4,6-trinitrotoluene) and 2,4,6-trinitrophenol, picric acid, both of which were widely used as explosives in first world war shell fillings. 2,4-dinitrophenol, which has one less nitro- group than picric acid, is less shock sensitive, so mixtures of it with picric acid were also used as an explosive shell filling, especially by the French. 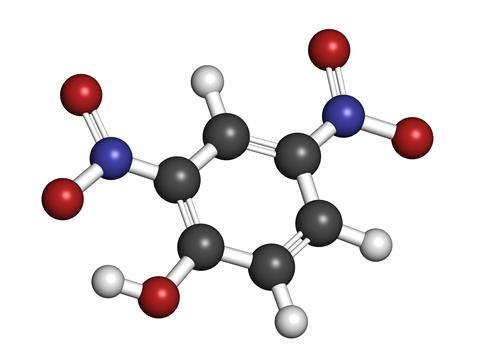 People in the French munitions factories soon noticed that working with 2,4-dinitrophenol, DNP, was affecting their health. They were absorbing DNP through their skin or lungs, and would experience weight loss, weakness, dizziness and excess sweating. A few days break from work would usually cure these symptoms, but in some cases the patient would die, with temperatures rising to over 40 degrees, maybe as high as 43-44 degrees C (110 ?F).

In the early 1930s, a team of researchers at Stanford University, led by Winston Cutting and Maurice Tainter, studied the effect of DNP on human metabolism. It was found that moderate doses of DNP produced an increase in metabolic rate of about 50 percent. It was considered as a possible diet-aid medication, and weight losses of 2 to 3 pounds a week could be obtained with safe doses of dinitrophenol. At the time, when people were less conscious of health and safety, it was possible to obtain DNP from a drug store. Fatalities were observed among unsupervised people, including doctors. Another side effect was that it led to the formation of cataracts. In 1938 the American Food and Drug Administration (FDA) banned its use in humans.

In 1948, scientists found that DNP uncoupled oxidative phosphorylation in cells. Normally the body uses carbohydrates and lipids to produce ATP, adenosine triphosphate, the ‘energy currency’ of cells. DNP transfers protons across membranes and interferes with the production of ATP. To compensate, the body’s metabolic rate increases greatly to produce the energy that the body needs, turning more fat and carbohydrate into energy, consequently more heat is produced as fat is ‘burned’.

DNP went underground for years, but made a comeback in the 1980s, when stories circulated about the Russians using it to keep their troops warm in the winter. The internet has given it a wider circulation, describing it as a ’safe weight loss drug’. Anything but. Extravagant claims were made by people who said that they lost 20 pounds in 12 days by taking it; it was promoted as ‘the king of the fat-loss drugs’. And of course the health problems and fatalities associated with its use returned. The people marketing it will hedge around with labels saying ‘not for human consumption’, but obviously consumers do not get the guidance that would be given by their GP. The scientists who evaluated it in the 1930s found that peoples’ tolerance to DNP varied greatly, and it could only be used under extremely carefully supervised conditions, where the dose could be titrated according to the individual. 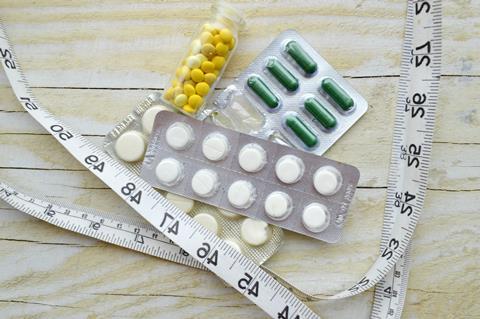 Athletes, weightlifters and bodybuilders have used it to lose weight quickly and get that sculptured physique. In 2013, an 18-year-old rugby player named Chris Mapletoft died after taking DNP, whilst in the year before a 28-year old High Wycombe bodybuilder, Sean Cleathero, died after his temperature rose to 42?C when he consumed DNP at his gym.

Fatalities are regularly reported among people using it as a slimming aid, especially young women. A 27 year-old woman who wanted to lose weight bought some over the internet; she wanted faster results so she took double the recommended dose. It killed her. In 2015, Eloise Aimee Parry, a 21-year old university student from Shrewsbury died after taking it. It has been reported that she took eight pills instead of the suggested dose of one, in order to lose weight faster. In 2013, a 23-year-old Leeds University medical student named Sarah Houston bought DNP over the internet. It killed her too. Geoff, her father, said: ‘For those who are selling it, if you have any ounce of decency, you must stop.’

An advertiser’s promises about DNP – a big loss of weight without dieting – sound too good to be true. And when something sounds too good to be true, it usually is. Being able to buy a chemical – especially over the internet – does not make it safe. There is no antidote to DNP poisoning.

Birmingham University’s Simon Cotton, advocating more traditional methods of weight-loss through the adverse chemistry of 2,4-dinitrophenol. Now, next week, another compound embroiled in debate around maintaining our health.

Today Gluten is the focal point of a great health controversy. Opponents of gluten claim that most people benefit from leaving it out of their diet, whilst proponents claim it’s all just a fad.

Which side are you on? Discover the chemistry for yourself in next week’s Chemistry in its Element. Until then, thank you for listening. I’m Meera Senthilingam.