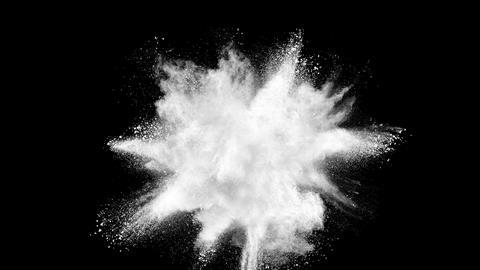 This week's compound is causing a boom

In September 2001, I was invited to give a lecture at the Coordination Chemistry Laboratory in Toulouse, in France. About 20 minutes before my talk, the seminar organiser was asking how he should introduce me, when suddenly the whole building shook. There was an enormous boom, and the huge plate glass window in front of me turned white, then vanished in a pile of shards. We looked at each other, completely stunned.

I'm no stranger to explosions. I had previously heard three terrorist explosions in London, UK. I had also witnessed some pretty substantial bangs during my time as a graduate student or while doing lecture demonstrations. But this was different. This was big.

My host and I ran across the hallway and into the labs looking for the accident we were sure must have happened. There were broken windows everywhere, but no other apparent damage. It was completely bizarre. Bewildered people in white lab coats were wandering about asking what had happened. It was a total mystery. At that moment the fire alarm rang and we all headed out through the shattered glass doors of the main entrance. I picked up a few fragments and slipped them into my pocket. 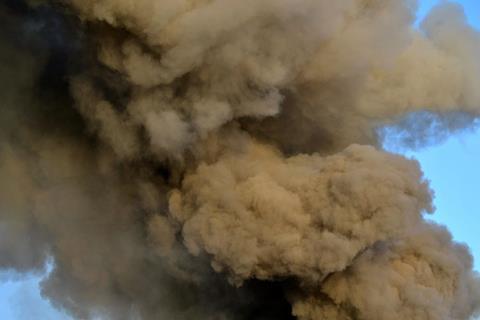 As everyone gathered, we looked across at the sky over the hill as a huge orange-brown cloud opened a spectacular gap in the low grey clouds. 'The explosives factory has blown up!' someone said. This being less than two weeks after the destruction of the World Trade Centre in New York, US, there was suddenly panic. As we quickly got in the car to pick up my host's children, we saw crowds of people walking in the streets. Some were weeping. Others were clutching handkerchiefs over their mouths. Yet apart from the occasional broken window there was no sign of anything sinister. No smell. No fire. Just fear.

By the evening it was clear that this was an industrial accident. A big one. One in a long line of accidents involving the crucial industrial chemical ammonium nitrate, a compound that is widely used both as a fertiliser and as an explosive.

At the start of the 19th century it was realised that nitrogen is one of the limiting elements in agriculture. The need for nitrate drove the search for fertiliser. Shiploads of bird guano travelled from remote islands to support the insatiable appetite of Europe's growing population. 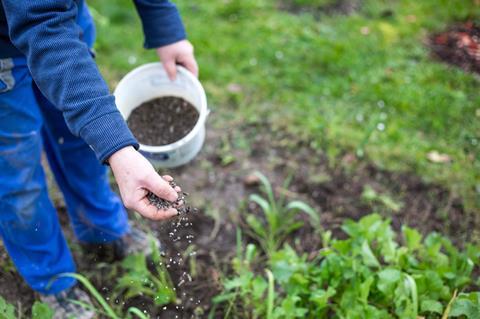 But the scarcity of nitrogen compounds ended with the invention of the Haber-Bosch process. With the ability to make ammonia on demand by combining nitrogen from the air with hydrogen obtained by steam reforming of coal or natural gas, ammonia became a huge commodity chemical. The ammonia could then be oxidised in the Ostwald process, by combining it with air over a hot platinum catalyst - in essence burning it - to give nitric acid.

This is how ammonium nitrate (NH4NO3) is made - hot ammonia and nitric acid are combined in a ferocious neutralisation reaction. After removal of water, the molten salt is squirted into a spray tower where the falling droplets solidify as tablet-sized lumps called prills.

The density of the prills can be controlled. The denser material is destined for use as fertiliser, but the lighter, more porous material feeds into the explosives industry. If for most of us this brings to mind the idea of warfare and terrorism, let us not forget that explosives are mostly used in mining and construction, where they break up rocks in quarries, prepare the foundations of buildings, and help us tunnel through rocks.

It is an intriguing feature of ammonium nitrate is that it should not, according to thermodynamics, even exist. It is a compound that contains nitrogen in two forms - surrounded by oxygen in one and by hydrogen in the other. In chemical parlance the nitrogen is, side-by-side, in oxidised and reduced forms. Normally one would expect them to react together, combining to form the more stable dinitrogen, dioxygen and water in a complicated partner swapping process called comproportionation. But in ammonium nitrate, this process does not happen at room temperature, making it a metastable compound, like a lake of water trapped behind a dam. Even if you are careful, ammonium nitrate is an accident waiting to happen.

In the 1920s, the ammonium nitrate manufactured at the birthplace of the Haber-Bosch process - the ammonia works in Oppau in Germany - was stored in a warehouse. In the damp winter it picked up moisture, compacted, caked and hardened. Workmen would take pickaxes or even pneumatic drills to prepare the white rocks for packaging. On the morning of 21 September 1921 they made the job easier by using dynamite.  several hundred tonnes of ammonium nitrate blew up. 700 people were killed. The town was flattened and the blast was reputedly heard 300km away. Thankfully nowadays the prilling process makes the material much less sensitive to caking and much safer to handle. 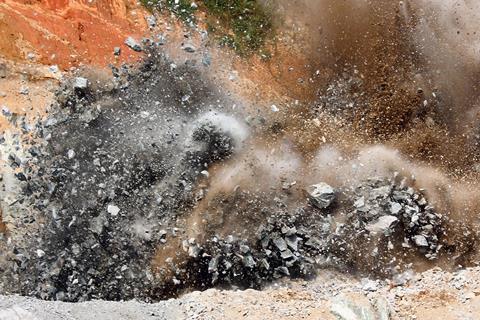 It was an American chemist called Acre who first combined ammonium nitrate with about 6 per cent by weight of diesel fuel. He called this explosive Acremite, and it began to be used in open pit mining, often manufactured by the miners themselves. Made more precisely it became known as ANFO, ammonium nitrate fuel oil, the most widely used commercial explosive today. Combined with a variety of organic compounds including trinitrotoluene (or TNT), ANFO can be used to make pourable or even mouldable explosives.

ANFO has been widely used by terrorists because fertiliser is easy to come by. The bombs I heard in London 20 years ago, set off by the Irish Republican Army, were ammonium nitrate-based. And Timothy McVeigh blew up more than two tonnes of home made ANFO in Oklahoma City, US, in 1995 - an explosion that killed almost 170 people. I could go on listing these horrors, but I think you've got the idea.

I left Toulouse a couple of days later and saw the destruction left behind by the huge explosion, which some reckoned to have been the worst industrial accident in French history. I still have those fragments of glass I picked up, a grim reminder of the astonishing power locked up in such an innocuous looking white powder.

A deceptive powder indeed. UCL's Andrea Sella there, with the powerful and explosive chemistry of ammonium nitrate. Now, next week, we cook up a lethal compound.

One reason that amphetamine abuse is widespread in countries like the US is that methamphetamine can easily be synthesised, not just in laboratories, but also in trailer parks, motel rooms and ranches. Instructions are readily available on the internet. If methamphetamine hydrochloride is recrystallised carefully, you can get large crystals that have become known as 'crystal meth' or 'ice'. These can be smoked rather than injected, which has also contributed to increases in methamphetamine abuse.

Meera Senthilingam
And to find out the effects of crystal meth and methamphetamine in general on our bodies, and the chemistry behind this, join Simon Cotton in next week's Chemistry in its element. Until then, thank you for listening. I'm Meera Senthilingam.