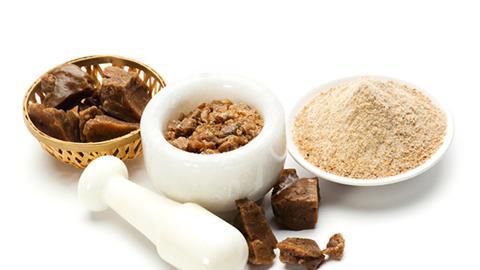 With a name that literally means rotten resin, asafoetida is a surprising food additive and deodorant

You can get an extraordinary range of spices from your local supermarket, myriad colours, flavours and aromas to really give your cooking something special. But you have to wonder how this particular spice *pop*, written about by Katrina Kramer and read here by Philippa Matthews, ever made it into food… *sniff, react*

*Clean up on aisle five please*…

When you think of Indian cooking spices, you would probably think of pleasant aromas like cumin, coriander or cardamom. It probably wouldn’t occur to you to add something the French so charmingly call merde du diable – meaning Devil’s dung – to your curry. Nevertheless, the smelly root resin asafoetida is a staple spice of Indian cuisine – and one of those ingredients that really make you wonder how it ever turned into food.

Asafoetida’s name derives from the Persian word for resin (aza) and the Latin foetidus, meaning rotten. Unlike many other spices, the dried sap of the carrot-like giant fennel root is all but pleasant-smelling. Its odour is reminiscent of the rotting contents of a bin on a summer day mixed with sweaty feet. 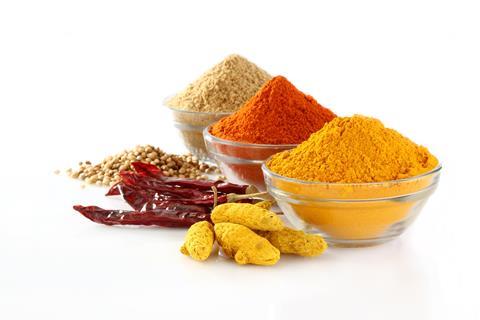 The solid lumps of pure asafoetida are rarely used for cooking; commercial asafoetida is usually a powdered mixture of 30% ground resin with flour or starch. This makes it easier to add it to dishes and also helps to dilute its smell. Keen chefs who like to use asafoetida in its pure form need to separate it from other foods and keep it in an airtight container to prevent its strong aroma from contaminating other food items stored nearby. Suprisingly, when fried in oil, the resin’s aroma becomes more subtle. Some say fried asafoetida tastes of garlic, onion or leek, but the spice also has a strong savoury component, resembling meat, soy sauce or parmesan cheese. It can harmonise sweet and spicy food components or add a savoury kick to vegetarian dishes.

Like many spices, asafoetida is not a single substance but consists of a complex mixture of sugars, fats, fibres and proteins. Essential oils make up around 10% of the resin; some like pinene, limonene and vanillin have a decidedly pleasant odour, but they are overpowered by an array of di- and trisulfides. One of them, dimethyl trisulfide, is the compound that makes cooked onion smell arguably pleasant. But it is also the compound that contributes to the foul smell of the so-called dead-horse arum, a lily that smells like rotting meat to attract flies, which act as its pollinators.

Humans can detect dimethyl trisulfide at levels as low as one part per trillion – that is the equivalent of a single drop of water diluted in 20 Olympic-sized swimming pools. The reason humans find even small amounts of sulfur-containing compounds repugnant is that many of these small molecules are toxic in higher concentrations. Our olfactory system developed to give an early and very firm warning to remove us from the source of the smell. But sulfides are not all bad. In tiny amounts, they also give grapefruit and cooked meat their characteristic flavour.

While asafoetida itself can be pretty malodourous it actually helps to reduce another unpleasant smell: that of flatulence. The spice contains antibacterial compounds that reduce the activity and growth of gut bacteria. Added to lentils or beans, asafoetida not only makes for a nicer tasting dish, it also reduces the in vitro gas production caused by consuming legumes. 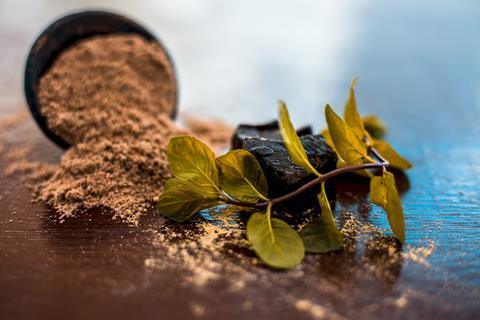 Asafoetida has been long known not only for its gas-reducing but also for its other medicinal properties. During the Middle Ages many people carried pouches containing strong-smelling herbs and spices around their neck or in their pocket to ward off illness-causing evil spirits or miasma – the ‘bad air’ that supposedly caused diseases. Though some components of asafoetida can be used to treat illnesses, carrying the spice on your person would probably only do one thing: protect against most social interactions. This would indeed help avoid contracting some contagious diseases but for reasons entirely different to those people believed during pre-germ theory times.

Early claims of asafoetida’s medicinal properties – mostly stemming from the belief that its vile smell could somehow deter illnesses – were numerous. The spice was given to patients to counteract the intoxicating effects of opium, it could apparently cure epilepsy and it might have even been used as a contraceptive or abortion-inducing substance. While most of these claims have not been substantiated by modern studies, scientists found that many of the spice’s components have actual physiological effects. Asafoetida was used to remedy influenza during the ‘Spanish flu’ pandemic at the beginning of the 20th century that killed 50 to 100 million people. In 2009, researchers extracted 230 small organic compounds from the giant fennel root resin. Some showed antiviral properties and were even better at killing the H1N1 flu virus than commercial antiviral drugs.

In search for drugs to treat modern illnesses, researchers keep coming back to folk medicine. By not shying away from unpleasant odours, scientists have found other compounds in asafoetida that have antimicrobial and anti-cancer effects, and some that can relieve bronchitis and asthma. In the case of asafoetida, looks – or in this case smells – really can be deceiving.

Philippa Matthews on asafoetida, as written by Katrina Kramer. Next week, if the idea of eating rotten-smelling spices has got you feeling faint, Michael Freemantle has just the thing you need…

Smelling bottles at that time typically contained an ammonium salt as the active ingredient. On opening the bottle, the salt released ammonia. When inhaled, the pungent gas has a powerful impact on the airways causing vigorous breathing. The salts were traditionally used to revive people in distress, most notably those who were fainting or had fainted.

Get the pick-me-up you need with Mike Freemantle in next week’s Chemistry in its Element podcast. Until then, do get in touch through with any questions, comments or compound suggestions – by email to chemistryworld@rsc.org, or @chemistryworld on twitter. I’m Ben Valsler, thanks for joining me.