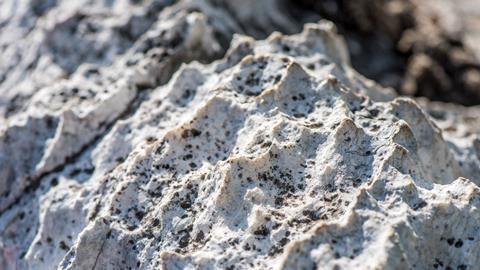 This week, be careful as we're walking on eggshells around Brian Clegg

There is nothing particularly worrying about calcium carbonate. It's a straightforward, solid kind of compound. And yet it inevitably comes to mind at times when it feels like you are treading on eggshells - because calcium carbonate is the substance that gives most shells their rigidity.

This is a simple compound, familiar in many forms, made up of a doubly positive charged calcium ion bonded to carbonate's carbon plus three oxygens. It is a very common mineral,  the substance of limestone, marble and chalk, where it usually takes one of two crystalline structures, calcite and aragonite. 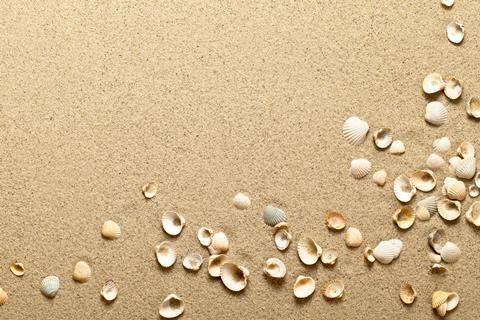 Most calcium carbonate bearing rock is sedimentary, deposited millions of years ago from the shells of dead sea creatures, then compacted under subsequent layers of sediment. Chalk and limestone are fairly similar materials, chalk being less compacted and so softer. Marble takes longer to form, starting with a raw material of chalk or limestone that then gets transformed by heat and pressure, recrystallising to produce a significantly harder interlocking structure of crystals.

Perhaps the most interesting natural form of calcium carbonate is a clear calcite crystal known as Iceland Spar. In 1669, Erasmus Bartholin, a Danish scientist, published the snappily titled Experimentia Crystalli Islandici Disdiaclastici describing a strange behaviour of Iceland Spar. When a block of the crystal is placed over an image, two copies of the image appear through the block. What Bartholin assumed was that two different types of light were being refracted to different extents. In a sense this is true, except that the two 'types' of light are simply polarised in different directions. 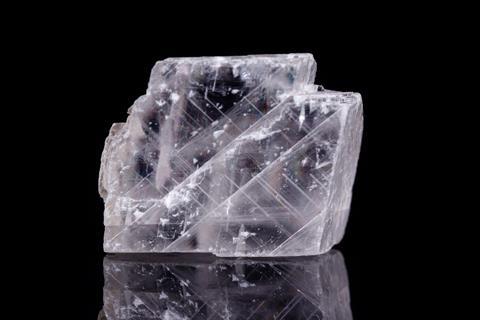 This property of birefringence or double refraction has been used commercially, most notably in Second World War bombsights where the amount of separation of the two images was used to estimate distances, but this is a tiny part of the many ways that calcium carbonate has found its way into our lives. Far into prehistory, chalk's natural softness and bright white appearance made it ideal for producing pigments and constructing dramatic images on chalk downs, like the Wiltshire white horses, where turf is cut away to reveal the chalk below.

Calcium carbonate in both limestone and marble forms has also been used as a building material since ancient times. Although limestone has a reputation for being relatively soft, this hasn't stopped limestone buildings making a big impact. For around 4000 years the Great Pyramid at Ghiza was the tallest building in the world - and it is constructed from 2.5 million limestone blocks.

There was another early building material use for calcium carbonate as a result of one of the first industrial chemical processes. Since ancient times it has been known that heating calcium carbonate produces quicklime - calcium oxide. This is used in mortars and cements, either directly or with water added to form slaked or hydrated lime - more properly calcium hydroxide. Quicklime was also hurling into the faces of the enemy as a weapon in the thirteenth century, where its reaction with water would burn the eyes and skin of the opposing force. 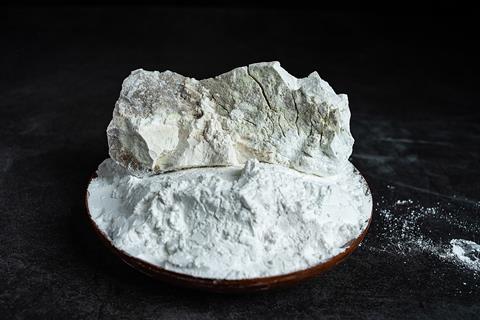 Since the early days, calcium carbonate has found its way into agriculture too, as a means of reducing the acidity of soil. And it has had a double impact on the glazing business. The putty that holds window glass in place has been a mixture of chalk and linseed oil since the eighteenth century, while limestone is consumed in large quantities by to provide calcium oxide as one of the components of glass.

By the early twentieth century, calcium carbonate had found its way into many manufacturing processes. It would be the mainstay of toothpaste, for example, for over half a century. It was used in bread making (to increase calcium intake), in plastics and in paper. And a typical reaction of calcium carbonate has meant that it has helped out many a troubled stomach.

Calcium carbonate reacts vigorously with acids to produce the appropriate salt, carbon dioxide and water. When it encounters hydrochloric acid in the stomach, it is converted into calcium chloride, reducing acidity and removing the unpleasant sensation of excess stomach acid and acid reflux. Calcium carbonate also finds its way into medical treatments for reduced calcium levels that potentially lead to osteoporosis. 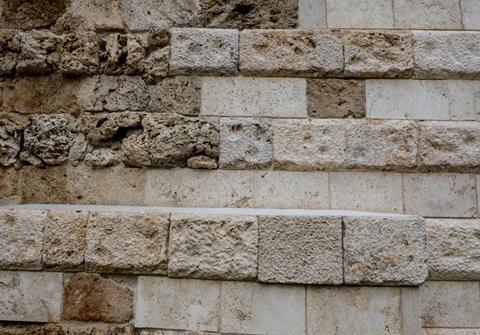 Unfortunately this enthusiasm to react with acids means that buildings made of calcium carbonate stone, particularly limestone, suffer badly from erosion where there is acid rain. Sculptures lose definition, while inscriptions can disappear entirely, leaving whole graveyards with blank, silent markers.

With its origins from both plants and animals, and its final destination in common rocks, calcium carbonate is a nightmare for players of the parlour game 'Animal, vegetable or mineral.' But whether it's in dramatic chalk white horses,  that has helped shape the built environment.

It certainly has: buildings, sculptures, giant white horses in fields and even toothpaste. Certainly a diverse range of uses. That was Brian Clegg with the chemistry of calcium carbonate. Now, next week, we smile for the camera.

One such property that they were seeking was that of an effective anaesthetic. Having relied for years on opium and alcohol for pain relief, the introduction of diethyl ether as an anaesthetic in 1846 was a revelation for the medical profession. However, ether produced undesirable post-anaesthetic effects such as nausea and vomiting. Chloroform began to be used by British physicians as a better alternative in the late 1840s.

But chloroform turned out to be a rather toxic compound in this application. And to find out why, as well as where else this compound is now used in industry join Akshat Rathi in next week's Chemistry in its element. Until then, thank you for listening. I'm Meera Senthilingam