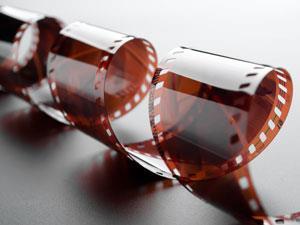 This week, the hero of the movie industry - behind the scenes, that is. Explaining more is Brian Clegg.

Once upon a time, the film for photography was a dangerous medium. The base material that carried the images, the actual ‘film’ itself, was celluloid, based on cellulose nitrate or nitrocellulose, also known as guncotton. This is a dramatically flammable material that can spontaneously combust if stored under the wrong conditions – hardly the right thing to put through a hot movie projector. The saviour of the movie industry was another early natural plastic, cellulose acetate. 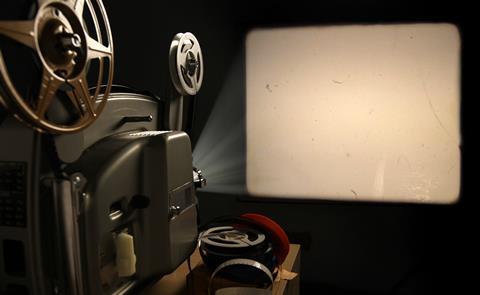 Cellulose is a polysaccharide, a natural polymer made up of glucose molecules, found in the cell walls of green plants – it has been one of the main constituents of paper for a good 2,000 years. But in 1865 the French chemist Paul Schützenberger discovered that acetic anhydride would react with cellulose derived from wood pulp, to form a new compound, cellulose acetate. Initially this was little more than a notch on the compound discoverer’s bedpost, but a pair of brothers working in Switzerland would make cellulose acetate much more significant.

Based in Basel, Camille and Henri Dreyfus were in search of a new wonder product and, around 15 years after Schützenberger’s discovery, settled on cellulose acetate. Thanks to the discovery that the polymer could be dissolved in acetone to be formed into new structures, by the time of the first world war they had established three different major uses for the compound. The familiar film form was first used as a safety replacement for celluloid by the French movie makers Pathé Frères. But the compound could also be made into fibres that could be incorporated into clothing, initially mixed with silk, and as a lacquer or ‘dope’ that would prove popular for tightening the fabric on the wings and bodies of aircraft in the newly blossoming aviation industry.

The Dreyfus team were successful in Europe and America, but they weren’t the only ones leaping onto the growing cellulose acetate bandwagon. As early as 1894, the British pair of Charles Cross and Edward Bevan were granted a patent for making the compound, while others had been working on the techniques required to extrude it as fibres well before the Dreyfus brothers – but the French pair seem to have been the first to really grasp the importance of this new material.

Being able to produce cellulose acetate yarn depended on finding a good solvent – both acetone and the compound known as Schweizer’s reagent were used. The artificial fibre was first employed with silk to keep delicate moiré patterns stable, but later would be combined in blends with cotton and other materials to produce a low cost, robust and low crease material. Cellulose acetate is one of a number of cellulose plastics that are generically known as rayon, though in other forms cellulose acetate has also been known as cellon, rhodoid and celanese. 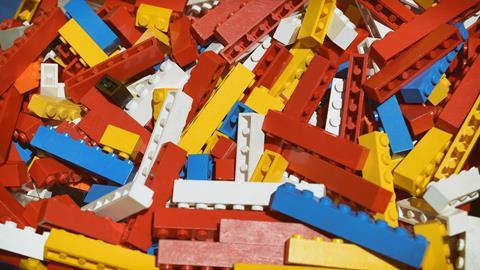 Although we tend to think of cellulose acetate as primarily having applications where flexibility is important, including the once-essential overhead projector transparencies often simply known as ‘acetates’, in thicker sheets it is quite rigid and was used from the 1940s to make aircraft windows and gas mask eyepieces, remaining a popular lightweight safety alternative to glass until largely replaced by acrylic. It is still employed for glasses frames and buttons, and was even used to make Lego bricks for the first 15 years of the production of those familiar toys.

The solid form of cellulose acetate continues to have a market where the object made from it is to be frequently touched – in tool handles as well as glasses frames, for instance – because it is thought to have a more pleasant, natural feel than the more modern types of thermoplastic. Cellulose acetate was the first plastic to be injection moulded – the process, which has become a standard of the plastics industry, was developed for it. It has also found its way into everything from cigarette filters to playing cards.

A lot of the solid acetate components produced today make use of other variants, notably cellulose acetate butyrate and cellulose acetate proprionate. A further version, cellulose acetate phthalate (where the compound has been reacted with phthalic acid), is often used to form the film coatings that protect medicines in tablet form and prevent any interaction with the gullet before the tablet reaches the intestines.

Cellulose acetate has proved remarkably versatile over the years, far more than the Dreyfus brothers could ever have imagined when they first began looking into commercial applications. It has been replaced as film stock now by polyester film (itself now largely heading for the scrapheap thanks to digital imaging), because cellulose acetate film can deteriorate when exposed to acids or heat, giving off acetic acid which has given the breakdown of the film stock the label ‘vinegar syndrome.’ But that didn’t stop a whole generation of cameramen and projectionists from giving hearty thanks for a film that did not have a tendency to burst into flames.

Well, thank goodness for that! Science writer Brian Clegg putting out the fire there with the compound cellulose acetate. Now next week, it’s time for a curry, for medicinal purposes, of course…

Normally when you think of spices in a curry you think of the capsaicin, the molecule in chilli peppers that is responsible for the distinctive ‘hotness’ of a curry. But other spices used in curries are important, and not just for the nice aromas that they create; they are increasingly being studied for their possible medicinal properties. Several have antibacterial properties, like cinnamon and coriander, which are likely to be due to the aldehydes they contain.

But the spice that has attracted most interest is turmeric, on account of a molecule it contains called curcumin.

And discover how this compound enables such benefits by joining Simon Cotton in next week’s Chemistry in its Element. Until then, thank you for listening, I’m Meera Senthilingam.