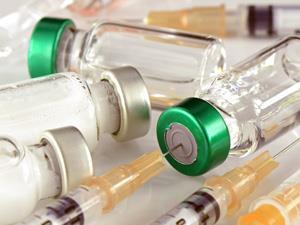 This week, a story of medical solutions from sewage. Ben Valsler:

It may not surprise you to hear that a story which starts knee-deep in sewage will end with the spread of drug resistant infections like MRSA and c. dif. But this story doesn’t take an obvious path, meandering as it does through the history of medicine, along paths paved with the best of intentions, setting the scene for what may be the biggest health challenge mankind has faced since the dawn of medicine. This is the story of cephalosporins – a diverse class of structurally similar antibiotics. 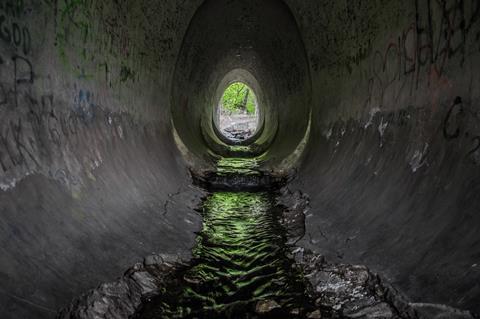 But back to the sewage. As you might imagine, a sewer system is a rich microbial ecosystem, fed with human waste and plenty of water. This gives rise to interesting interactions, where many species fight amongst the faeces, vying for dominance and continually evolving new ways to stay on top. As a result, the chemical mechanisms developed by some of these species make ideal drug candidates.

In 1948, Italian scientist Guiseppe Brotzu was examining fungal cultures extracted from a sewer in Sardinia. Although penicillin had been discovered 20 years earlier, it only became regularly used to treat infections in 1942, so the idea that fungi could provide useful antibacterial drugs was still relatively new and exciting. He noticed that cultures of the fungus Cephalosporium acremonium suppressed growth of Salmonella typhi, the infectious agent responsible for typhoid, and that a crude filtrate from the fungus could also inhibit growth of Staphylococcus aureus.

In Oxford, Guy Newton and Edward Abraham, the latter best known for his contribution to the development of penicillin, took the cephalosporin story to the next chapter. They isolated and refined compounds from the culture, removing side chains until they fell upon 7-aminocephalosporic acid, or 7-ACA – the nucleus of cephalosporins. This, much like 6-aminopenicillanic acid with penicillin, acts as the starting block for a host of derivatives, the mother to several generations of drugs. Cefalotin, the first of the cephalosporins to reach the market, was first released in 1964, and continues to be used today.

Along with penicillin, monobactams and carbapenems, cephalosporins sit in a class known as ß-lactam antibiotics. They share a similar mode of action, inhibiting cell wall development and leading to cell disruption and lysis. First-generation cephalosporins, in common with other early drugs in their class, were only really effective against gram-positive bacteria, which include the bugs behind tetanus, anthrax and diphtheria. Later generations were modified to increase oral availability and plasma stability, as well as improve activity against gram-negative bacteria. There are just two drugs in the fifth generation – Ceftobiprole and Ceftaroline, but they account for the only drugs of their type that are effective against methicillin-resistant-Staphylococcus-aureus (MRSA).

So cephalosporins are the drugs that could, but for a score of years, have been penicillin, and Brotzu’s name may have been as well known as Flemming’s. They’ve certainly attracted wide use, having become a major part of the antibiotic arsenal of most hospitals in developed nations, both as a treatment and a prophylactic to prevent infection post-surgery. But instead of fame and glory, cephalosporins have attracted criticism and are considered by some to be the driving force behind the development of drug-resistant bacteria.

In a 2001 article in the Journal of antimicrobial chemotherapy, Stephanie Dancer of the Vale of Leven District General Hospital in Dunbartonshire examined the evidence that…

‘cephalosporin usage is the most important factor in the selection and propagation of microorganisms such as Clostridium difficile, methicillin-resistant Staphylococcus aureus, penicillin-resistant pneumococci, multiply resistant coliforms and vancomycin-resistant enterococci, the continuing increase of which threatens the future of antimicrobial therapy.’

Dunbarton goes on to explain that, because cephalosporins are effective against a broad spectrum of pathogens, they’re often deployed early, before lab tests have confirmed the specific cause of an infection. But they’re not effective against all common infectious bacteria, and those unaffected therefore have opportunity to overgrow. For known pathogens this obviously leads to secondary infections, but it can also alter the balance so much that low risk, or even friendly bacteria can become a problem – when allowed to overgrow, Candida albicans causes yeast infections, and Clostridium difficile, which can exist without issue in the gut for years, can become a killer.

Dunbarton goes on to conclude: ‘the selection pressure created by heavy usage of cephalosporin antibiotics over the last 20 years has generated a plethora of multiply-resistant organisms. … The risks posed by overuse of cephalosporins remain only speculative, unless specific proof is forthcoming. By then, though, we may be contemplating the post-antibiotic era.’

So a drug that started its story in a sewer, and went on to find glory in treating and preventing infection, may be one of the causes of two major changes in the history of medicine.

Chemistry World’s Ben Valsler there, with the anti-bacterial chemistry of cephalosporins. Now next week, things are getting complex

The B complex comprises 8 vitamins and of these, one of the better known is vitamin B1 or thiamine. In fact it’s arguably number one overall as it was thiamine that brought us the name vitamin in the first place.

Brian Clegg reveals why in next week’s Chemistry in its Element. Until then, thank you for listening. I’m Meera Senthilingam.