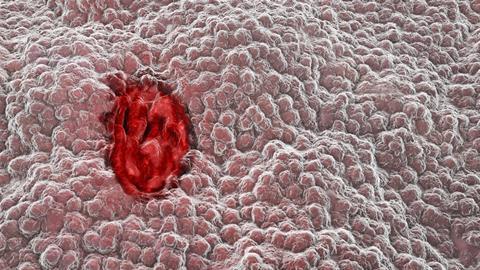 For this week’s Chemistry in its element podcast, Mike Freemantle looks into the first blockbuster drug, peptic ulcer treatment cimetidine. Unfortunately, I couldn’t meet up with Mike due to the ongoing coronavirus crisis, so I hope you’ll forgive me for reading his words.

Until the 1970s, peptic ulcer disease could prove life threatening. The disease was typically treated with antacids combined with extensive bed rest and a bland diet. Surgery to remove an ulcer was sometimes necessary. Without treatment, the disease often inflicted periods of discomfort and intense pain over months or even years.

A peptic ulcer is an open sore in the mucous membrane lining that protects the duodenum, stomach and lower oesophagus. It occurs when the lining is overwhelmed by the digestive power of gastric acid and the enzyme pepsin. Gastric acid, which contains hydrochloric acid, and pepsin work together in the stomach to digest proteins in food.

If the ulcer is next to a blood vessel, it can cause severe internal bleeding. In rare cases, the lining splits open creating a perforation that allows bacteria in the stomach or other parts of the gastrointestinal tract to escape. This can result in potentially fatal infections. The Irish author James Joyce and English writer Rudyard Kipling both died of perforated duodenal ulcers. 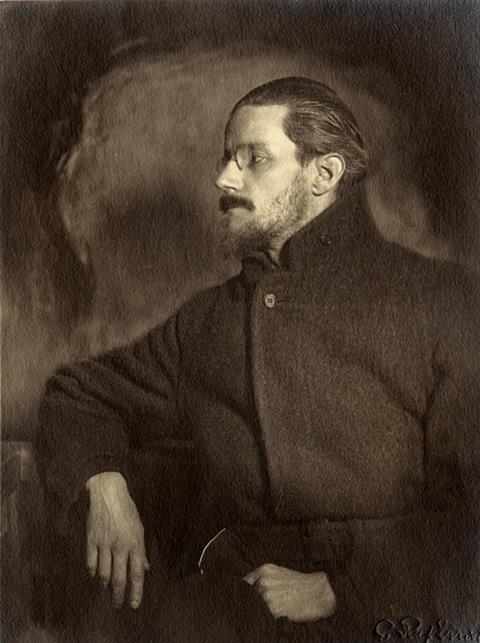 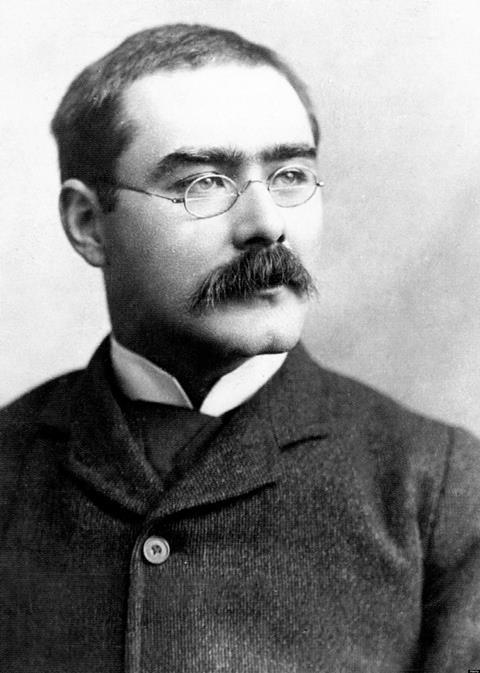 In 1976, treatment of peptic ulcer disease was revolutionised when the pharmaceutical company Smith Kline & French launched cimetidine, a type of drug known as a histamine receptor antagonist. Its brand name, Tagamet, is derived from the words ‘anTAGonist and ‘ciMETidine’. The drug is also used to treat gastroesophageal reflux disease, commonly known as heartburn, which results from regurgitation of gastric acid into the oesophagus.

Histamine is an organonitrogen compound found throughout body tissues that acts as an agonist. It binds with four sub-types of histamine receptors in the body to regulate various physiological processes. In the stomach it binds with one of the sub-types, the H­2 receptor, which is present in the mucous membrane. The process stimulates gastric acid secretion.

The project to find a drug that could prevent excess acid release in the stomach and ultimately led to the discovery of cimetidine was initiated by Scottish pharmacologist and physician Sir James Black. He carried out extensive research on the development of receptor blocking drugs. These work by blocking the action of an agonist molecule such as histamine at a receptor site with a chemically related but inactive compound, the antagonist. 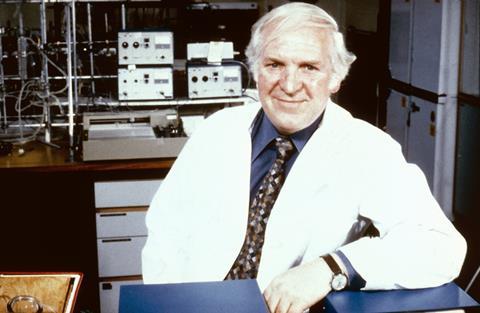 In 1964, Black and four others began a systematic search for a H­2 receptor antagonist at SK&F’s UK laboratories in Welwyn Garden City. The group synthesised some 200 histamine derivatives with modified rings and/or side chains. They then tested the compounds in vitro and in vivo for histamine antagonism. Cimetidine was synthesised in 1972 and passed all the trials with flying colours. In 1988, Black shared the Nobel prize for physiology or medicine with Gertrude Elion and George Hitchings for developing receptor blocking drugs including cimetidine and propranolol, the first clinically useful beta-blocker for treating heart disease.

Tagamet was manufactured in Cork, Ireland, with production rising from around 18 tons in 1976 to about 1000 tons in 1982. By then, it was selling in over 100 countries and had become the top-selling prescription drug in Canada, the United States and other countries. Annual revenue from sales worldwide soon reached over $1 billion, making it the first ever blockbuster drug.

During the late 1980s, the use of Tagamet to treat peptic ulcer disease began to be replaced by a new generation of drugs known as proton pump inhibitors. These have a different mode of action to H2 receptor antagonists. They work by inhibiting an enzyme that is involved in pumping gastric acid into the stomach.

A considerable amount of research has focused on the causes and treatment of peptic ulcer disease. Nonsteroidal anti-inflammatory drugs such as aspirin and ibuprofen are known to increase the risk of gastrointestinal ulcers and bleeding. They are mostly carboxylic acids that not only attack the stomach lining but also increase gastric acid secretion.

In 2005, Australians Barry Marshall and Robin Warren won the Nobel prize in physiology or medicine for their discovery that many peptic ulcers are caused by infection with Helicobacter pylori, a bacterium found in the stomach. If the infection is detected, the ulcer is treated with antibiotics to kill the bacteria along with a proton pump inhibitor to reduce the amount of acid in the stomach.

Tagamet is still used today both as a prescription drug for treating acid reflux and stomach ulcers and as an over-the-counter medicine for heartburn and indigestion. Its discovery is widely recognised as a milestone in logical drug design and a historic success for the British pharmaceutical industry.

Thanks to Mike Freemantle for digging into the history of cimetidine, all the best to Mike and his family. Next week, Brian Clegg on feldspar – a humble mineral found on Earth, the moon and Mars, and not without lexical controversy.

It’s not uncommon to see ‘felspar’ without a d – apparently this variant was intentionally introduced by the eighteenth-century Irish geologist Richard Kirwan, based on an incorrect derivation – the Oxford English Dictionary sniffily tells us that this spelling is more common than the correct form.

Join Brian next time, and until then do get in touch with any comments or suggestions – email chemistryworld@rsc.org or tweet @chemistryworld. And visit chemistryworld.com/podcasts where you can find all of our previous editions. I’m Ben Valsler, thanks for listening.