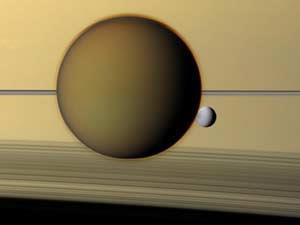 This week, the joys of simplicity with Brian Clegg.

When it comes to simple organic compounds, ethane is only trumped among the alkanes by methane. Ethane is made up of a pair of carbon atoms linked by a single bond with three hydrogen atoms attached to each carbon. It might seem that such simplicity would mean that ethane was easily identified once scientists began to understand the basics of organic chemistry. But several early experimenters producing ethane – notably including Michael Faraday, who electrolysed a potassium acetate solution in 1834 – were unable to distinguish the gas from methane. It was only in 1864 that German chemist Carl Schorlemmer, a prolific investigator of hydrocarbons like these, managed to establish that the experiments had actually provided ethane. 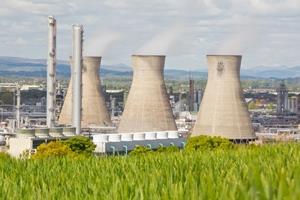 Like methane, ethane is an odourless, colourless gas that is highly flammable – in fact all natural gas sources will contain some ethane, though far less than methane at typically five percent or less. This used to be simply supplied to the user to burn with the methane, as ethane also burns cleanly when fully combusted to carbon dioxide and water vapour. But with increasing industrial demand for ethane, it is now typically extracted before natural gas is supplied to users.

Some ethane comes from petroleum gas, a by-product of oil refineries. An increasing source, as traditional natural gas supplies decline, is shale gas, produced by the controversial fracking process. In 2014, the petrochemical firm Ineos announced it would build a massive ethane storage facility at Grangemouth in Scotland, to hold the compound produced from imported shale gas before processing it. Facilities like this will require better infrastructure to transport ethane. In 2014 also, a remarkable 87% of ethane produced from the US Marcellus shale field could not use because of transport limitations. This ethane is currently left in the pipeline, but will cause a problem if the ability to remove it from the site is not improved.

The reason ethane is popular is not so much for its own virtues, but rather because it makes an easy, clean transition to ethene, probably better known under its old name of ethylene, more of which is produced in industry than any other organic substance. At least half of that will then end up being polymerised to produce polyethylene, or polythene, the most widely used plastic.

The process of converting ethane to ethene has the uninspiring name ‘steam cracking’ which sounds far less impressive than it is. The name is inaccurate too, as cracking suggests splitting a large molecule into smaller ones, which does not happen in this case. Ethane is mixed with steam and flash heated to over 800°C. This takes place in milliseconds, with the mix constantly flowing through the cracking plant so quickly that it travels faster than the speed of sound. The resultant ethene, which is the unsaturated equivalent of ethane with the single bond between the carbon atoms replaced by a double bond, is then rapidly cooled to avoid further reaction. 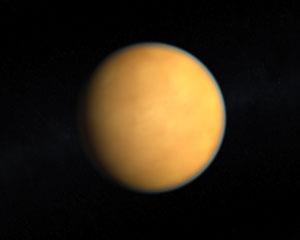 Like a number of organic compounds, ethane raises excitement among astronomers because it has been detected beyond the Earth, in this case notably in the atmosphere of Titan. The largest of Saturn’s moons is the only satellite in the solar system that has a thick atmosphere and on which there are known to be surface liquids, including at least one lake of liquid hydrocarbons. Ethane in Titan’s atmosphere, which may have then produced ethane rain onto the surface to contribute to the lake, is produced from methane by a photochemical reaction, when energetic photons smash into the methane molecule and produce methyl radicals that can combine in pairs to produce ethane.

Ethane may be simple, a compound of few complexities, and yet its utility to us is unquestionable. Ethane will be coming to our aid in plastics production for many years to come – whether, or not, the disposable plastic carrier is your bag.

Science writer Brian Clegg there, with the useful, yet simple, chemistry of ethane. Next week, some psychoactivity.

In the 1980s a new psychoactive drug burst onto the market. Known as ecstasy, or E, this small pill was an instant hit on the clubbing scene.

Find out why it was such a hit with Hayley Simon in next week’s Chemistry in its Element. Until then, thank you for listening, I’m Meera Senthilingam.