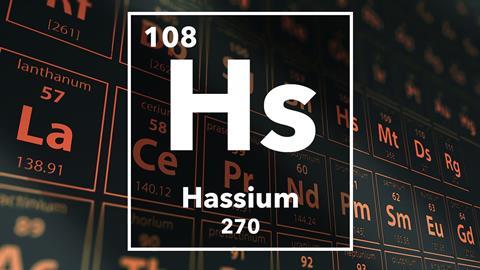 This week we are going back in time to resolve an identity crisis. Here's Anna Lewcock.

Do you remember the 80s? The leg warmers, the big hair, the shoulder pads? Many fashion crimes were committed and statements made as a generation fought to carve out its identity.

Looking back on those photos a couple of decades down the line, some might wish they hadn't fought so hard. But it's not just rebellious teenagers or disillusioned 40-somethings that suffer identity crises – elements can too.

In 1984, alongside the introduction of the first Apple Mac computers, GCSEs and the discovery of the Aids virus, a team of researchers in Germany managed to synthesise element 108 for the very first time.

Element 108, today known as hassium, is one of the transactinides and it's most stable isotope – hassium-277 – has a half-life of around 12 minutes.

By bombarding lead with iron ions in a linear accelerator, a team lead by Peter Armbruster and Gottfried Münzenber at the Heavy Ion Research Laboratory in Darmstadt, Germany, managed to make three atoms of hassium-265, an isotope with the princely half-life of about 2 milliseconds.

There are only a handful of research centres that have the appropriate equipment to make these superheavy elements, and on occasion more than one institution would claim to be the first to have made an element, and therefore claim the right to name it. Unfortunately, this caused a fair amount of arguing and confusion when several elements ended up with more than one name.

Perhaps most controversial were the American suggestion for element 106 – seaborgium – which was initially objected to on the grounds that Glenn Seaborg, the Nobel prize-winning chemist the element was to be named after, was still alive (which is against the rules according to element naming guidelines) – and then there was the Russian proposal of kurchatovium for element 104, named after nuclear physicist Igor Kurchatov, who led the Soviet project to develop an atomic bomb.

To deal with this, Iupac, the international body responsible for naming elements, decided that elements from atomic number 104 onwards would have temporary names to act as place holders while the wrangling over the official names was sorted out.

These temporary names were based on the Latin for the relevant atomic number – so unnilquandium for 104, unnilpentium for 105 and so on. Element 108 was therefore known as unniloctium. The element's German discoverers wanted the new element to be called hassium, after the Latin name for the German state of Hesse, where their research centre was based. 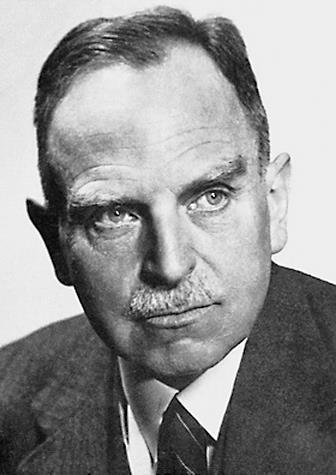 But, by 1997 Iupac had changed its mind again, finally deciding to go with hassium for element 108 around the time of the discovery's 13th anniversary.

As we tipped over into the 21st century, the first measurements of hassium's chemical properties were finally reported. By this time the discovery was approaching its 18th birthday, and as an unstable element that reinvented itself in next to no time, it proved just as hard to characterise as any teenager.

Any lingering hard feelings over the naming process were put to one side as an international team of researchers from across the globe (including scientists from Russia, Germany and the US) came together to try and figure out what hassium was all about.

By bombarding curium-248 with energetic magnesium-26 ions, the team formed seven hassium atoms, generated as 269Hs and 270Hs. These two isotopes have half-lives of around 10 seconds and 4 seconds respectively – long enough for the researchers to get a good look at some of its chemical properties.

Theoretical calculations suggested that hassium should have similar chemical properties to the group 8 elements such as osmium and ruthenium, for example quickly reacting with oxygen to form hassium tetroxide.

When the researchers tested this theory with their seven atoms, they found that they did indeed immediately oxidise to form seven molecules of hassium tetroxide, providing strong evidence that the element has similar properties to osmium, and cementing its position in the periodic table.

So it turns out hassium doesn't have an identity crisis after all – it knew where it would fit all along.

So elements, like people, like to fit in as well. And hassium it seems has a firm place in the periodic table. That was Chemistry World's Anna Lewcock with the reassuring chemistry of hassium. Now next week, an element whose placing is still in question.

Starting in 1969 the chemical properties of lawrencium began to be explored. In the gas phase the element forms a trichloride. Studies of its aqueous phase also show that it displays trivalency. You might think that these experiments and others like it would have settled the precise position of lawrencium in the periodic table but this has not been the case.

And to find out how the positioning of lawrencium was decided and whether it stayed that way, join UCLA scientist and author Eric Scerri for the last of our chemical elements. But not to worry, after the elements we'll be bringing you the exciting chemistry of compounds in a brand new series of Chemistry in its element. But until next week's finale, thank you for listening, I'm Meera Senthilingam.