Scientists are a step closer to ammonia borane-powered fuel cells thanks to a ruthenium catalyst that yields an unprecedented amount of hydrogen. 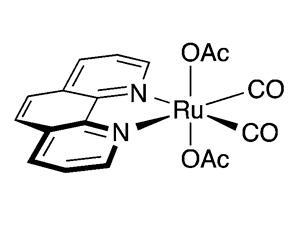 The ruthenium catalyst produces 2.7 equivalents of hydrogen from ammonia borane

In theory, each molecule of ammonia borane, H3NBH3, can release three hydrogen molecules. This high hydrogen density makes ammonia borane an ideal fuel cell material. In 2011, a team based at the University of Southern California, US, developed a ruthenium catalyst that could liberate more than two of these hydrogen molecules under mild conditions. Led by Travis Williams, the team has now developed a catalyst to release almost all available hydrogen.