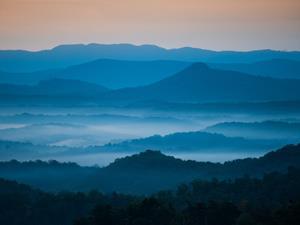 Why do the Blue Ridged Mountains inspire so many songs? Maybe it’s because of the Isoprene that gives them their blue hue…

This week, we take to the mountains with Simon Cotton.

In the pale moonshine our hearts entwine
Where you carved your name and I carved mine
Oh, you - like the mountains are blue
Like the pine - I am lonesome for you

You don’t associate the Hollywood comedians Stan Laurel and Oliver Hardy with pop music, but this version of the song The Trail of the Lonesome Pine actually reached number 2 in the UK pop charts in 1975. It had been recorded years earlier, for their 1937 film Way Out West.

Apart from Laurel and Hardy, the Blue Ridge Mountains have featured in songs by artists as diverse as Dolly Parton, John Denver and The Grateful Dead. The mountains are part of the Central Appalachians, on the east coast of the United States. They take their name from the bluish haze that hangs over them. But they are not the only mountain ranges like this, the Blue Mountains north of Sydney in Australia also get their name from this phenomenon. 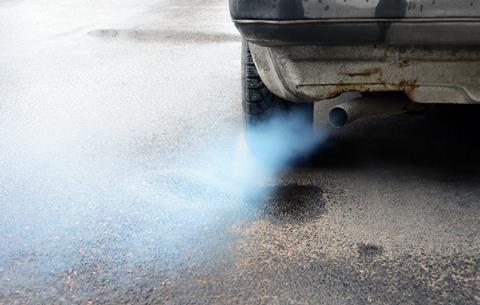 We hear a lot about air pollution caused by cars and by industry, but this effect is natural air pollution. Trees give out a range of small organic molecules, and the one emitted in greatest amount, comparable with natural emissions of methane, is called isoprene. Worldwide, trees and shrubs emit around 500 million tons of isoprene into the air each year. Isoprene is the building block of important natural molecules called terpenoids. These molecules form aerosols that scatter sunlight; the scattering is enhanced at short wavelengths, which is where that short-wavelength blue colour comes from. Isoprene emission is thought to have a protective effect on plants, not just from insects but from other dangers, like heating, that interfere with photosynthesis. The emission of these small molecules also has an impact on atmospheric chemistry; as they react with nitrogen oxides that are naturally present in the air, ozone is formed. Up in the stratosphere, ozone is a good thing; it protects us from ultraviolet radiation. It is the Earth’s sunscreen, if you like. But at ground level ozone is a bad thing, causing respiratory problems.

We all know that air pollution tends to be worse in cities, but more subtle factors are involved. Planting bioenergy crops, like trees that can be used as fuels, is a good thing, not least because it removes carbon dioxide from the atmosphere. However these trees are also projected to lead to more ozone emissions than traditional crops, because the trees grow faster. This means that they produce more isoprene so that they indirectly generate more ozone, borne out by a recent study in Shanghai of the impact of nearby forests. In turn, this could lead to more deaths from respiratory diseases. 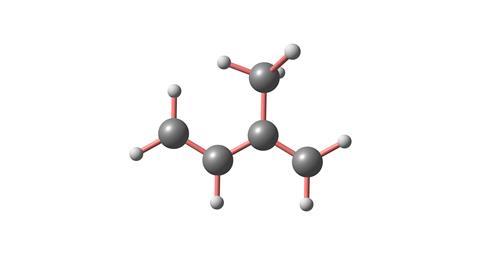 As I said earlier, isoprene is the building block for a range of molecules called terpenoids. Plants make terpenoids for various reasons. Some attract insects to pollinate them, others to repel insect pests. It’s the terpenoids they contain, molecules like santalol, that make sandalwood and cedarwood resistant to attack. Terpenoids create colours, like lycopene in tomatoes and b-carotene in carrots and sunflowers. Terpenoids are responsible for the scent of plants, like limonene in citrus fruit, menthol in mint, linalool in lavender or the pinene that gives pine trees their scent, not to mention safranal in saffron, the most expensive spice in the world.

One substance based on isoprene that we take for granted is rubber. On April 15 1770, the English chemist Joseph Priestley observed ’I have seen a substance excellently adapted to the purpose of wiping from paper the mark of black lead pencil’ and called it ‘rubber’ because it rubbed out the pencil marks. The rubber tree Hevea brasiliensis makes latex, a sticky white fluid, as a protection against herbivores. It defends the rubber tree against predators by gumming up their mouths. Latex is a watery suspension of rubber particles, a polymer of isoprene. The polymeric chains contain between 320 and 35 000 isoprene units bound together with the double bonds in a cis-arrangement. This makes the chains stretchy. This is very useful in rubber bands, but does limit the things that rubber can be used for.

In 1839 an American inventor named Charles Goodyear found that if you added some sulfur to the rubber, then heated it, the process made the rubber into the stronger and harder black solid that we know today. Sulfur forms cross-links between the chains, so they don’t slip past each other. Of course, this is the basis of automobile tyres; when you heat it, rubber depolymerises very slightly, so hot tyres smell of isoprene.

Large quantities of isoprene are used industrially today, nearly all of it to make synthetic rubber, and it is produced by the petroleum industry through cracking reactions, making about a million tonnes a year. Nevertheless, as usual, nature got there first.

Birmingham University’s Simon Cotton, with the rubbery chemistry of isoprene. Next week, some chemistry you could hear.

I could tell you about its glittering career as a fuel in fireworks. I could even tell you about the strange pattern known as the ’Philosopher’s signet star’ that forms when stibnite – antimony sulfide ore – is used for extracting metallic antimony. But I’m not going to tell you about any of those things.

Find out what Hayley Birch is going to tell you in next week’s Chemistry in its Element. Until then, thank you for listening, I’m Meera Senthilingam.