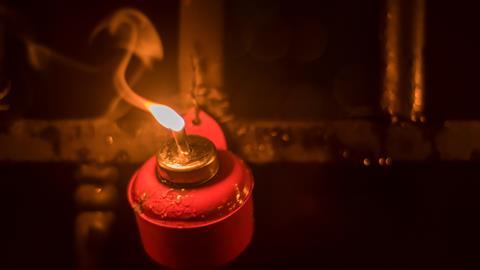 Bat-borne bombs and a classic chemistry textbook, with Mike Freemantle

The first book on organic chemistry I ever bought was commonly known as Fieser and Fieser. That was in 1961 when I was a first year chemistry student at Exeter University. The authors were the American organic chemist Louis Fieser, who was a professor at Harvard University, and his research assistant and wife, Mary Fieser. 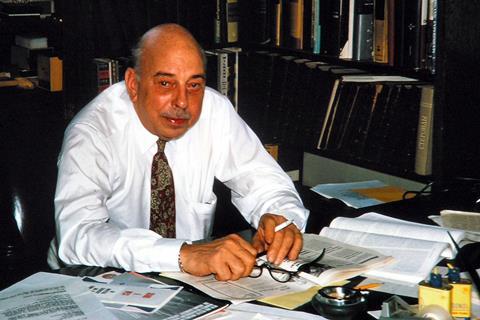 The title of the book was Organic chemistry. It was written during the second world war and first published in 1944. It became one of the most popular organic chemistry textbooks of all time and went through several editions.

When I bought the book, I knew nothing about the Fiesers. I did not know, for example, that Louis Fieser led the team at Harvard who developed napalm, the incendiary gel that adheres to skin and burns through flesh to the bone. The Americans first used the gel in March 1944 when they dropped bombs containing the material on Berlin.

I also did not know that the Harvard professor was involved in another project to develop a completely different type of incendiary bomb, in this case using kerosene. This project, however, turned out to be a disaster. 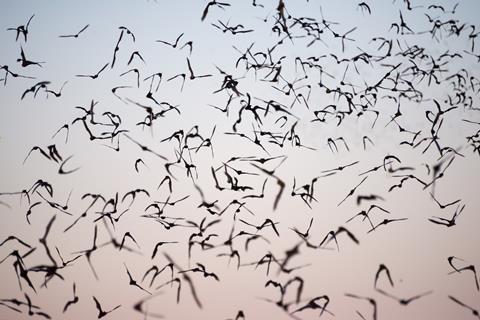 About a month after the Japanese attack on Pearl Harbor in December 1941, an American dentist came up with a scheme to demolish Japanese cities by strapping tiny incendiary bombs to bats. The idea was to release the bats in mid-air from bomber aircraft. The bats would then nest in wooden homes and other buildings in the cities, gnaw through the string, and escape before the bombs exploded. The United States Army Air Force and President Franklin D. Roosevelt approved the scheme and authorised further investigations.

Louis Fieser and his co-workers designed the bombs. They contained kerosene and the high explosive nitrocellulose. The bat bombs were ignited by a time fuse consisting of a firing pin attached to a thin steel wire. Before releasing the bats, copper chloride solution was injected into the bomb to corrode the wire. The corroded wire eventually snapped releasing the firing pin, which struck the nitrocellulose causing it to explode and ignite the kerosene.

Over 6000 bats were used in the project, which was known as Project x-ray. The tests, however, were not successful for a variety of reasons. 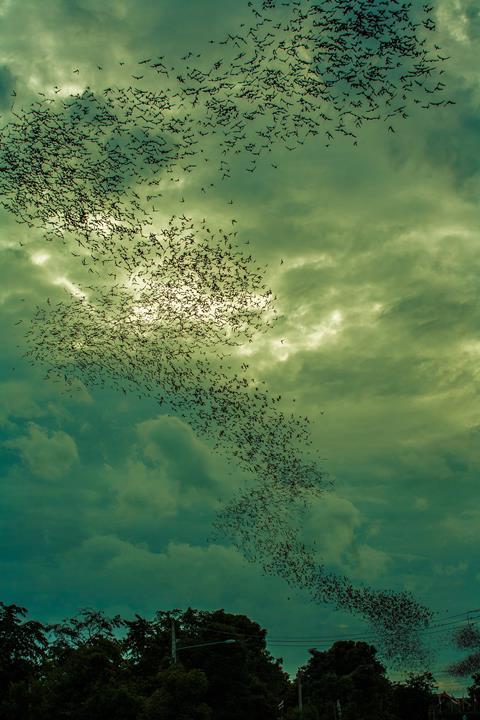 In one instance, several bats with live incendiaries were accidentally released and set fire to a hangar, barracks, and a general’s car. In another test, hundreds of bats were stored in refrigerators to induce hibernation. They were strapped with dummy bombs and dropped from a bomber. The bats, however, plummeted to the ground – they had not yet completely recovered from hibernation.

The project was eventually dropped at an estimated cost of $2 million. Abandonment of this bizarre experiment no doubt saved the lives of thousands of bats and met with the approval of animal lovers. The dentist , however, maintained that the fires generated by the kerosene bat bombs would have led to minimal loss of human life and have been more destructive than the atomic bombs that flattened Hiroshima and Nagasaki. 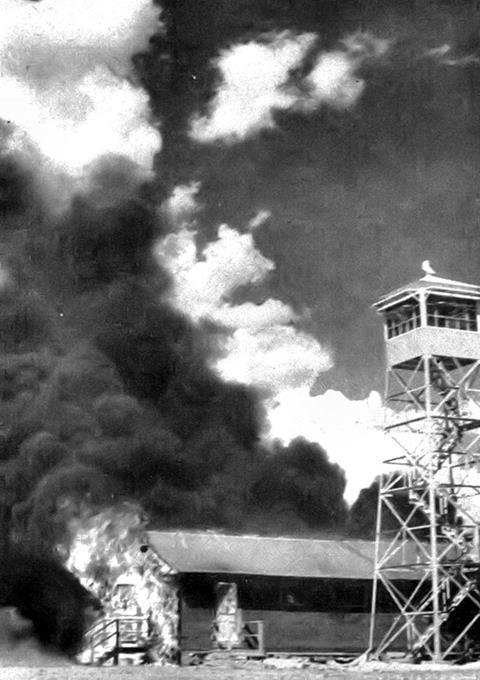 Errant bats from the experimental Bat Bomb set the Army Air Base in Carlsbad, New Mexico on fire, 1942.

Kerosene, or paraffin as it is also known, is a mixture of hydrocarbons produced by the fractional distillation of crude petroleum oil. It can also be extracted from oil shale, coal and wood.

The name ‘kerosene’ was coined by the Canadian chemist and geologist Abraham Gesner. In 1846, he started investigating hydrocarbons and showed that distillation of bituminous coal yielded a light oil. The oil proved to be a better fuel for oil lamps than the whale oil that was commonly used at the time. In 1854, Gesner obtained three US patents for the so-called ‘kerosene burning fluids’. A factory was set up in Long Island, New York, to produce the kerosene. It soon became the standard domestic lighting fuel.

Nowadays, kerosene is primarily used as a fuel for jet and rocket engines and in domestic heating systems. It is also used for cooking, in camping stoves for example. Kerosene oil lamps are still used today, especially in parts of the world that do not have electricity.

As for Louis Fieser, he died aged 78 in 1977. At the time of his death, he was working with Mary on the seventh volume of their classic series of books entitled Reagents of organic synthesis. Mary continued working with collaborators on further volumes of the series until her death in 1997 at the age of 87.

That was Mike Freemantle with kerosene and an ill-fated military project. Next week, Katrina Krämer examines the compound that some suspect was involved in a high-profile murder.

Not everyone believed Stalin died of natural causes. Modern physicians re-examining the case came to think that he might been poisoned.

Find out more with Kat next week. Until then, get in touch with any questions or comments – email chemistryworld@rsc.org or tweet @chemistryworld. I’m Ben Valsler, thanks for listening.