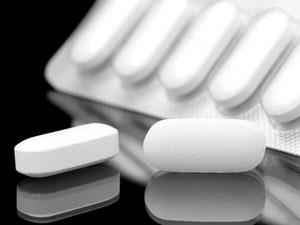 Simon Cotton looks back at the history of one of our favourite painkillers, paracetamol

This week, Simon Cotton takes us on the historical path to pain relief.

At the beginning of the 19th century, scientists like Davy and Faraday had raised British chemistry to a position of pre-eminence. Yet within two generations, German science had leapt ahead. Prince Albert, despairing at the absence of science from leading schools, set up the Royal College of Chemistry, the forerunner of what we now know as Imperial College. And to head this College, he brought August Wilhelm von Hofmann from Bonn, who was to remain here for nearly 20 years. 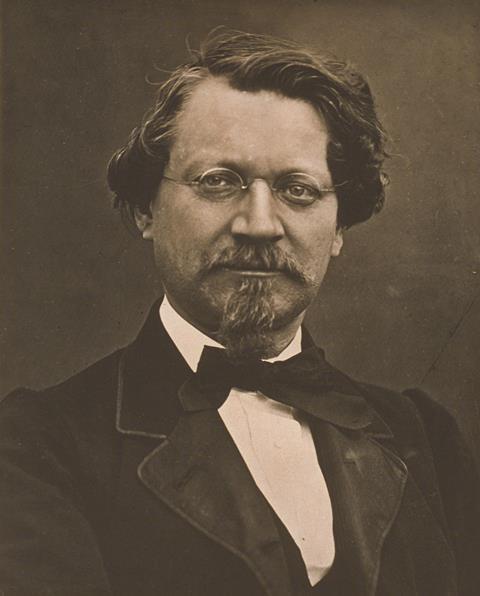 Hofmann was a distinguished organic chemist, who had studied under Liebig. He began his research career with an investigation of coal tar.

Coal itself was fundamental to the industrial revolution. It had replaced wood, compared to which it produced much more energy. It was discovered that heating coal in the absence of air produced coke, vital for producing iron in blast furnaces. The process of making coke had by-products. Coal gas could be used as a fuel for lighting and heating, as well as powering ovens for cooking. Ammonia and coal tar both had useful chemical applications.

Coal tar contains a number of bases and it was Hofmann who identified and characterised aniline. Perkin, a student of Hofmann’s, went on to make mauveine, the first synthetic organic dye, from aniline while trying to make quinine. In fact another application of aniline lay in making medicines.

Many British A-level students will recognise the reaction of aniline with acetic anhydride, or acetyl chloride, to form acetanilide. Acetylation of amines is a common way of protecting these groups through organic syntheses, as the acetyl group is easily removed afterwards. Nineteenth century chemists devised important acetylations – for different reasons – in the acetylation of salicylic acid and morphine, forming aspirin and heroin respectively.

Nowadays acetanilide is mainly a ‘textbook molecule’, but in the late 19th century it was found to reduce fevers, as well as having painkilling properties, so in 1886 it became a medicine, under the name Antifebrin. Sadly, it was soon found to have some unacceptable side effects so it was rapidly replaced by another aniline derivative, phenacetin. This was widely used in over-the-counter medicines for many years, into the second half of the 20th century. It was especially popular in headache cures and usually mixed with other chemicals, including aspirin and caffeine. Phenacetin went out of use in the 1960s, when testing suggested that it could be linked with cancers, especially kidney cancer. After he survived a plane crash in 1946, the American billionaire Howard Hughes resorted to painkillers for the rest of his life. An autopsy after his death in 1976 revealed kidney failure as the cause, quite possibly due to the phenacetin he had taken for many years. 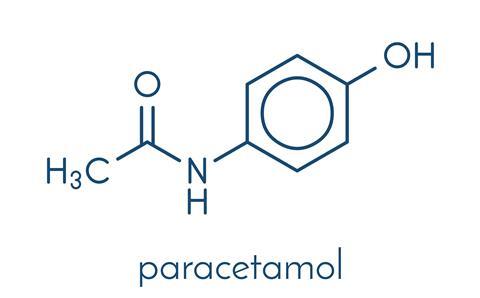 When phenacetin fell from favour, paracetamol – yet another aniline derived drug - was the ideal substitute. It was discovered that both acetanilide and phenacetin were metabolised to paracetamol in the human body, and it was paracetamol that was responsible for their analgesic properties. Paracetamol is familiar to many under brand names including Tylenol and Panadol, though it is widely available in generic forms.

Although paracetamol is generally quite safe when taken at the prescribed dose, overdoses can be fatal. The problem lies in a metabolite produced in the body, called N-acetyl-p-benzoquinone imine, which is toxic to the liver. This is normally mopped up by glutathione, but this becomes depleted when an overdose of paracetamol is taken, and the result is liver damage, possibly fatal. Paracetamol overdoses kill over 200 people a year in the United Kingdom. Problems are compounded by the fact that the symptoms of liver damage do not appear at once. Someone who has a change of heart after taking an overdose may think that there is no reason to ask for help because liver failure symptoms can take 16-36 hours to appear, and this will prove fatal.

Paracetamol is lethal to snakes. After brown snakes arrived on the Pacific island of Guam in the 1940s, they wiped out much of the island’s wildlife, but conservators have come up with a cunning plan. The idea is to put paracetamol into dead mice and to drop them from helicopter onto Guam, using small mice-size parachutes, so that they land in trees. The snakes will eat the mice, but because the action is confined to the trees, other wildlife will not be affected. It is not just humans who need to read the instructions on the packet.

Birmingham University’s Simon Cotton there, removing your headache with the chemistry of paracetamol. Next week, a compound that’s not afraid to be seen, or in this case, felt.

Acetaldehyde is no shy, retiring wallflower. In fact, this compound has a reputation for being something of a bruiser, as it is often blamed for giving us hangovers.

Discover how with Brian Clegg in next week’s Chemistry in its Element. Until then, thank you for listening, I’m Meera Senthilingam.