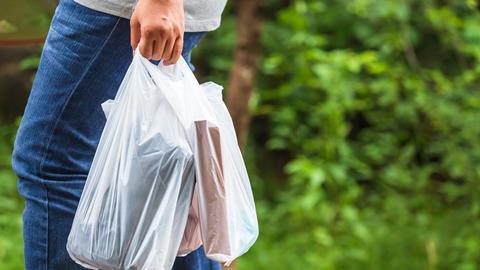 From plastic bags to milk bottles and to children's toys, Simon Cotton highlights the history and uses of Polythene

This week, we get into a trance with Simon Cotton:

Ethene, or ethylene, is a remarkable molecule, not just because it is flat, like benzene. It has got a sweet smell and has been used as an anaesthetic; in fact it has been suggested that it was ethene that made the Oracle of Delphi go into trances before emerging from her cubicle in the rock to make her pronouncements. And it is ethene that is emitted by ripe fruit and which also helps fruit to ripen. 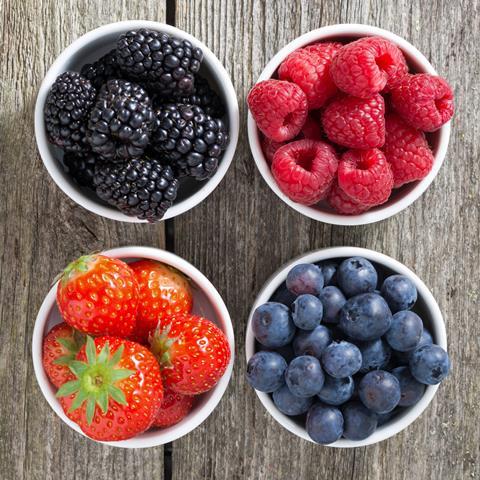 Compared with the alkanes, ethene and the other alkenes are quite reactive, thanks to the electron rich double bond that they contain. Chemists have put this to good use, making all sorts of useful chemicals such as chloroethene, ethylene oxide, ethane-1,2-diol and ethylbenzene. But the most significant use of ethene is in making poly(ethylene), which we in the United Kingdom commonly call polythene.

Addition reactions are quite characteristic of alkenes. Most schoolchildren will be familiar with the decolourisation of bromine water by ethene. But the ability of ethylene molecules to join to each other is still remarkable, and no one expected it. Polythene was first made in 1898 by a German chemist Hans von Pechmann; he was a brave man, as he made it by heating diazomethane. Of course, he did not know what this waxy solid really was.

Then in 1933 polythene was obtained again, again accidentally. This time it was two British chemists, Eric Fawcett and Reginald Gibson, working for ICI at Northwich in Cheshire. They reacted ethene with benzaldehyde at 2000 atmospheres pressure and 180?C. What they hoped to achieve was to insert ethene into the C-H bond of the aldehyde group, and make ethyl phenyl ketone, 1-phenyl-1-propanone. What they actually got was, you guessed, a white wax with a C:H ratio of 1:2. When they repeated the experiment, they got an explosion and a fire, so ICI put things on hold. 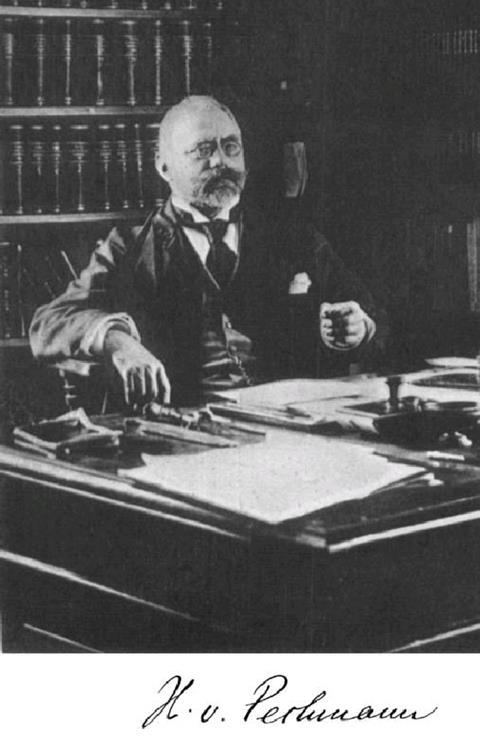 It was not for another couple of years that a team led by another ICI chemist, Michael Perrin, tried again. This time no chances were taken, they were working in an isolated lab with walls a foot thick. They repeated what Fawcett and Gibson had done. As they cranked up the pressure, things started to happen, and when they opened the apparatus afterwards they found they had 8.5g of a white powder.

They were not always successful. It took them 200 experiments, but eventually they found that a trace of oxygen was needed to initiate the polymerisation. No oxygen meant no reaction; too much oxygen meant an explosion. The ICI workers had a reliable synthesis of what is now known as low density polythene, and it was soon established that it was an excellent electrical insulator. Telephone companies were immediately interested, and during the second world war polythene was used to insulate high frequency radar cable.

Polythene is what is called an addition polymer. No atoms are lost in the polymerisation reaction when the monomers join together; instead the carbon-carbon double bond is turned into a single bond as two electrons are taken to form the bonds to the next two-carbon unit, and so on down the chain.

There are several types of polythene, differing in the length and the amount of branching of the chain, and their densities. If you use a peroxide like benzoyl peroxide to start the reaction off, you get low-density polythene, LDPE, which has lots of branching. This means the chains can't pack so closely together, so the attractive forces between them are weak. This makes it relatively soft but also gives it high ductility. This is the material widely used to make plastic bags and also transparent film for wrapping. 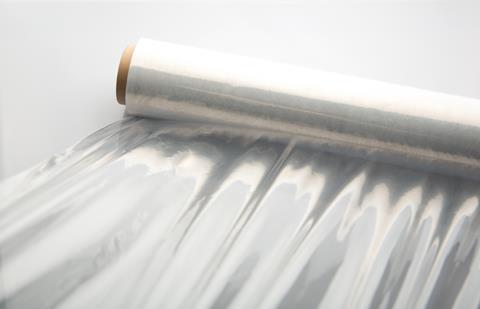 One disadvantage of low density polythene is that it softens in very hot water; high density polythene (HDPE) is stronger and has a higher softening temperature. It is made with transition-metal catalysts. The monomers have to bond to the transition metal, and this makes long, straight, unbranched polymer chains, so there are stronger forces between the chains as they can pack better. In turn this makes the material stronger and gives it a higher softening temperature; it is used in washing up bowls and things that require strength, like milk bottles and childrens' toys. 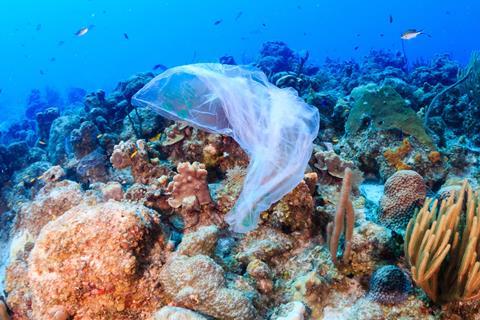 The downside of plastics like polythene is their non-biodegradability. You can recycle polythene, but it is so cheap that most people do not bother. There is an awful lot in landfills and plastic dumped in the oceans ends up in places like the Great Pacific Garbage Patch, where plastic and other debris are brought together by oceanic currents. Plankton can take up tiny plastic pieces, and scientists are concerned about what happens when they get into the food chain.

So that's polythene: a material we cannot do without, but also take for granted. And polythene is also a reminder, to politicians in particular, that you cannot make scientific discoveries to order.

So more appreciation for polythene may be needed in the future, along with more recylcong of this seemingly cheap plastic that's costing the planet a lot. That was Uppingham School's Simon Cotton, with the polymerising chemistry of polythene. Now, next week, we start with a bang.

In September 2001 I was invited to give a lecture at the Coordination Chemistry Laboratory in Toulouse in France. About 20 minutes before my talk, the seminar organiser was asking how he should introduce me, when suddenly the whole building shook. There was an enormous boom, and the huge plate glass window in front of me turned white, then vanished in a pile of shards. We looked at each other, completely stunned. This was big.

Meera Senthilingam
And to find out the cause of this boom, and the chemistry of the compound behind it - the explosive ammonium nitrate, join Andrea Sella in next week's Chemistry in its element. Until then, thank you for listening. I'm Meera Senthilingam.