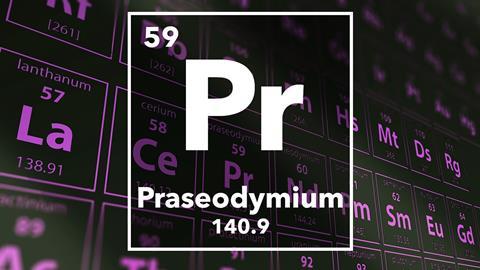 This podcast was originally written as 'Didymium', including both neodymium and praseodymium

Hello, two for the price of one this week. Here's Andrea Sella.

As a graduate student I used to seal off NMR samples under vacuum. As the glass was heated by the torch, the flame would blaze with the fierce orange glow of the sodium lurking in the pyrex. It was all the glassblowing I could do. Anything more serious required a trip down to the ground floor to see our wizard glassblower, Geoffrey Wilkinson, a lovable rogue from the Black Country with an infectious laugh, and wit was as sharp as a razor. 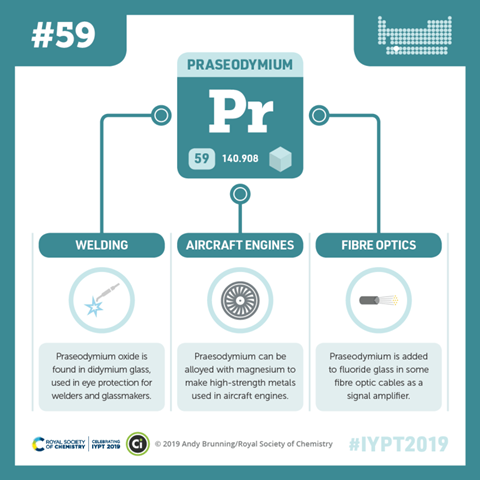 Didymium is not a name you will often find in textbooks these days. It is the name of a pair of elements which lie next to each other in the lanthanide or rare earth series – what used to be the wild west of the periodic table. The fourteen elements that constitute the series are remarkable for their similarity. Nowhere else does one find a group of elements that so resemble each other in their chemical properties. Hence these elements proved incredibly difficult to separate from each other and purify. And to make matters worse, unlike other metals, the colours of rare earth metal compounds were pale changed little from one compound to the next, making it even harder to work out whether your material was pure. Amongst the many claims for the discovery of new elements was a report in 1839 by the Swedish chemist Carl Gustav Mosander of a supposed element he called didymium – after the Greek word for twin.

The invention of spectroscopy by Gustov Kirchoff and Robert Bunsen (yup, he of the Bunsen burner) now came into its own. It was soon realized that the spectre of the rare earths were very characteristic, with sharp gas-phase-like lines both in the solid and solution. At last there was a means of establishing purity.

Bunsen, who, by the 1870s, was the world's leading authority on the spectroscopy of the rare earths set this element as a problem for one of his students Carl Auer, who began to carry out the hundreds of fractional crystallizations necessary to get it pure. By 1885 it was clear that Auer had not one but two elements on his hands – a bluish lilac one he called neodymium, the new twin - and a green one he named praseodymium – the green twin, each with their own spectra which summed together were the same as those of Mosander's material. Bunsen was delighted and immediately gave his approval to his student's work. 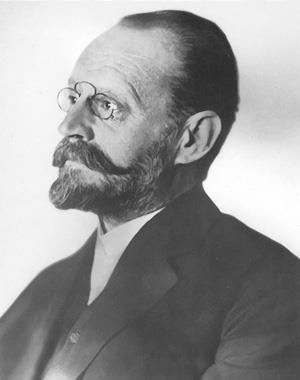 But it would not be until the 1940s before fast and effective methods for the separation of the lanthanides would be developed. Rather than the series of excruciatingly tedious crystallizations, the American chemists led by Frank Spedding described ion exchange methods and then within a few years solvent extraction became prevalent and produced kilogram quantities of these elements. Suddenly, commercial applications became a real prospect.

Because the ions themselves have unpaired electrons, their magnetic properties have proved fascinating to scientists and lucrative to entrepreneurs. An alloy of neodymium, iron and boron discovered in the 1980s is ferromagnetic, yielding permanent magnets over 1000 times stronger than anything ever seen before. Neodymium ion borade magnets have not only found their way into almost billions of electric motors and electronic devices around the world but also into wonderful toys for children.

On the other hand, the sharp spectral lines that so fascinated Bunsen and generations of spectroscopists since, imply very precise electronic states. Embedding neodymium into synthetic gemstones such as garnet resulted in the neodymium:YAG laser, the workhorse of industrial laser cutting tools with its brilliant infrared lines. Your personalised ipod was probably engraved with a YAG. Coupled with a frequency doubling crystal a YAG gives us the bright green laser pointer than some lecturers like to show off with. 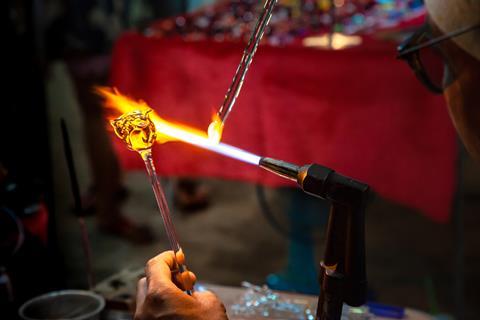 But some lateral thinking in the 1940s by chemists at Corning Glassworks in the US gave the invention that changed glassblowing forever. Someone spotted that both praseodymium and neodymium had absorption lines corresponding almost exactly with that annoyingly brilliant orange sodium line. Corning began producing 'didymium glass' which acts as an optical notch filter to cut out the glare and effect remains as astonishing to me today as it was the first time I saw it. When, a few years ago, one of our glassblowers here at UCL retired, he phoned me up on his last day. 'I have something for you,' he said mysteriously. I went down to the basement and shook his hand to wish him well. And then, to my delight, he handed me his specs. 'Didymium,' he said, 'you'll need these.'

Andrea Sella with the story of didymium, two elements rolled into one. And Andrea is back next week with a taste of a metal that melts in your mouth and possibly also in your hands.

But I'm sure you really want to know is, if this really is the M & M element, what does it taste like? I knew you would ask. So I had a quick lick a couple of days back and the answer is it doesn't actually taste of very much to be honest. There's a faintly astringent and metallic taste which lingers on your tongue for few hours. And when it is molten – sorry I'll leave that experiment for someone more intrepid than I.

And you can catch the story of gallium, which is what he was eating, with Andrea Sella on next week's Chemistry in its element, that's of course assuming that his element eating antics haven't poisoned him in the meantime. I'm Chris Smith, thank you for listening and goodbye.