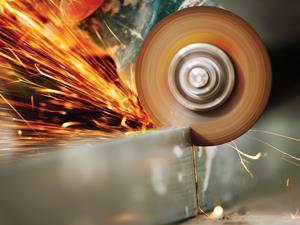 This week, things get tough with Matt Gunther.

Richard Feynman once said there was a ‘sleeping dragon’ lying dormant in the bowels of the Los Alamos Laboratory. And there were a few scientists who decided to tickle its tail, with fatal consequences.

Harry Daghlian Jr., a physicist from MIT, was looking at neutron reflection as part of the Critical Assemblies Group in 1946. He surrounded a Pu-239 core with metal reflection bricks to see how many would be needed, and in what position, to make the core go critical. As he was positioning the bricks around the spherical metal core, Daghlian noticed it was about to go super-critical and tried to remove a brick. It fell into the Pu, which immediately set-off a runaway chain reaction. Exposed to a lethal dose of gamma radiation, Daghlian was the first peacetime casualty in a nuclear incident. The ultra-hard metal composite that landed on the dragon was, in fact, one of the toughest materials on Earth: Tungsten carbide. 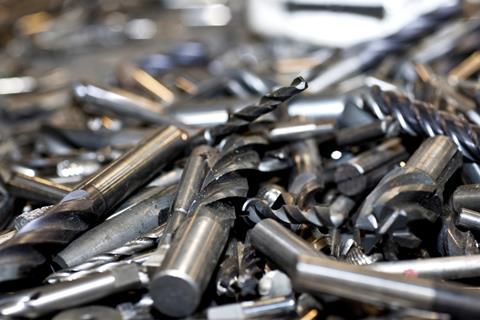 This compound’s history can be traced back to the 1700s when tungsten was first extracted from the ore wolframite by Juan Jose de Elhuyar and his brother Fausto. The two brothers had simply reduced tungstic acid using charcoal to form the metal. In doing so, they had found the element with the highest melting point of all the known metals at a staggering 3,422°C – over two times the melting point of platinum.

But it was to be the accidental synthesis of tungsten carbide by the Nobel prize winner Henri Moissan in 1896 that would revolutionise industry and impact society at large. Seeking to produce artificial diamond, Moisson heated sugar and tungsten oxide in a furnace. The sugar acted as a reducing agent for the oxide to produce melted tungsten carbide. Although it demonstrated some desirable properties, it was far too brittle to be used in any commercial sense.

From extra-grippy cycling tyres to precise surgical instruments, it’s hard to find a durable product that doesn’t use some form of the carbide

The Osram Lamp Works of Berlin however, recognising the carbide’s potential, soon seized on the opportunity to develop metallic cement, with tungsten carbide particles being embedded in a cobalt matrix. The carbide was incredibly tough and also four times as dense as titanium.

Industry quickly employed the metallic compound in its manufacturing processes, using it as a drawing die to resize the tungsten filament wires used in incandescent light bulbs.  It was also used in a wide array of cutting tools, as it could slice through stainless steel like a knife through butter. The only other material   available which was equally up to the task was the far more expensive diamond. 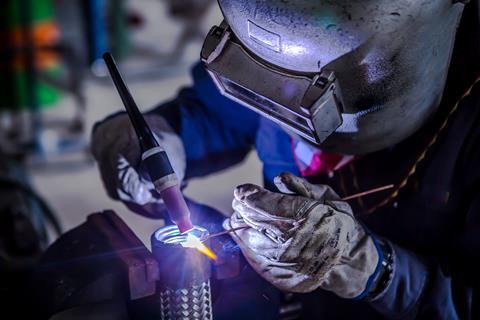 But its properties were not just attractive to industry. The metal composite also raised eyebrows within the military. The fruits of their curiosity would go on have a huge impact on the second world war. Seeing its toughness as an asset, Germany developed tungsten carbide armour-piercing rounds and loaded them into the most feared aircraft in the Luftwaffe: the Stuka JU-87G, also known as the ‘tank killer’. In the process of manufacturing these shells, Germany had managed to shore up the world’s supply of tungsten, ramping up its price in the process. The Home Front suffered as a result; industrial equipment could not use tungsten carbide in cutting implements and it took several years before the Allies were able to source enough of the material to rival the Germans.

Following tungsten carbide’s tortuous path during the war, its uses in modern society are rather delicate by comparison. The cemented composite is now a popular material for wedding rings, offering great scratch resistance and durability. From extra-grippy cycling tyres to precise surgical instruments, it’s hard to find a durable product that doesn’t use some form of the carbide.

Even the ballpoint pen you use on a daily basis contains a tungsten carbide ball bearing. To know that your pen contains a material which once woke a sleeping dragon just proves the old mantra that the pen really is mightier than the sword.

Chemistry World’s Matt Gunther with the chemistry of tungsten carbide. Next week, more strength, and this time with superpower potential.

If Marvel comics had not come up with the fictional adamantium for Wolverine’s claws, they almost certainly would have been made of titanium. So it is appropriate that a material that is primarily used for its hardness is titanium nitride.

Find out the chemistry underlying this with Brian Clegg in next week’s Chemistry in its Element. Until then, thank you for listening, I’m Meera Senthilingam.