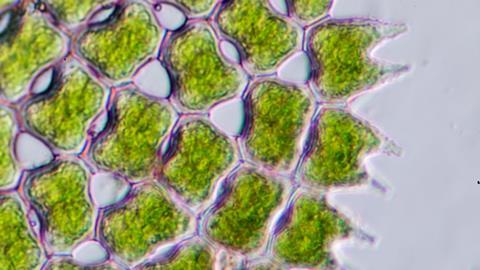 This week, we enter the world of the geochemist and monitor the state of our environment. Taking us through the process is Josh Howgego

You probably don't care very much about the ubiquitous, unicellular marine organism Emiliania huxleyi, but fortunately organic geochemists do - rather a lot, actually.

One reason these minute phytoplankton are important is because they produce a series of hydrocarbons which are 37 atoms long with either two, three or four double bonds along their length, and a methyl or ethyl ester group at one end. Their systematic name is long and not really important, so I'll simply refer to them, like the geochemists do, as the Uk37 alkenones. 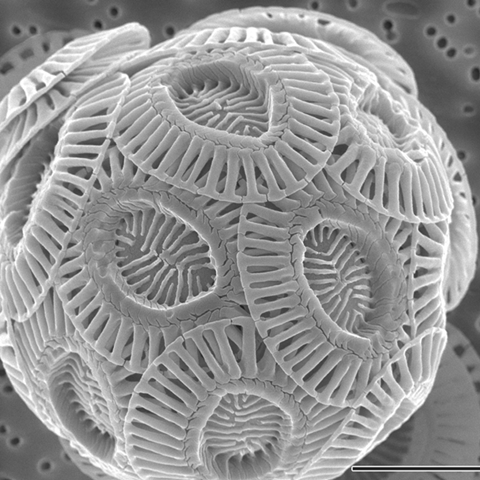 These molecules sound obscure, I'll admit, and in terms of their chemical reactivity it's fair to say they are uninteresting. But the thing that gets geochemists going when they hear the phrase 'UK37 alkenones' is that they can be used as a proxy measurement of past climates: measuring their abundance in ancient samples allows us to read the story of how temperature has changed in the world's seas in eons past.

The story begins at the University of Bristol in the late 1970s. Simon Brassell, a researcher in the Department of Chemistry at the time, had realised that Emiliania huxleyi  produce different levels of the di-, tri-, and tetra-unsaturated alkenones depending on the temperature of the water in which they grow. The more highly unsaturated molecules dominate at lower temperatures. So since these plankton are almost as old as the seas themselves, the theory goes, could we track the UK37 levels in ancient samples and reconstruct climates that are millions of years old? Sediment builds up on the sea floor over time, so by digging down into it, the alkenones from eons past would be found.

It sounds simple, but to begin with no one was sure how reliable a measure of temperature these compounds would be. Scientists knew that the UK37 measurements accurately reflected growing temperatures in the lab, but to look at ancient alkenones they would have to dig up bore holes from the sea floor or look at Antarctic ice cores. How could they be sure that bugs hadn't simply eaten one of the alkenones in preference to the others? Or that geothermal energy hadn't prompted the selective reduction of some of the more unsaturated alkenones? Skewing factors like those could render the index meaningless.

After doing lots of encouraging experiments in the lab - including feeding the alkenones to mussels and confirming that they weren't broken down by their digestive system - Brassell was left with the ultimate test. Did the index actually provide the right answers about past climates? 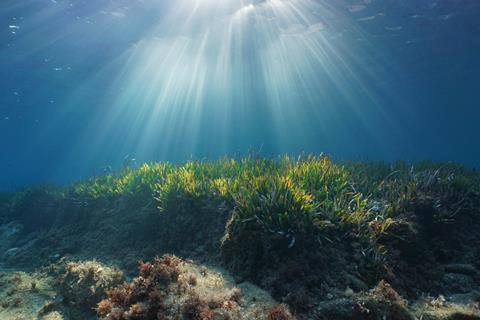 But how can you be sure what a past climate is like anyway? To find out, Brassell needed to compare the temperatures that UK37 predicted with a method that was already known to work. To this day, the best indicators of past sea temperature are oxygen isotopes from the sea floor. Oxygen has three main isotopes with atomic weights of 16 (the everyday variety), 17 and 18. If water contains heavier oxygen isotopes it condenses at lower temperatures, so if scientists see higher proportions of oxygen-18 in uncontaminated samples from the past, they can conclude that it was relatively cold, and vice versa. Brassell and his team looked at the oxygen isotope ratios in the calcium carbonate shells of fossilised organisms called foraminifera. When Brassell and his team compared the temperature predicted by the alkenones and the oxygen isotopes in the same sediment cores, they matched really well: it was good proof that the Uk37 index was an effective proxy for sea surface temperature.

If we fast forward to the present day, much of what we have learned about the past temperature of the sea comes from oxygen isotope and Uk37 studies. Using both techniques in conjunction, we can be fairly sure we looking at accurate temperatures.

Today the importance of oceanography is in sharp focus. Ocean currents like the gulf stream are crucial cogs in the world's climate machine and significant changes to them could result in very different - and maybe even dangerous - conditions. The UK would be particularly affected, as the gulf stream has a large effect on our climate. 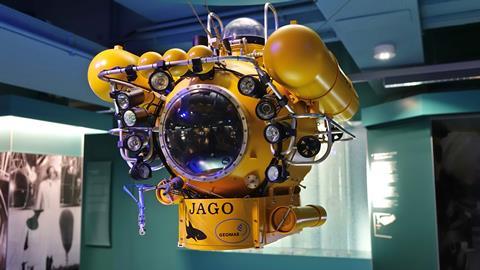 To help understand how ocean currents might influence weather in the future, some scientists are studying how the temperature of the sea has varied in the past. One interesting phenomenon is the Pacific cold tongue, a cold body of water which meets the ocean surface near the equator. Occasionally, various subtle weather factors coincide and the tip of the cold tongue disappears below the surface, causing the extreme weather events that have become known as El Ni?o.

But the Pacific cold tongue hasn't always been there; in fact, the commonly accepted theory is that it only appeared about 2.6 million years ago, and one theory suggests that it was caused by a dramatic cooling of the distant polar seas at this time. Recently, scientists used U?k37 measurements from polar cores to show that these seas did indeed cool substantially at around the same time as the tongue is known to have developed, adding to evidence supporting the theory.

Interesting. But what's less palatable is that the polar seas are rapidly warming right now, and more quickly than any other part of the sea. Experts say that might mean the cold tongue may soon begin to disappear completely, making El Ni?o effects more frequent.

So it's actually a blessing that some chemicals - like the Uk37 alkenones - are so unreactive, so chemically boring. It's that property that enables them to record history so faithfully, and for us to read it from them.

Josh Howgego there with the stable, informative chemistry of Uk37. Next week, open your eyes

It's hard not to have a particular fondness for the opsins, sometimes called retinylidene proteins. These tangled molecules, formed of a bundle of seven helixes, change their signalling pathways in response to being hit by light. They are the compounds that give us sight.

Animals aren't alone in making use of opsins - some bacteria use different members of the opsin family to produce energy from light - but it is the opsins in animal eyes that make such a difference in their sensory environment.

And to find out the chemistry enabling this difference join Brian Clegg in next week's Chemistry in it's element. Until then, thank you for listening. I'm Meera Senthilingam.