The Doctor Who Fooled the World: Andrew Wakefield’s War on Vaccines 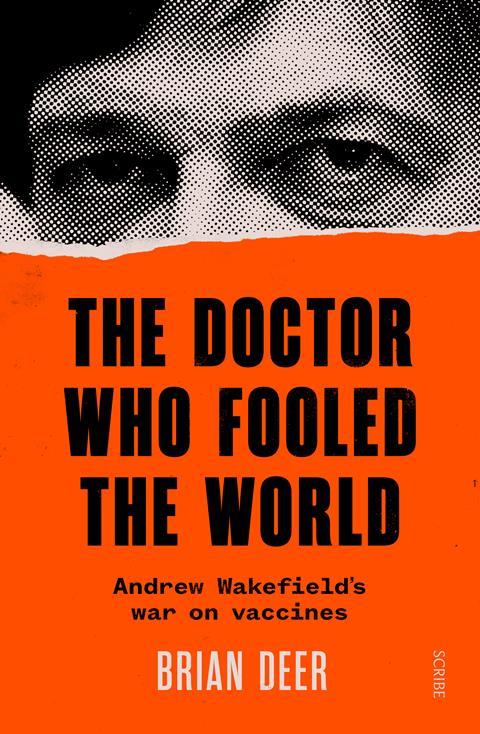 Now, more than ever, discussions about vaccines are everywhere. In the middle of a pandemic, they are a beacon of hope for many, while being the subject of great suspicion to others. These groups are not necessarily mutually exclusive, but the debate continues to boil, growing increasingly emotional. Despite vaccines (and versions of) being used for hundreds of years, even predating the famed Edward Jenner, societal distrust has never been higher. With all this considered, The Doctor Who Fooled the World is an unsurprisingly evocative book.

The book focuses on Andrew Wakefield, the man behind the first publications (since heavily and appropriately criticised and retracted) that drew links between the MMR vaccine and autism in the 90s. The story of how he reached the point of publication, as well as the storm that erupted as a result, is astonishing. The Doctor Who Fooled the World meticulously relays every event that allowed Wakefield to become his infamous self, as well as how he heavily fell from grace. The shockwaves of Wakefield’s research are also explored, as the antivaccine movement continues to gain momentum and influence all over the world.

The level of research that has gone into The Doctor Who Fooled the World is staggering. There is not a single line of enquiry that was left unexplored or stone left unturned. Those who were involved in the years-long story have been interviewed extensively, with direct quotes and descriptions scattered throughout the book. Particular media appearances that are described in detail can be found and watched online, allowing a very intriguing dual perspective on the story as it developed.

Brian Deer writes as a man who has spent a large portion of his career focused on Wakefield. While reading, there is a sense that Deer has developed quite the personal grudge against his subject. The edgings of a hero–villain dynamic occasionally cloud the narrative (with Deer in the protagonist role, of course). This can stray into a somewhat gleeful, self-congratulatory tone as he credits himself as the one to bring Wakefield to truth. This is while (somewhat ironically) going into depth about Wakefield’s ego problem. Although these sections can elicit an eye roll or two, it does also add to the dramatism and engagement of the story.

For any who work in medical practise or research, The Doctor Who Fooled the World can almost act as a cautionary tale. This is what can happen without proper care, consideration and ethical transparency. This book isn’t, however, necessarily written for those who work in science. Deer does an okay job of explaining scientific methodology and processes but is better at explaining the politics and social implications of the story. It’s about the people involved as much as it is the science.

Overall, The Doctor Who Fooled the World tells an incredible story, which is likely to elicit quite a reaction from its readers. Deer tells the tale in a dramatic style, which is engaging albeit over-the-top in places. It is as applicable a narrative now as it was when the events were taking place, maybe even more so. It is definitely not a story that should be forgotten.