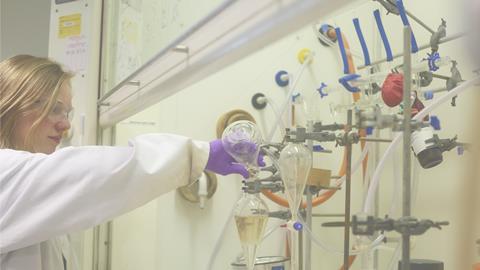 The future of chemistry: Science Horizons and Chemistry Means Business 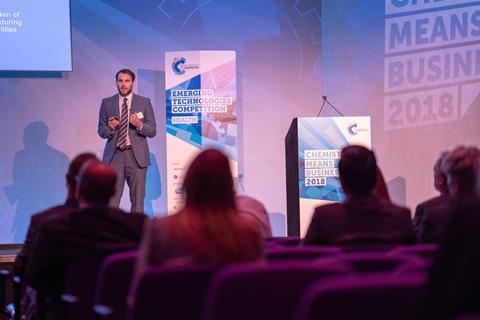 A key industry-led event, the RSC’s Chemistry Means Business expo will happen in London on October 28–29

Yet many more working in scientific communities are making chemical connections daily to provide answers to fundamental questions about our world. At the upcoming Chemistry Means Business event in London, delegates will see how today’s startups are filling the innovation gaps that Science Horizons reports.

The RSC report showed that chemical scientists are as focused on the issues igniting consumer movements – such as single-use plastics and carbon emissions – as on healthcare innovations that use synthetic biology and complex organic synthesis vital to new solutions. Deirdre Black, the RSC’s head of research and innovation, is set to share her thoughts on the report’s insight into ‘scientific advances and frontier techniques’ in her keynote speech at the event on October 28–29.

‘Chemical scientists, working in collaboration with other science and engineering disciplines and with industry, are deeply committed to developing solutions to global challenges from energy and urbanisation to environment and human health, says Black. And, in the session following Black’s keynote presentation, a range of companies shortlisted in the RSC’s Emerging Technologies competition will demonstrate how that culture is manifesting in startups across Europe. 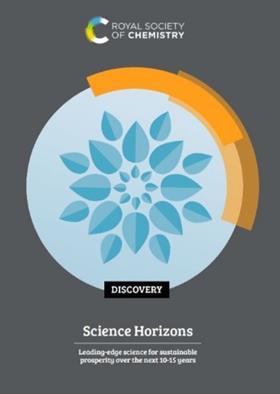 Working in the field of complex organic synthesis – arguably among the most challenging areas of scientific advancement today and key focus of the report – is Asymmetric Suzuki Reactions (ASR).

‘All the factors which determine the success of a drug molecule – the way it interacts with the disease target, the way it behaves in the body, and its toxicity – can be related to its basic molecular structure: the connections between the atoms that make up the molecule, says Sarah Morrow CEO and co-founder of ASR.

‘Complex molecular structures appear to have some of the most desirable properties for drug development and success. However, methods to access these complex molecular architectures are few and far between, and the pharma industry is searching for innovations in synthetic chemistry which will allow them access to these molecules,’ she adds.

Based on metal catalysis, ASR developed innovative technology to make complex molecules from simple building blocks. This technology will greatly enhance the search for new medicines and improve the manufacture of known drugs. It has already been demonstrated in three different routes towards Niraparib, a drug molecule approved for treating of certain cancers. 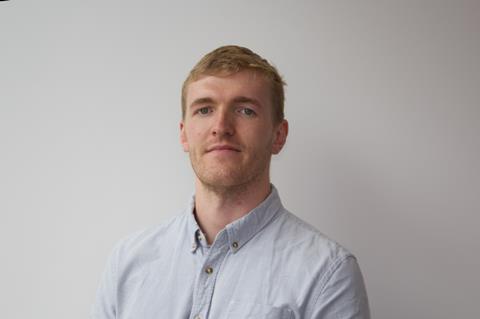 Described in the report as ‘systems that interface autonomously with living systems’ or innovations that ‘introduce new catalytic functions into human cells’, synthetic biology emerged as an exciting area of advancement during a workshop programme for the Science Horizons report which attracted over 240 contributors.

The synergies of University of Bristol spinout CytoSeek with this key area of therapy will also be showcased at the event. Pivoting on the modification of naturally occurring proteins, the lipid tails from the protein’s surfactant coating anchor it into virtually any cell membrane and may have a function itself – like a myoglobin system that delivers oxygen. Fusion proteins that allow the embedding of peptides, proteins and enzymes can also be created.

The protein’s ability to remain oxygenated is key because it stays alive long enough to perform its healing function at the target site. It is why Carter’s team has dubbed them scuba cells.

‘The lack of oxygen solid tumours exhibit causes a change in their metabolism, and an increase in size. They can also start to release immunosuppressive factors, which stops the immune cells from working,’ Carter says. The innovation has already been demonstrated in post heart attack tissue therapy, and in cartilage cell therapy where injected cells are more likely to go where directed. ‘In an animal model CytoSeek has shown double the number of cells reaching the target site,’ Carter adds.

It’s true that consumer attitudes to plastic waste and regulatory changes are disrupting plastics markets and creating opportunity but the rise in what the Science Horizons report terms chemical ecology is inspiring innovation within the scientific community. Choosing plant proteins over polysaccharides to develop a microplastics alternative is what sets one Cambridge, UK-based startup apart.

‘There’s been much research on starches like algae these past 20 years and the emergence of products which we consider natural and which aren’t fully fossil fuel-based. To deliver performance they need chemical cross-linkers,’ explains Xampla CEO Simon Hombersley.

‘Over 10 years, we’ve engineered a plant protein into a robust usable structure with no cross-linking. It is insoluble yet digestible – which means it can be used in cosmetics, shampoos and everyday detergents then degraded by microbes at the end of its life,’ he adds.

With the EU announcing its ban on microplastics this year, and pressure from his niece to boycott a fast food chain for its use of plastic straws, Hombersley sees the timing as ripe. And, the University of Cambridge spinout has a customer-funded product ready for a 2020 launch. 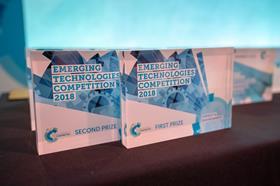 Now in its 5th year, Chemistry Means Business brings together leaders in the chemical sciences industry, academic entrepreneurs and key players in innovation.

There will be workshops, speakers and the announcement of the winner of the RSC’s 2019 Emerging Technologies competition.

Food waste solution at your fingertips 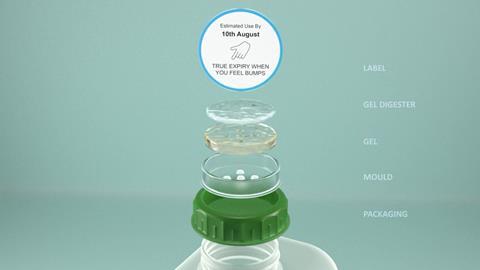 It was Mimica founder and director Solveiga Pakštaitė’s bid to stem rising levels of obesity and diabetes among the blind and visually-impaired for an educational design project that inspired Mimica Touch – a food expiry label that activates on opening. But in devising a means to communicate the probability of a food’s expiration by touch alone and enabling blind and partially-sighted consumers more freedom to choose fresh produce, Pakštaitė’s invention removes the guesswork from pantry clearing for everyone.

And it’s high time given that food production remains high on the list of priorities for global leaders and innovators. Whether it’s about ensuring foods are accurately labelled, or safe from contaminants or ensuring we have enough to feed growing populations against oft-threatened harvests, limiting waste streams can relieve pressure on supply streams and make food go further.

Pakštaitė’s invention relies on a gel located on the product’s outer packaging and combines an ability to monitor the product’s environments with an in-built knowledge of how particular foods degrade in those environments. The gel becomes bumpy to the touch when it has been exposed to conditions that cause expiration.

With UK association the Food Recycling Action Plan (Wrap) estimating that 60% of the food we discard is still edible, Mimica technology has huge potential to change consumer habit. Now a 12-strong team, Mimica’s R&D is based at labs in the universities in Wrexham and Chester and is currently setting up its first manufacturing run with the innovative set to feature on juice and milk packaging from 2020.

Rubynanomed is a spinout from the International Iberian Nanotechnology Laboratory in Portugal. The company’s device – named Ruby in memory of a friend of the company who didn’t survive her cancer – is able to capture the cancer cells circulating in a 7.5ml blood sample from a cancer patient.

‘It is like finding a needle in a haystack,’ says the company’s CTO Sara Abalde-Cela. ‘Aside from providing information about the number of cells, this technology is capable of informing on the types of cells. Being able to identify the amount of cells in circulation aids prognosis. Knowing whether a cancer is getting worse or the patient is improving gives medical professionals realtime access to feedback on treatment outcomes.

Diseased cells can leave the primary tumour and go into the bloodstream. When they reach a secondary organ metastasis – the development of secondary malignant growths a distance from the primary cancer – happens. 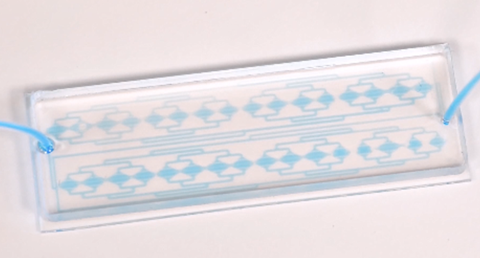 Rubynanomed indicates a progression, or regression, of cancer in realtime

Not only is the technology potentially more cost-effective than MRI scanning techniques, it yields more accurate information about the behaviour of the cells acting in the patient’s body. It can be performed regularly, is non-invasive and Abalde-Cela estimates its cost at €300, a fraction of the €1500 per MRI scan.

As a medical instrument currently in clinical review – with 90 breast cancer, plus 30 patients each diagnosed with colorectal, prostrate and melanoma, respectively, from across Spain and Portugal, where the company is based. In that cohort, the device has already revealed changes to patients’ cancer sub types from the point they were first biopsied. This means their doctors have been given information which could immediately change the patient’s course of treatment.

Outlines of the innovations of all the shortlisted entries for the RSC’s 2019 Emerging Technologies competition are available via the event programme. Chemistry Means Business takes place from 28–29 October at the QEII Conference Centre in London.

Speakers include Cheminformatics Technologies director Sarah Trice at Merck KGaA, Paul Jenkins, a research director at Unilever and David Freeman, a research and technology director at Croda. A full list of speakers is available and you can register here.