The transition to ‘clean’ energy is increasing demand for precious metals and rare earth elements, which are costly, time-consuming and often environmentally harmful to mine. The experts at Johnson Matthey share the innovations in nanotechnology as well as approaches to re-using and recycling materials that are essential to help us get to a carbon-neutral future.

‘When the world was steam-powered, about eight enabling elements were needed. When it was oil-powered, around twice as many critical elements were required. Now we’re moving towards electrification and renewable power, we need roughly 50 elements, and half of them are critical and scarce.’

This is how Suzanne Ellis, innovation director at Johnson Matthey, summarises the challenge in moving from fossil fuels to renewable energy. Many clean energy technologies are highly reliant on critical materials, precious metals and rare earth elements including platinum, iridium, nickel and cobalt.

Not only that, but they need more of them than ever before. For example, while electric vehicles (EVs) can do much to cut the harmful emissions on our roads, according to the International Energy Agency (IEA), they require six times the amount of minerals compared to a combustion-engine car.

the more you are able to recycle, the more you will be able to build the assets and infrastructure that are vital for reaching net zero emissions

The rareness of the elements involved means that, as the energy transition accelerates, there is a risk of shortages, price volatility and supply disruptions. As the IEA has pointed out in a new report, these potential shortages would seriously hamper our progress towards the goal of net zero emissions by 2050.

As a company specialised in the refining and use of precious metals since its days as an assayer of gold and platinum in the 1800s, Johnson Matthey has been working on solutions to ensure sustainable levels of these critical materials for some time.

It takes more than sixteen years on average, from the discovery of a minerals deposit through to a mine’s first production, according to analyses by the IEA. And mining is only one part of a long value chain.

To meet growing demand, recycling those materials, including precious metals, is an absolute priority. 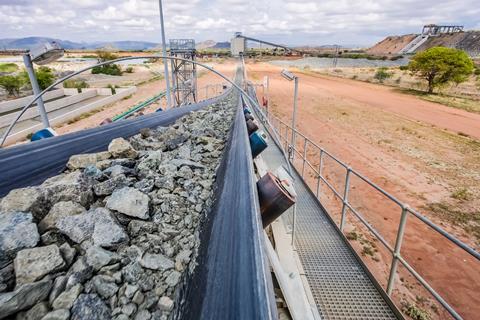 Tonnes of rock need to be mined and processed to produce a small quantity of platinum, requiring a lot of energy and producing a large amount of carbon dioxide in the process.

‘Recycling of critical raw materials will be crucial for the energy transition because, without recycling, future use of these essential materials will be hampered,’ says Eugene McKenna, managing director of Green Hydrogen at Johnson Matthey, which is developing closed-loop recycling systems for EV batteries, fuel cells, and green hydrogen electrolysers.

‘Or – to put it more positively – the more you are able to recycle, the more you will be able to build the assets and infrastructure that are vital for reaching net zero emissions.’

Platinum, for example, is used in catalytic converters but also in the catalyst-coated membranes that Johnson Matthey manufactures for proton exchange membrane electrolysers for the production of green hydrogen. Produced electrolytically from water using renewable energy, green hydrogen is carbon-free to produce and use.

As a clean alternative to fossil fuels in home heating, transport and industry, demand for hydrogen is set to increase two-and-a-half times by 2030. This has the potential to substantially increase demand for platinum.

The extraction of platinum and the associated processes are important to help meet these demands, but they are highly energy intensive.

‘In some instances you’ve got to mine 40 tonnes of rock to get less than an ounce of platinum out of it, which generates large amounts of carbon dioxide’ says McKenna.

In contrast, recycled platinum has a lower carbon footprint than that coming straight from a mine, simply because it doesn’t need to be extracted from rocks.

The good news is that, with the right technology, close to all used platinum can be recovered and recycled, not just once, but many times over. ‘Some of the platinum used today may have been mined many decades before because it keeps going around in a circle,’ adds McKenna.

For the re-use of precious metals to be effective, products need to be designed with this circularity in mind.

Extracting ever-smaller nuggets – down to atoms – of material from a battery or fuel cell is every bit as difficult as it sounds. In addition to highly efficient recycling processes, the return journey of a product needs to be just as well thought through as its original production. And this starts with a highly effective R&D phase.

‘When you’re inventing, you already need to think about the product coming back to you for recycling,’ says Elizabeth Rowsell, corporate R&D director at Johnson Matthey whose team works on designing products with circularity and sustainability in mind.

‘You need to keep thinking about what raw materials you need to use and how you’ll get them back out.’

For example, batteries are designed so that they can be dismantled at the end of their lifecycle. The active components are crushed to a powder referred to as ‘black mass.’ This needs to be processed further to filter out critical materials, including cobalt, nickel, manganese, lithium and graphite, ready to be used again.

if you watch what happens on the surface of a catalyst, you realise that only a few atoms are doing most of the work

Laying it on thin

Alongside recycling, there is an ongoing drive to use these precious metals as sparingly as possible or, in industry terms, ‘thrifting’.

Using advanced characterisation tools, it is possible to understand how materials work down to the atomic scale. Scientists can then bring in nanotechnology to make tiny changes to a material’s structure, so they can use less and less of rare metals like platinum or iridium to achieve the desired effect. 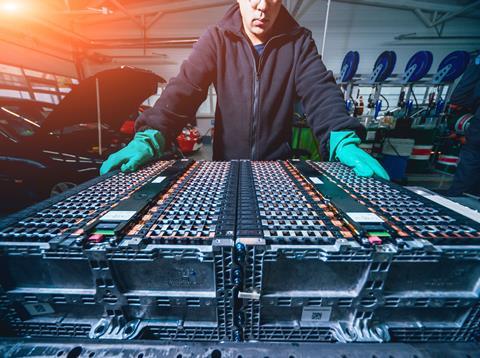 While electric vehicles can cut  emissions from transport the batteries require numerous minerals.

‘If you watch what happens on the surface of a catalyst, you realise that only a few atoms are doing most of the work,’ says Rowsell. ‘So, whether you’re making a catalytic converter, green hydrogen electrolyser, or a fuel cell, you are only going to put the precious atoms in the places you want them to be.’

By placing atoms precisely where they are needed, the demand for critical materials can be kept at a minimum, reducing pressure on supplies.

There is no single answer to overcoming the challenge posed to the energy transition by the supply of critical materials.

Sustainable product design, high-yielding recycling and the precise application of critical materials and precious metals will all contribute to taking the pressure off available supplies.

But they are only some of the factors we need to get right to get to net zero. As the IEA has outlined, adequate investment in diversified sources, supply chain resilience and strong environmental standards will also be critical to achieving a carbon-neutral future.