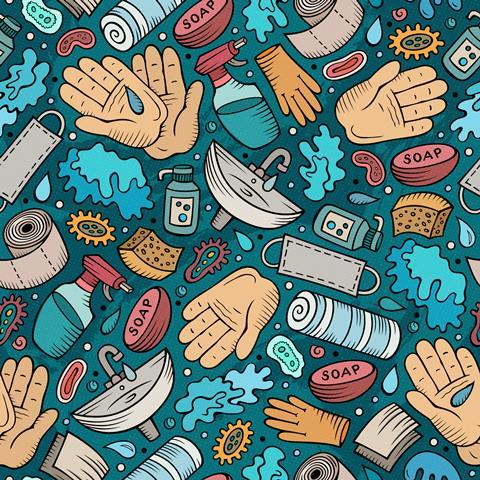 For over 40 years Unilever has been researching and applying alternatives to animal testing, working with industry, academia, government scientists and NGOs to provide evidence, educate, change minds, challenge regulations and ultimately marshall in a new era of sustainable safety testing that isn’t reliant on animal models.

Human biology is different from that of rats, mice or rabbits, and there is no guarantee that animal test results will also apply to humans. While huge strides have been made in developing more human-relevant alternatives in recent years their acceptance by regulators remains a problem.

Humans often metabolise chemicals differently from animals, further reducing the relevance of animal models for exposure. ‘Now and again, the body will metabolise something in a way that activates it, and makes it worse,’ says Steve Gutsell, a computational scientist and team leader in Unilever’s Safety and Environmental Assurance Centre (SEAC). He believes that many instances where animal and human effects differ have their roots in metabolism.

if you talk to the leading scientists in the field, animal models are now archaic

A lot of effort has been put into the development of human-relevant cell models and approaches that allow human exposure to be assessed more accurately, and big advances have been made. ‘If you talk to the leading scientists in the field, animal models are now archaic,’ Gutsell says. ‘The standard rat toxicity study has not moved on for more than half a century.’

Unilever started looking seriously at the issue of animal testing about 40 years ago using cell-based assays. Computer modelling now also has a huge role to play, and the SEAC team includes over 30 mathematical modellers, computational chemists and bioinformaticians.

However, there are very few specific examples where an individual animal test has been directly replaced by a non-animal-based alternative. Rather, successful replacement relies on taking a different approach entirely.

Exposure-led risk assessments can be used to inform safety decisions. ‘You can determine the exposure and then the hazards that need to be considered, and therefore the ultimate risk,’ Gutsell says. ‘This is how we believe it should be done. But you can also come at it the other way, by looking at all of the possible hazards and gathering information to give reassurance of safety.’

Several external collaborations, notably one with the US Environmental Protection Agency (EPA) and another with chemists at the University of Cambridge, have been instrumental in Unilever’s advances. The company also works closely with other companies and institutions as part of the EU ToxRisk research programme, looking for ways to move safety science away from its reliance on animal testing.

Take the collaboration with Jonathan Goodman’s group at Cambridge. Adverse outcome pathways (AOPs) take the standpoint that toxicology is a logical sequence of events that can be mapped out. ‘If you are talking about an adverse event happening because of exposure to a chemical, there are two anchor points,’ Gutsell says. ‘There’s the adverse outcome that happens to a person – they might develop a rash, have a behavioural change, or even die. But the first anchor point is a chemical interaction, a “molecular initiating event” or MIE. This is chemistry, not biology.’

If a chemical causes a MIE that is linked to an AOP, it may (or may not) lead on to the adverse event. But, critically, if it does not cause that MIE, it cannot. ‘If it doesn’t bind the oestrogen receptor, for example, it’s not going to have an endocrine effect by an oestrogenic mechanism,’ he says.

Goodman realised that never mind a map, an atlas of MIEs would be a valuable tool. ‘The number of chemical receptor interactions that are now catalogued and available in databases represents a real step change,’ Gutsell says. ‘I started out doing quantitative structure–activity relationship predictions from modelling, with sets of maybe 10 or 100 data points. Now, each model typically has 2000 to 10,000 data points – and the Cambridge group has developed predictive models for over 100 MIEs.’ It’s been so successful that the atlas project was awarded the Lush Science prize for animal test replacement efforts in 2020.

Crucially, Unilever now has an in-house software tool that uses artificial intelligence and neural networks to generate predictions. ‘You give it a chemical structure, it screens it against 100 potential MIEs, and it tells you whether the interaction is likely to happen,’ Gutsell says. ‘This broad-brush approach gives some reassurance that the wide biological space of toxicology is being covered and can guide further in vitro testing.’

The second important collaboration, with the EPA, started in 2015. The EPA’s Toxcast programme was using in vitro assays to prioritise those chemicals most likely to be toxic for further animal testing. Unilever wondered whether safety decisions could be made based on the in vitro data by adding in the exposure scenario.

‘You’re looking for big margins of exposure – big differences between the exposure level, and the level where you start to see a biological effect,’ says Paul Russell, chemistry science leader at Unilever’s SEAC. ‘It’s worked really well. The assay set has evolved from what was commercially available at the time, and it’s now fairly targeted and more human relevant. It looks at phenotypic effects in cells, receptor interactions and also  transcriptional changes.’ 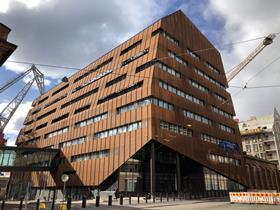 The European Chemicals Agency enforces Reach regulation, which often requires data from animal tests to verify safety - even when the hazard and risks are low. Unilever is working with its partners to improve industry and regulatory understanding of how non-animal methods can ascertain chemical safety.

While there is a desire to move away from animal tests from both ethical and scientific standpoints, they may still be demanded by regulators. In the EU, the scientific committee on consumer safety oversees safety for non-food consumer products and Unilever has discussed with them how developments in ‘next generation’ safety science can be applied to cosmetics. ‘They are happy to consider exposure-based risk assessment as a way of making safety decisions on products, rather than requiring animal data,’ Gutsell says.

However, there is a dichotomy – the ingredients in cosmetic products have to be registered under Reach (registration, evaluation, authorisation and restriction of chemicals) when they are manufactured in, or imported into, the EU. And the registration process invariably demands data from animal tests.

‘The way Reach is enforced by the European Chemicals Agency (ECHA) essentially requires you to do animal tests,’ he says. Submissions including all manner of alternatives have been attempted by industry, but the dossiers are routinely rejected, with ECHA demanding tests such as 90-day rodent feeding studies instead. Many chemical suppliers are left feeling there is no alternative but to do animal tests.

There are OECD-validated in vitro methods for some well-defined endpoints, though, such as skin sensitisation, and their value is clear. For more complex systemic effects, a shift in mindset is required. ‘You will never find a direct replacement for the classic 90-day rodent feeding study, where very many systemic effects might occur,’ Gutsell says. ‘The idea that there could be a drop-in replacement such as a cell-based assay or computer model is unrealistic.’

A real mindset shift is needed. The amount of an ingredient in a product might be very small, and exposure low when it is used by a consumer. But ECHA is also concerned about the occupational safety of workers making and using the chemicals in bulk, and not just in the small amounts that are present in an individual consumer product. Even then, in reality, the potential for exposure in a factory setting may be very low, despite the large volumes.

Gutsell cites the example of a chemical used by Unilever in a reaction to make a soap product. ‘The substance has virtually no hazards: it is mildly irritant if in contact with the hands for a long time,’ he says. ‘There is virtually no chance of occupational exposure: the only time operators might come into contact with it is if maintenance protocols aren’t properly followed. Even then, the hazard and risk are very low. Yet ECHA says that because there is the potential for some exposure, however unlikely, testing is required.’

we need to provide education and training material freely around the world, translated into many languages, so people can understand how the new tools can be applied to give a risk assessment

The way Reach considers toxic and non-toxic in a binary way is non-scientific, he adds. ‘It’s a sliding scale, and there are perfectly acceptable exposures. It would be better to say that a substance is safe if used with these controls, or below these levels. If we put even 10% of the effort we would have put into generating animal data into understanding what the exposure to the workers actually is in the factory, we could show that the testing is not necessary. We need to get better at articulating this; ECHA need to get better at understanding it.’

Russell agrees. ‘We need to provide education and training materials on non-animal approaches for assessing safety freely around the world, translated into many languages, so people can understand how the new tools can be applied to provide a risk assessment,’ he says. ‘Taking an exposure-led approach is key to being able to do this without animals.’ Programmes such as the Animal Free Safety Assessment collaboration and the Save Ralph campaign with the Humane Society International are important for raising awareness, and many other industry partners are involved.

He adds that Unilever is also advocating strongly for global regulatory change, and pushing back on ECHA’s demands that chemicals need to undergo more animal testing, regardless of how they are used. ‘We need to share our science, making everything we do in our research programme publicly available,’ he says. ‘We have to share case study examples of where non-animal methods are being applied to demonstrate that we don’t need to use animals. The science is already there. We need to use it.’

UnileverOur purpose is to make sustainable living commonplace. It’s why we come to work. It’s why we’re in business. It’s how we inspire exceptional performance.