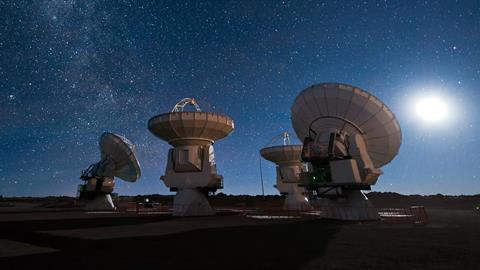 An international astronomy team has made the earliest known discovery of oxygen in the universe – more than 13 billion years, or just 600 million years after the Big Bang.

The researchers from University College London (UCL) observed interstellar dust on A2744_YD4, which is the youngest and most remote galaxy ever identified by the Atacama Large Millimeter/submillimeter Array (Alma). Alma is an international partnership that runs a telescope composed of 66 high precision antennas in northern Chile.

Interstellar dust is mainly composed of silicon, carbon and aluminium in grains just a millionth of a centimetre across. The chemical elements in these grains are created inside stars, and they are scattered across the cosmos when these stars die. 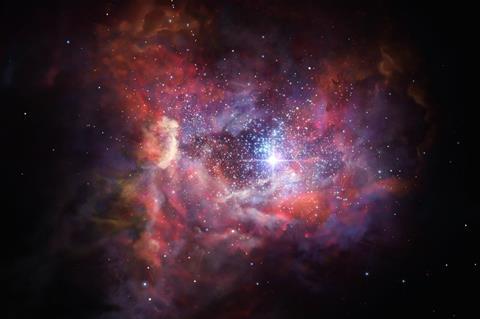 It was through observations of the surprisingly large amounts of such interstellar dust in A2744_YD4 that the team detected the glowing emission of ionised oxygen.

Back in June 2016, astronomers at the European Southern Observatory identified oxygen in one of the most distant galaxies known – created 700 million years following the Big Bang. ‘We have detected the same line of oxygen but at higher redshift, which means at an earlier epoch,’ explains UCL astrophysicist Nicholas LaPorte. The team estimate that A2744_YD4 formed approximately 200 million years after the Big Bang, making it one of the oldest galaxies ever observed.