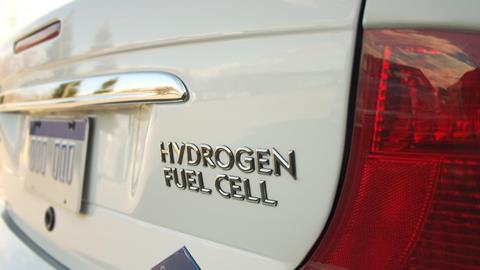 Researchers in China have developed a catalyst that they think will enable more practical hydrogen fuel cell vehicles, which could overthrow today’s convenient but polluting combustion engines. Ding Ma from Peking University in Beijing and co-workers make hydrogen and carbon dioxide from methanol and water, which happens in traditional approaches at 200–350˚ C. Ma’s team’s platinum-molybdenum carbide catalyst lowers that to 150–190˚C.

Fuel cells rip electrons from hydrogen molecules at one electrode, forcing the electrons to power a circuit, and leaving protons behind. The electrons return to recombine with protons and oxygen and form water at the other electrode. Toyota’s Mirai already powers its engine with such fuel cells, emitting only water, using hydrogen compressed to 690 times atmospheric pressure in a 120 litre tank. 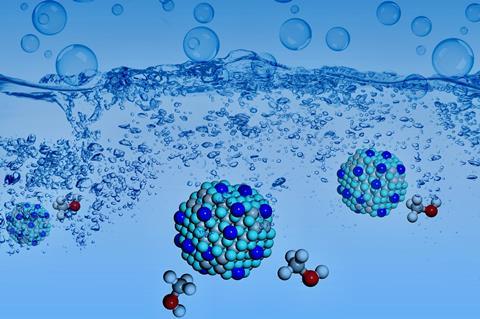 Ma questions how safe this is, and notes the lack of hydrogen filling stations. ‘Surely it is easier to establish methanol station infrastructure,’ he suggests. While introducing methanol means fuel cell vehicles would produce the carbon dioxide greenhouse gas they currently avoid, today industrial hydrogen production is a big emitter too. Also, Ma believes cars could capture carbon dioxide for reconversion to methanol. 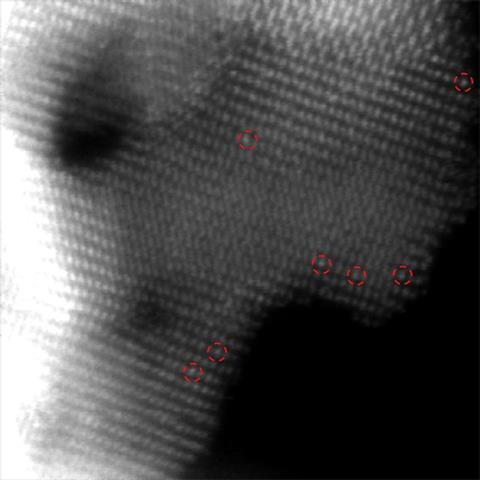 The researchers found that α -molybdenum carbide supports interacted strongly with platinum. Platinum donates electrons to the support, Ma explains. This means that intermediates in the reaction converting methanol to hydrogen attach to the metal less strongly. ‘If something is strongly bound, it will lead to the death of the catalyst,’ Ma says. Similar interactions with molybdenum carbide help make water molecules more reactive, allowing methanol production with only water, hydrogen and catalyst.

‘With the success of these highly active catalysts, use of methanol as hydrogen storage material and in-situ release on demand may lead to real applications, which is a major breakthrough in hydrogen storage and transportation,’ comments Beller.

Although companies are interested in the process, Ma says his team is now building its own prototype system and may establish a new company to commercialise it.