2
Peptones: over 100 years of life-saving innovation 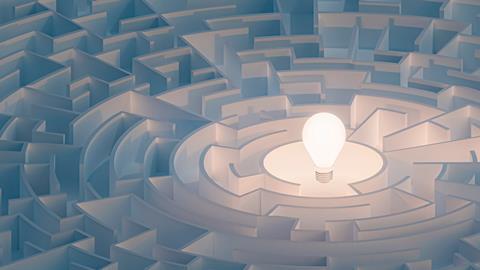 Peptones: over 100 years of life-saving innovation

From the way we communicate and travel to our entertainment and diets, there is no doubt that scientific innovation has had a hugely beneficial effect on our daily lives. However, despite the comfort and convenience that these discoveries have afforded us, arguably the most incredible and life-changing contributions are the breakthroughs that led to the introduction of modern healthcare – particularly life-saving public health measures.

During the mid-19th century, it is estimated that the death rate among urban residents in the United States was around 30% higher than rural residents.1 One of the primary reasons for this was the stark difference in water quality between the two areas.

Despite the construction of public health infrastructure, early sewer systems often emptied near drinking water intake sources, leading to frequent contamination with bacterial pathogens such as typhoid and cholera and subsequent disease outbreaks. Thus, there was a vital need for a method to eliminate disease-causing bacteria from drinking water.

Achieving this would first require a reliable way for scientists to culture bacterial pathogens and detect their presence in water samples. After much experimenting with a variety of media and nutritional supplementation strategies, a breakthrough came in the form of water-soluble protein hydrolysates - known as peptones. 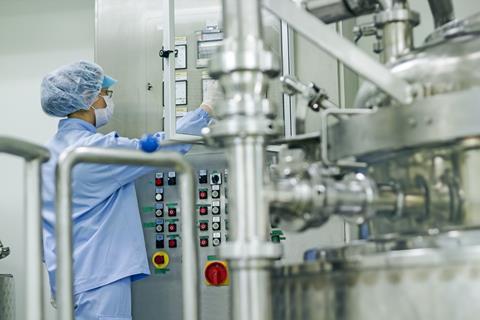 Bacto Peptone, released by Difco Laboratories in 1914, introduced the consistency and performance needed to operate bioprocesses at an industrial scale.

Originally described by Swiss botanist Carl Nägeli in 1880 and derived from egg albumin,2 peptones are created by partially hydrolysing proteins using strong acids, bases, or proteolytic enzymes. The result is a product rich in amino acids, peptides, vitamins, carbohydrates, nucleosides, minerals, and other components which can be easily used by cells for growth.

As both the protein source and digestion method can vary, the exact formulations of early peptones were often highly variable and unique to each lab. This variability opened a major gap for a more standardised, commercially available product. Through leveraging its considerable experience in producing high-quality proteolytic enzymes, in 1914, Difco Laboratories released the first bioprocess grade peptone, Bacto Peptone.

The dawn of a new era

Following its release, Bacto Peptone soon became known as the premium quality standard of supplement for microbial growth media and led to the development of a full line of peptone products.

As the peptone line expanded, so did the number of applications of peptones. This included identifying bacterial contamination in a wide range of consumer products across both the food and beverage and pharmaceutical industries.

Peptones also had a particularly transformative role in improving bacterial vaccine production. This was important as the manufacture of many early childhood vaccines, such as the diphtheria and tetanus toxoids and pertussis (DTP) combination vaccine, utilise large-scale bacterial cell cultures. With peptones, manufacturers could cost-effectively increase their productivity and in turn, improve access to life-saving vaccines.

In fact, peptones proved so successful in this area that they are still used in many bacterial vaccine manufacturing processes today and continue to enable low-cost immunisation programmes, which are particularly vital for lower-income countries.

In addition to their crucial role in bacterial vaccine production, over the years peptones have also supported the emergence of several new bioprocessing techniques. One of the most notable was the emergence of mammalian cell lines as a means to produce more complex biopharmaceuticals during the late 1980s and early 1990s.

The use of peptones, particularly for manufacturing monoclonal antibodies - which can be used as targeted treatments for a number of different types of cancer and autoimmune diseases - and recombinant proteins, is hugely popular. Primarily owing to the ability of peptones to provide a quick way for biopharmaceutical developers to optimise their bioprocess and improve titres without needing to research and develop a new mix of components in-house. Additionally, peptones also provide a nutritional buffering effect to help to protect cell cultures during long production cycles, supporting large-scale manufacturing processes. 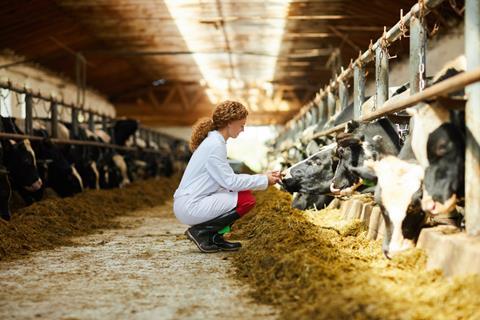 The emergence of bovine spongiform encephalopathy (BSE) drove development of peptones dervied from non-animal sources, such as yeast and soy.

However, this growth into mammalian cell-based bioproduction also coincided with one of the most challenging times for the bioprocessing industry – the emergence of bovine spongiform encephalopathy (BSE). First identified in the UK in 1986, BSE is a prion disease that can be transmitted to humans through contaminated bovine-derived products, including fetal bovine serum which has many bioprocessing applications. This contamination risk meant biopharmaceutical developers began looking for products that were not derived from animal sources.

While a few animal-origin free (AOF) peptones were available at this time, fears around BSE, and the risk of further transmissible spongiform encephalopathies (TSEs) emerging in other species, dramatically increased interest in these products. This led to a major demand within the industry for high performance peptones that were not derived from animal sources. To meet this emerging need, Difco pioneered the development of yeast and soy peptones for bioproduction applications.

Although there have been significant improvements in testing since the emergence of BSE to reduce contamination risks, the popularity of AOF products has continued to grow. This sustained demand has inspired the development of further high performance AOF peptones - first by Difco and now continued by Gibco following their joint acquisition by Thermo Fisher Scientific.

Working together for a better future

Alongside new sources of peptones, investigations are also ongoing into better integrating peptone use with process development as, despite their benefits, there remains a common misconception that peptones add variability to processes and can lead to product inconsistency.

However, this is not caused by the peptones themselves but rather the inherent variability of all cell culture media and supplements. Even with strict controls, a degree of raw material variability - often caused by small amounts of trace element contamination - should be expected.

It is therefore vital for biopharmaceutical manufacturers to understand this risk and identify any elements that have a particularly profound effect on their process and take steps to control them. By doing this, they can maintain and even improve the consistency of their process whilst still being able to gain the productivity benefits of leveraging peptones.

There is also a crucial need to meet high quality standards when it comes to peptone manufacturing. Due to their diverse and growing applications, there are now many different suppliers offering peptones. However, for use in biopharmaceutical production, detailed raw material specifications, strict manufacturing processes, and robust quality control and release testing protocols need to be in place to minimise variability as much as possible.

Both of these areas highlight the importance of biopharmaceutical developers collaborating with peptone manufacturers to help them understand and optimise their process and find the most suitable and high-quality peptones to gain maximum benefit.

Even after 100 years, the continued research and development into peptone formulations remains essential, not only to help optimise the manufacture of existing biopharmaceuticals but also to help support the development of next generation therapeutics such as mRNA vaccines.

Following the success of both Pfizer-BioNTech and Moderna’s Covid-19 vaccines, which both use mRNA to elicit an immune response, scientists around the world are working to apply this approach to develop new vaccines. As bacterial cells are required to produce the plasmids necessary for mRNA production, peptones could play a major role in facilitating improved productivity and accelerated vaccine production.

Overall, given their involvement in the development and manufacture of countless groundbreaking biopharmaceuticals over the last century, it is clear that peptones represent the past, present, and future of bioproduction. By combining trusted Gibco products with innovative new peptone solutions to meet emerging bioprocessing needs, Thermo Fisher strives to improve lives around the world. 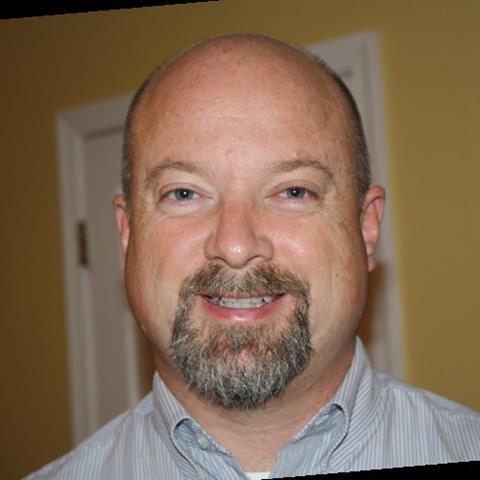 James is a Director of Research and Development for Cell Culture and Cell Therapy with Thermo Fisher Scientific. He has more than 25 years of experience in the medical device and biopharmaceutical industries, with expertise in mammalian cell culture and technical leadership. He received his PhD from Wake Forest University. 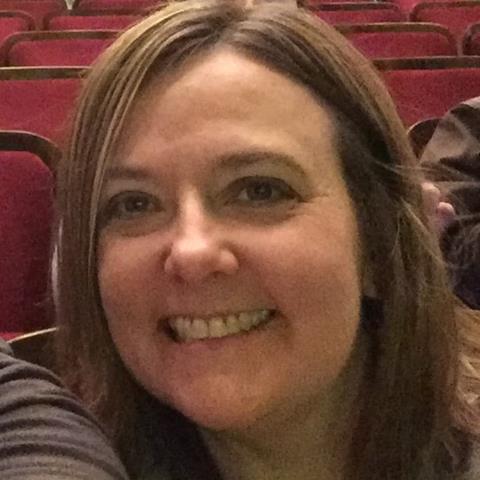 Stacy is a Senior Rearch and Development Manager for Cell Culture and Cell Therapy with Thermo Fisher Scientific. She has 30 years of experience in mammalian and microbial media design and manufacture, including her work on microbial media optimisation and peptone development. She focuses her work on the development of media, feeds, supplements, and processes for bioproduction applications. 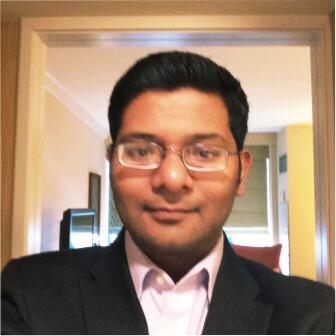 Neelanjan is a Staff Scientist, Research and Development for Cell Culture and Cell Therapy with Thermo Fisher Scientific. He received his PhD from Purdue University and has more than a decade of experience. His expertise includes media development and achieving consistent performance in bioprocessing through the identification of key drivers in cell culture media and supplements.