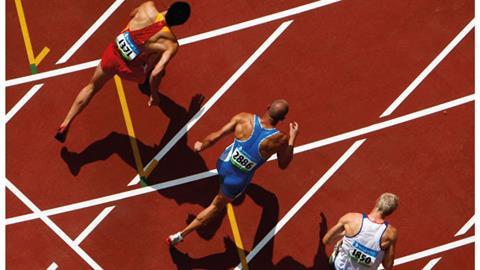 Chemistry and the Olympics 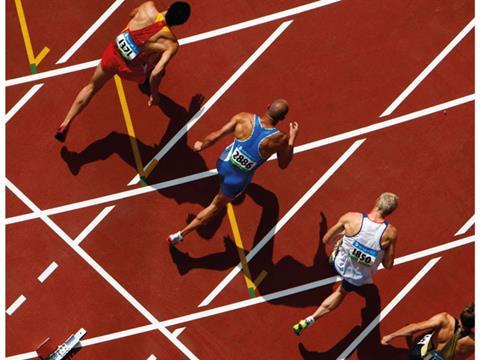 At GlaxoSmithKline’s site in Harlow, UK, the gas chromatographs and mass spectrometers are being prepared to be worked to their limits. The site is home to the anti-doping labs for this summer’s Olympic and Paralympic games, where 150 scientists will be working around the clock to test up to 400 blood and urine samples per day. About half of the athletes competing this year will be requested – without notice – to provide samples for testing, including all medallists.

The anti-doping drug testing operation is being run by King’s College London’s Drug Control Centre and is accredited by the World Anti-Doping Agency (WADA). Over the course of the games, the scientists will be tasked with analysing more than 6200 samples for as many as 400 banned substances across a range of pharmacological categories. Perhaps the toughest challenge is the rapid turnaround time required, with the majority of negative results set to take less than 24 hours to be announced.

To avoid any mistakes all samples will be barcoded, so that the testing centre knows where any sample is at any time and who is handling it. Each sample will be divided at the point of collection between two tamper-proof bottles labelled A and B. If the testing team gets a positive result from repeated tests on an A sample, the B bottle will be opened and analysed. Athletes are permitted to witness the opening of this second sample if they should wish. Unopened B samples are kept frozen for up to eight years for possible re-testing at a later date if the authorities develop a new testing technique or identify a new doping drug.

Most samples taken will be urine, but 1000 or more will be blood, according to David Cowan who heads the Olympic testing team. Urine is easier to test than blood, largely because it has higher drug concentrations and fewer proteins to complicate extraction. 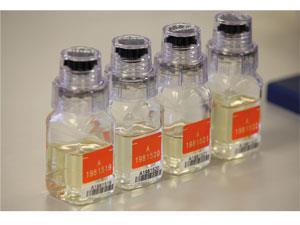 Urine samples are first cleaned using solid phase extraction, which collects analytes of interest on a sorbent phase. ‘We load the sample into a cartridge, and the analytes we want to look at are trapped inside while we wash it with a range of solvents to get rid of all the rubbish,’ explains Nicola Gray, an analyst in the 2012 testing labs.

Liquid chromatography-mass spectrometry (LC-MS) is then used to screen samples for prohibited compounds based on their masses. ‘We look for the masses of the banned compounds at characteristic times in the chromatogram and see if they are there or not,’ Gray explains.

LC-MS allows full identification of many banned substances. However, for stimulants with relatively low molecular weights, retention times and accurate masses are not enough to distinguish between very closely related compounds such as amphetamines and methyl amphetamine analogues. In this case further testing using gas chromatography-mass spectrometry (GC-MS) is required.

Steroids are also trickier to identify. Samples with elevated levels of steroidal urinary metabolites such as testosterone and androsterone are tested using isotope ratio-mass spectrometry (IR-MS), which compares levels of 13C to those of 12C value to give a 13C/12C (d) value. The d value is different for natural and pharmaceutical steroids, allowing analysts to clearly see if steroids have been abused by an athlete.

Pharmaceutical – or recombinant – erythropoietin (EPO) also needs extra testing; as it also cannot be identified using GC-MS. EPO regulates red blood cell production and increases red blood cell count to improve aerobic capacity and delay fatigue. ‘There is a subtle difference between the naturally occurring form of EPO that everyone produces and the recombinant EPO that you would inject yourself with if you were trying to cheat,’ explains Christiaan Bartlett, one of the experts overseeing the anti-doping lab’s activities. ‘We utilise that very slight difference in our method for differentiating in one athlete whether the EPO in them is natural or recombinant.’ Natural and recombinant EPO protein molecules have the same amino acid backbone yet differ in their attached carbohydrates – this affects the charge of the molecule.

Before testing, the urine samples are cleaned using multiple ultrafiltrations, and are then analysed using isoelectric focusing. Proteins move through a gel with a pH gradient, and where they stop on the gel depends on their charge. As recombinant EPO has a slightly different charge to natural EPO, its presence can be easily spotted.

Olympic and Paralympic athletes will all, no doubt, be reaching for the sports drinks during this summer’s games. Dehydration through sweating and depletion of the body’s carbohydrate stores both lead to fatigue during exercise, and sports drinks can help athletes to push themselves to their limits.

‘The evidence for sports drinks is overwhelming,’ says Mayur Ranchordas, senior lecturer in sports and exercise nutrition at Sheffield Hallam University, UK. There is even evidence that rinsing a sports drink around the mouth before spitting it out will improve exercise performance, he adds. 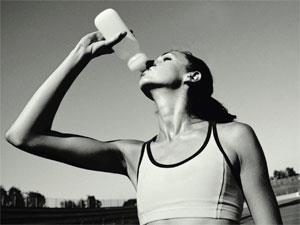 Carbohydrate receptors in the mouth activate brain regions believed to be involved in reward and motor control, according to recent research from the University of Birmingham.  Tests found that endurance-trained cyclists performed better at a time trial on an exercise bike after rinsing a carbohydrate solution around the mouth before spitting it out, compared to rinsing with a sweetened drink containing no carbohydrate.

‘The more sophisticated drinks will contain the transportable carbohydrates glucose and fructose in a ratio of 2:1,’ explains Ranchordas. This ratio gives the quickest fluid delivery. ‘In a glucose-only solution the muscle can only oxidise 60g per hour of glucose because the receptors are fully saturated. When you add fructose, your muscles can oxidise an extra 30g because the mechanism of delivery is different,’ he says.

Most sports drinks also contain electrolytes, such as sodium and potassium, to replace those lost in sweat. ‘We know that if you have a carbohydrate sports drink without sodium the fluid delivery isn’t as quick as if you add sodium,’ says Ranchordas. In the body, sodium helps to ensure that cells remain correctly hydrated.

Sweat rates differ between athletes. ‘You might have an athlete who loses 2–3kg of water but very little sodium or potassium, whereas another with only 1kg loss might actually have very concentrated sweat with high levels of sodium,’ explains Ranchordas. He and his team measure sweat rates of athletes by weighing them before and after exercise and measuring electrolyte concentration in the sweat. This knowledge has led to a range of different drinks, to suit different needs, being developed.

Some sports drinks also contain caffeine. ‘We have found that adding caffeine to a carbohydrate drink will enhance skill as well as endurance,’ says Ranchordas. ‘For a 70kg athlete, you are looking at about 200mg caffeine, which is about the same as in a double espresso,’ he says. Caffeine was removed from the WADA’s prohibited list in 2004, although remains part of its monitoring programme.

However, competing athletes do still need to be careful to avoid drinking sports drinks containing traces of banned substances. ‘Contamination is quite a big issue and there are supplements out there that are contaminated,’ Ranchordas says. He routinely sends supplements for testing to UK analytical company HFL Sport Science, which is owned by UK analytical firm LGC. Athletes have to be particularly wary of caffeinated products, which can also contain other banned substances such as ephedrine.

Sports drinks are also highly acidic and damaging to tooth enamel. For muscle recovery and rehydration post-exercise, Ranchordas recommends a pint of skimmed milk. ‘There is really good evidence that milk is great for recovery,’ he says. Its combination of electrolytes, lactose and proteins make it the ideal tooth friendly alternative.

Competitive swimming changed dramatically when UK swimwear company Speedo came up with full-body polyurethane swimsuits for the 2008 Olympic and Paralympic games. The suits trap a layer of air, reduce drag and increase buoyancy. They cut times so dramatically that Fina, swimming’s international governing body, has outlawed them since 2010.

This prompted researchers at Speedo’s ‘Aqualab’ facility in Nottingham, UK, to develop swimwear ranges within the new Fina guidelines. For the past four years Speedo has focused on its Fastskin gear – and is now marketing Fastskin3, a ‘system’ comprising suit, goggles and cap.

Aqualab researchers use computational fluid mechanics to predict the body and technology shapes that are likely to produce the least amount of drag, explains Tom Waller, head of Aqualab. The lab is also equipped with the same 2D scanning technology used to generate computer generated images for Hollywood films. 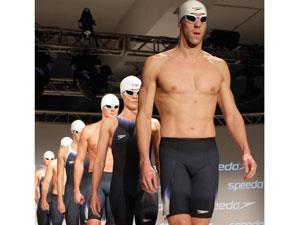 The new swimwear moulds the body in key areas so it is as close to the ideal ‘tubular’ shape as possible, says Waller. ‘The system ensures effective compression in key areas to sculpt the body into the most efficient form for swimming, producing the optimum return for each kick and stroke,’ he explains.

As you might expect, the female swimsuit has ‘greater compression around the bust and hips, together with a comparatively lower compression at the midriff and at the bottom of the legs,’ adds Waller. Explaining that the suit fabric also allows water to pass within its structure to create a water-in-water effect to reduce drag.

The flat goggles have a hydroscopic lens coated with a fluorinated chemical. Meanwhile, the new swimming caps are also designed to reduce ‘full body drag force’. The caps shape long hair to ‘improve hydrodynamics by filling a gap at the curve of the neck’, says Waller.

Waller adds that for competitive swimmers, the amount of oxygen used during swimming is critical. ‘The better the oxygen economy the

faster the swimmer can swim for a given effort or the longer they can maintain that effort.’

A well designed swimsuit can improve oxygen economy by manipulating the way muscles are used. In Speedo tests, the new Fastskin racing system gives an 11% improvement in a swimmer’s oxygen economy, compared with a flat silicone cap and standard goggles and suit.

To browse the RSC’s Olympic-themed educational resources or take part in the Chemistry in the Olympics Global Experiment go to www.rsc.org/sport