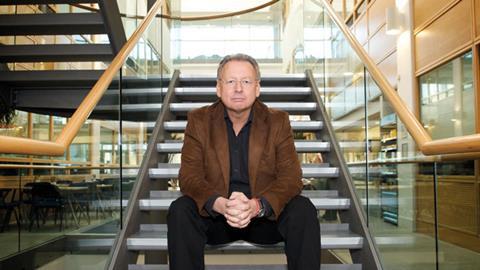 Paul Workman’s experiences in big pharma, academia and biotech gave him the tools to develop new drugs and spin out successful companies. Sarah Houlton profiles the 2012 Chemistry World entrepreneur of the year

Paul Workman’s experiences in big pharma, academia and biotech gave him the tools to develop new drugs and spin out successful companies. Sarah Houlton profiles the 2012 Chemistry World entrepreneur of the year 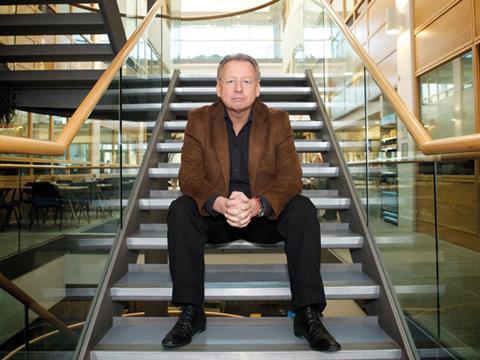 An early fascination for how chemistry can change biology led to a career in cancer research for Paul Workman. Now head of cancer therapeutics and deputy chief executive at the Institute of Cancer Research (ICR) in London, UK, Workman has been involved in the discovery of more than 20 cancer drug candidates, and the formation of two spin-out companies. ‘I’ve always been amazed by the ability of small molecules to modulate biology and cure diseases – and it was the stories of the discovery of penicillin, and also the work of Paul Ehrlich, that inspired me to study chemistry and biochemistry at university,’ he says.

As an undergraduate at the University of Leicester, Workman realised his interest lay in using chemicals to investigate biology, rather than synthesising them. At that time, cancer-causing oncogenes were starting to be discovered, leading to an early molecular understanding of cancer, and he moved to Leeds for a PhD on tumour-targeted DNA-damaging agents. ‘Inspired by my mentor, Tom Connors, I worked on the mechanism of prodrug compounds designed to be activated by enzymes within cancer cells, making them more tumour-selective,’ he says.

Towards the end of his PhD, an interesting job came up at the Medical Research Council’s oncology unit in Cambridge. ‘It was an incredible opportunity,’ he recalls. ‘I had been using the then-new technique of HPLC to study drug pharmacokinetics, and they hired me to set up the first cancer pharmacology group in Cambridge. I was, effectively, running my own lab straight out of a PhD.’

Workman still focused on improving the therapeutic selectivity of drugs by targeting enzymes. ‘There was also interest in tumour hypoxia, because cells in solid tumours cells outgrow their vasculature,’ he says. ‘I worked on drugs with redox properties that would be converted to the active form in regions of low oxygen by reductase enzymes.’ This marked the start of his interaction with industry – working first on a project with Roche, and then as a visiting fellow at SRI International in California, US. One of the bioreductive drugs he worked on, tirapazamine, was licensed to Sanofi-Synthélabo through SRI, and reached Phase III trials.

In 1990, after 15 years in Cambridge, he joined medical oncologist Stan Kaye in the Beatson Laboratories at Glasgow University as director of laboratory research. ‘We were doing translational research, with a focus on blocking oncogene signalling, especially kinases, and made some early EGFR [epidermal growth factor receptor] inhibitors,’ Workman says. ‘With a university chair and a Cancer Research UK Life Fellowship award, I ran a large research department, which taught me a lot about scientific leadership, managing people and larger scale collaborative research.’

Three years later, Workman got a call from ICI, which was then in the process of splitting off its biosciences business to form Zeneca. ‘They wanted a new initiative in cancer, and asked me to run it,’ he says. ‘I learnt a lot about medicinal chemistry, industrial project leadership and strategic thinking, and was closely involved in the programme to reengineer the company’s global research function. It also allowed me to live near my football team, Manchester United, for the first time!’ He was responsible for the biology of the project that brought the EGFR inhibitor gefitinib (Iressa) to market for lung cancer. During this time, he also came into contact with the biotech sector through a strategic collaboration with Sugen, a company in California focusing on kinase research. 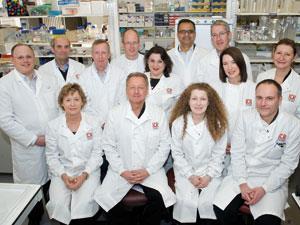 ‘I also learnt big pharma wasn’t where I could maximise my impact – although I enjoyed the strategic planning and industrial scale, I really missed having my own research lab,’ he says. ‘After four years at Zeneca, I was given the opportunity to head the Cancer Research UK-funded Cancer Therapeutics Unit at the ICR, where I still am today.’

Workman envisaged the ICR’s drug discovery group would be positioned between – and collaborate closely with – basic researchers discovering new targets, and clinicians at the Royal Marsden, ICR’s partner hospital, who conduct biomarker-driven clinical trials. By running industry-like drug discovery programmes in a non-profit environment, the unit could take on a higher level of risk than industry, finding molecules to show a novel prototype drug approach works. They can then collaborate with an industrial partner, or form a spin-out company.

‘It was an experiment to combine all the best elements I had seen in academia, big pharma and biotech,’ he says. ‘With long-term Cancer Research UK funding and ICR support, I built a great team of people skilled in modern drug discovery technologies – molecular biology and pharmacology, high-throughput screening (HTS), x-ray crystallography, medicinal chemistry, and computational methods.’ The unit now employs 160 people. 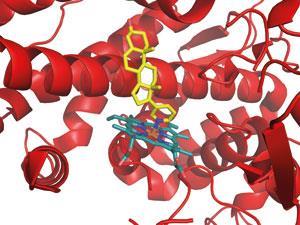 There has already been a good deal of success. The prostate cancer drug abiraterone  (Zytiga)was approved last year, and several other molecules are in the later stages of clinical trials with various partners. One of these acts on HSP90, a chaperone molecule that supports many cancer-causing proteins; blocking it may give an anticancer effect and overcome drug resistance. ‘I’d not been able to convince big pharma to go after such high-risk targets, but at ICR I was encouraged to,’ Workman says. ‘We had an expert collaborator in Laurence Pearl, who had done the first crystal structure of HSP90, and we identified prototype inhibitors by HTS.’

Medicinal chemists at ICR improved the prototypes using structure-based design, finding compounds that blocked HSP90 in cancer cells and inhibited their growth. At that point, biotech company Ribotargets was looking to move into oncology, and began working with the ICR team to move the project forward. An HSP90 inhibitor was licensed to Novartis, and is showing promise in Phase II trials for lung and breast cancer. While the initial high-risk research was done in the academic lab, he believes that rapidly joining forces with a fleet-of-foot biotech produced a clinical candidate more quickly.

To exploit another promising anticancer target considered too risky by industry at the time, Workman founded – with academic colleagues Mike Waterfield and Peter Parker – a spin-out company, Piramed Pharma. The PI3 kinase enzyme, especially the alpha form, is used by cancer viruses and tumour cells, but it is a lipid kinase rather than the more familiar protein kinase, and its additional role in insulin signalling caused concern that blocking it could lead to diabetes. For three years they partnered with Yamanouchi before the Japanese company pulled out. ‘Suddenly there was no commercial partner, but we had nanomolar inhibitors that slowed cancer cell growth, and also worked in animal cancer models,’ he says. ‘So we spun out a company, with funding from JP Morgan and Merlin, to advance the project as fast as possible.’

With interest in the alpha target stimulated by the discovery of frequent mutations in human cancers, inhibitors were licensed to Genentech and the drug GDC-0941 was advanced into the clinic, with activity seen in Phase II trials. Another form of PI3 kinase, delta, was also being investigated as it was linked to immune inflammation as well as cancer. After six years, without needing further rounds of investment funding, Piramed was sold to Genentech’s parent company Roche, with a 10-fold return on investment for the venture capitalists, and clinical trials continue.

This was not Workman’s first foray into the world of spin-outs, however: in 2000, he and academic collaborator Tony Kouzarides from Cambridge had founded Chroma Therapeutics to target chromatin-modifying enzymes in cancer. ‘Many proteins involved in the control of gene transcription work by modifying chromatin, for example by adding or removing acetyl or methyl groups,’ he says. ‘With the help of Cancer Research Technology, we realised the best way to advance was a spin-out. Venture capital company Abingworth brought us together with the research management team of Alan Drummond and Alan Davidson, who had been with British Biotech, and Chroma was born.’ 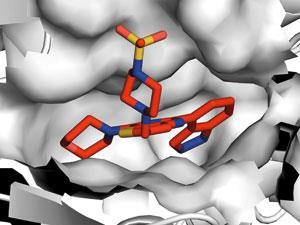 Workman rapidly learned the importance of skilled management as well as world-class science and, unlike some scientific biotech founders, chose to remain in academia full time and collaborate with the company’s scientists. ‘Working together, we discovered an inhibitor that was selective for the cancer-associated class I histone deacetylases. Our drug CHR-3996 is now in the clinic and looks very exciting,’ he says. ‘Another Chroma project led to the first-in-class oral aminopeptidase inhibitor tosedostat, which works via a completely different mechanism, and is now in a pivotal Phase III trial in acute myeloid leukaemia.’

In the past six years, research by the ICR unit and its collaborators has led to 16 cancer drug candidates, with its other industrial partners including Astex, AstraZeneca, Sareum and Merck Serono. The best route to commercialisation, Workman believes, depends on the project. ‘We have a flexible strategy that allows us to choose the best partnering approach to deliver the fastest possible benefit to cancer patients,’ he says.

Workman remains optimistic for the future, despite the huge challenges that remain. ‘What gets me out of bed in the morning is the extraordinary increase in our molecular understanding of cancer,’ he says. ‘With sequencing of cancer genomes and RNA large-scale interference screens we now have about 400 new cancer genes, with more still to come. Not all are currently druggable – a technical challenge we’re working on. We are also trying to understand better the networks through which these cancer genes conspire together.’

He believes next-generation sequencing of cancer patients’ genomes will help devise the best drug combination for their disease, and enable therapy to be adapted in response to drug resistance. ‘I want to continue to help solve these problems in my own lab, and across the unit and the ICR – identifying new targets and resistance mechanisms, designing new drugs, and testing them with biomarker-led studies in the clinic,’ he says. ‘It’s an incredibly exciting time for cancer treatment.’