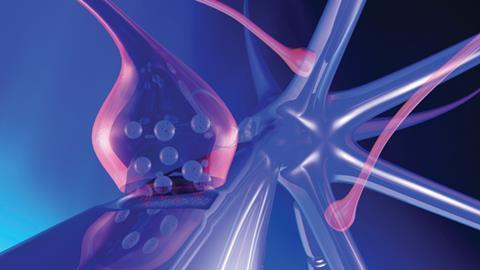 Let the molecules do the talking

Using molecules rather than electronics or optics to send messages sounds far-fetched, but it’s common in nature. Nina Notman dials up some compounds and investigates

Think of the word ‘communication’ and the words speech, phone, text message, email, Facebook and Twitter are all bound to pop up. If you are old-fashioned, telegram or fax might occur. And if you’re the scientific type: electromagnetic waves and binary codes are likely candidates. But chemical or molecule? Probably not.

Yet communication using chemical signals happens all the time inside every living thing, as well as between organisms. Pheromones, signalling between cells and quorum sensing between bacteria are all forms of communication. But instead of sending electric currents down wires, radio waves through space or light down fibre optic cables, molecules are sent from one cell or organism to another. And the number of these molecular messengers outstrips the 145 billion text messages reportedly sent in the UK in 2013 by a factor of millions.

In the 21st century, we have a multitude of high-tech communication solutions at our fingertips, but scientists and engineers are getting back to nature to find ways to communicate in environments where manmade communication systems still perform poorly. For example, in blood or seawater where salt interferes with radio wave transmission, or underground where radio waves struggle to penetrate, or at the nanoscale where objects are smaller than the wavelength of radio waves.

‘We’re trying to mimic what bacteria do when they communicate, or what cells do for intercellular signal transduction, in order to solve some fairly specific communication problems,’ explains Andrew Eckford, an electrical engineer at York University in Toronto, Canada. 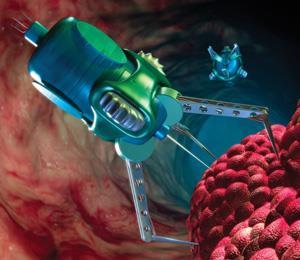 For example, ‘transmitter’ cells push molecules outside of their cell wall. These molecules then propagate and diffuse to a ‘receiver’ cell, which decodes the information sent and reacts accordingly. Systems that mimic this model are being proposed that will use artificial cells and other bionanomachines in place of cells. Information can be transmitted in different ways: by varying the type of molecule, the timing of the molecular signal, or the quantity of molecules sent (no molecules corresponding to a binary signal of 0 and some molecules would mean 1, for example).

‘The staple of modern science fiction is you inject tiny robots into your blood stream, they swim around and do things that you’d need surgery for now,’ says Eckford. ‘For instance, they can reconstruct ligaments, make repairs on site, kill tumours, all sorts of things that right now we consider very futuristic. Those are the kinds of applications that we have in mind.’

The nanomachinery of Eckford’s vision is fast becoming a reality with groups around the world working on nanorobots, but the key obstacle is communication, he explains. ‘The problem is that just one robot can’t do very much. They need to have some way of cooperating and, in order to cooperate, they need to know what their neighbours are doing. Therefore, these robots need to communicate with each other. That’s the problem to solve.’

The issue is that the obvious choice - radio waves - don’t really work inside the body because they don’t propagate well in salty environments. ‘As a result, microorganisms have hit on this solution of using molecules to communicate,’ he explains. These robots will also need to be able to take cues from natural cells, tissues or organs, in order to know which are cancerous or need repair.

Most of this work so far has been theoretical, but with the help of chemists and biochemists this engineering research is starting to make its way out of the computer suite and into the lab.

In 2008, the first successful piece of experimental work was published by Satoshi Hiyama and colleagues from the University of Tokyo in Japan.1 ‘They demonstrated a set of basic molecular communication processes, such as transmission, propagation and reception of message carriers using biomaterials,’ explains Nakano. This set-up doesn’t use diffusion; instead, microtubules glide across immobilised motor proteins to transport ‘message carriers’ from transmitter to receiver. The microtubules are labeled with short strands of DNA, and at the loading site complementary DNA strands are selectively bound to the microtubule via DNA hybridisation. When the microtubule reaches the receiver, these complementary strands are unloaded through strand exchange.

Message in a bottle

However, this system is somewhat limited in the type and length of message it can send. But Eckford and his colleagues were able to send much longer messages using their vodka-based system that was widely publicised in 2013.2 ‘There have been some much simpler demonstrations earlier, but ours was the first one where you could put in a message that was as long as you wanted,’ explains Eckford.

The system sent messages using puffs of isopropyl alcohol (although it also works with vodka) that are detected using a commercial breathalyzer-based system at the other end of the lab bench around 4m away. ‘The semiconductor sensor generates a voltage that’s a function of the concentration of alcohol in the air,’ Eckford explains. A puff of alcohol becomes a 1 in binary code, whereas the absence of alcohol gives a 0. Using an established binary alphabet, and a fan to help direct the alcohol puffs, the team were able to send and receive the message ‘O Canada’, the first line of the Canadian national anthem. If you had the patience, Eckford says there is no limit to the length of the message that could be sent this way.

Eckford plans to both scale-down and scale-up this system for different applications. ‘Moving in the direction of nanoscale devices, we’d like to shrink it down,’ he says. ‘We’re not going to jump straight to the nanoscale in one step, but instead develop a version 2.0 with everything shrunk down by say a factor of 10. Then version 3.0, another factor of 10 and so on until finally, we’re achieving the goal of nano communication.’

In terms of scaling it up, Eckford is looking at applications in other environments where radio waves don’t function very well, such as in seawater, or underground and through tunnels. ‘We’re looking at applications such as heavy search and rescue,’ he explains. ‘For instance, in a collapsed building or sewer or mine, you might be able to send a robot underneath and it might be able to get a message back by sending a spray of alcohol or something like that.’

Meanwhile US chemists George Whitesides, from Harvard University, and David Walt, from Tufts University, have been developing alternative approaches to communication using molecules. ‘We wanted to be able to transmit information using chemical methods that do not involve any electromagnetic communications,’ says Walt. In their approach, rather than using molecules to transmit a message, molecules are used to encode the message. 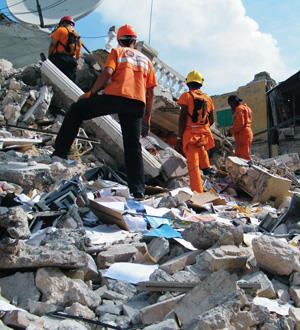 The researchers designed a flammable string, which they call an infofuse, embedded with high, low or zero levels of potassium, rubidium and caesium along its length. When the infofuse burns from one end to the other it emits different frequencies of light as it ignites the different metals, and emits them with different intensities depending on the concentration. These atomic emission lines can be detected using an infrared camera from up to 1km away. Using the combination of different alkali metals and concentrations, a coding system has been developed allowing a predetermined message to be sent. ‘We were able to transmit a predetermined message over long distances through space and in broad daylight without any kind of electromagnetic signal,’ says Walt.

The research is funded by Darpa (the US Defense Advanced Research Projects Agency), and therein lies the clue for its applications. The infofuse could be used if someone got trapped behind enemy lines and wanted to communicate without drawing attention to themselves using a radio, cell phone or any other traceable device, says Walt. ‘The fuse would send a signal saying “here I am”, “I’m OK”, “send medical attention” or whatever.’

Whitesides and Walt have also developed a biological version: ‘infobiology’.4 In this approach, bacteria are used as the message carriers, rather than light. The set-up works like invisible ink: once the message is written, it can only be read again if it is developed correctly. Aside from the obvious military uses (again, this work was funded by Darpa) other potential applications include product authentication.

The message was written using seven different strains of Escherichia coli bacteria. Each strain produces a different fluorescent protein that glows a different colour under the right conditions.

The team write their messages in agar plates, using binary combinations of the seven bacteria to represent different letters, numbers or punctuation marks. Two spots of the yellow strain, for example, correspond to the letter T and a yellow strain and a red strain together give R. A nitrocellulose sheet is then pressed against the plate and popped in the post. ‘The receiver can then press the piece of paper on a culture plate of agar to get the message,’ explains Walt.

The type of agar used is vitally important. ‘If you used the wrong antibiotic to interrogate the bacteria they might glow but the resulting message would be gibberish,’ says Walt. This adds an extra layer of security to the system: the receiver must know both the code and the correct culture medium. As a demonstration, the team made a message that when exposed to the antibiotic ampicillin stated ‘This is a bioencoded message from the Walt lab at Tufts University 2011’ but when exposed to the antibiotic kanamycin instead said ‘You have used the wrong cipher and the message is gibberish.’

These technologies are currently just in the exploratory stages, and it’s easy to dismiss them simply because they sound like the type of thing you’d expect to find Q developing in his fictional R&D labs for James Bond. But they are expected to find useful application in the future. ‘I think the importance of information is so great that if you combine the concepts of information with the range of properties and wavelengths and other characteristics that you could get from chemistry and material science, then there’s bound somewhere to be a connection to actually generate some real utility,’ says Whitesides.