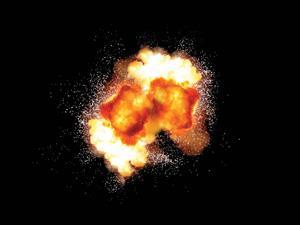 1.09 – A DNA ‘barcode’ that can be added directly to food to enable it to be tracked and authenticated as it moves from farm to fork has been developed by scientists in Switzerland. The team showed that their system can track the milk used to make cheese or yogurt, and they say it could help authorities crack down on food fraud – DNA ‘barcodes’ used to track food

2.56 – Scientists have developed a protective coating for button cell batteries that stops curious children that swallow them from being injured – Pressure-sensitive coating makes swallowed batteries safer

4.51 – Lithium ion batteries are used in millions of electronic devices, such as laptops, smartphones and electric cars, but they are potentially hazardous. Under certain circumstances, they can catch fire – in 2013 an entire fleet of aircraft was grounded after their batteries overheated. Now researchers from the US and China have developed an early warning system to prevent such accidents – Firing up battery safety

6.24 – Chemical communication happens around us all the time. Andrew Eckford, an electrical engineer at York University in Toronto, Canada, explains how understanding molecular communication could allow us to make chatty nano-robots – Let the molecules do the talking

13.40 – Reprogramming the genetic code of bacteria to incorporate an unnatural amino acid has allowed scientists in the Netherlands to create a new metalloenzyme capable of catalysing an enantioselective reaction – Engineered metalloenzyme catalyses Friedel–Crafts reaction

19.19 – Many explosives are toxic or environmentally unfriendly, and safer alternatives would be most welcome, as would those that are more stable in storage or with specific detonation properties. Karl Christe of the University of Southern California, US, explains why developing pure nitrogen compounds is a risky, but worthwhile approach – Boom!

24.46 – The study of the life sciences at the subcellular level looks set to be revolutionised thanks to a new microscope that can produce stunning, high-resolution 3D movies of processes ranging from the movement of single molecules within cells to the growth of an embryo. Biologists have described the moving images as ‘truly amazing’ – New light microscope creates 3D movies inside living cells