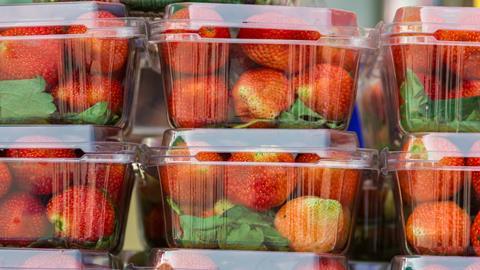 Small pieces of plastic are making their way into the human gut as people eat contaminated seafood and come into contact with plastic-packaged food and drink, a study on human stools has found. What’s worrying, according to the researchers, is that the health effects of microplastics on people are unknown.

The first of its kind study led by Philipp Schwabl from the Medical University of Vienna in Austria has revealed that stool samples from eight individuals from around the world all contained microplastics, showing that they were harbouring these plastic particles in their gut.

There isn’t any evidence so far of whether ingesting microplastics is dangerous to humans, let alone the specific effects, but the researchers believe that gastrointestinal plastic might have a clinical impact. For example, a decrease in the gut’s immune tolerance and response could be expected if the plastics accumulate, while studies on contaminated fish and birds have suggested that microplastics can cause hepatic stress, impact iron absorption and remodel villi in the intestines.

Microplastics are classified as pieces of plastic less than 5mm long. Concerns have been growing over microplastics’ widespread contamination of water, and they have made headlines over fears that they are harming aquatic life that ingest these tiny particles. Microbeads in commercial beauty products, for example, have recently been banned in the UK after it was discovered that they attract toxic pollutants, end up in the stomachs of wildlife and enter the human food chain. But most microplastics simply come from the breakdown of larger plastic debris such as bottles and straws that pollute the world’s oceans.

In conjunction with Environmental Agency Austria, the study found that all eight stool samples tested positive for nine different types of microplastic, including polypropylene (the most common), polyethylene terephthalate, polystyrene and polyethylene. These four types of plastic are typically used in products like plastic bags and containers, and made up over 95% of the total microplastic found in the samples.

The source of these plastics in faecal samples is likely to be diet. Six of the volunteers tested, from countries including the UK, Italy, Russia and Japan, had eaten seafood during the study period, while all eight had come into contact with plastic-wrapped food.

Based on these results, the researchers predict that over half of the world’s population might have microplastics in their stool. While they acknowledged that the sample size was small and the health consequences are still uncertain, the work spurs incentives to increase awareness of microplastics and to take steps to reduce global usage and ultimately pollution.

Schwabl presented the findings at a United European Gastroenterology Week conference in Vienna this week.