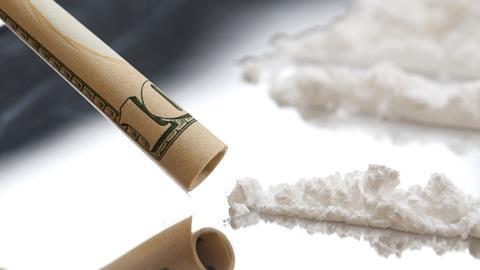 Simon Cotton explores a dance-scene drug that was designed for horses, ketamine

This week, a compound targeted at animals that has entered the human world. Simon Cotton explains more.

Ketamine has been in the news again; this time the reason is that the Government is being advised that it should be upgraded from its current status as a Class C drug (like Valium) to a Class B drug, like amphetamine or cannabis. 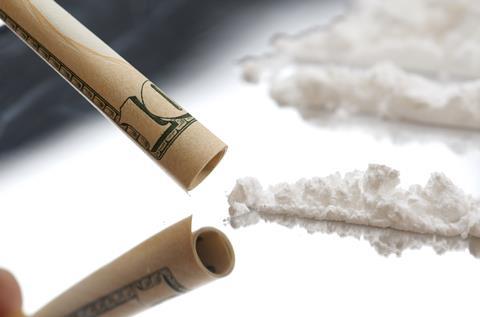 Like amphetamine, but unlike cannabis, Ketamine began life simply as a medicinal molecule. Firms are continually seeking out new drugs that will not have the disadvantages or side-effects of their predecessors. The genesis of ketamine is some 60 years in the past, when the drug company Parks-Davis developed a new anaesthetic intended for animals, marketed under the name of Sernyl, but better known as phencyclidine. It was soon discovered that it produced strong analgesic properties with the patient remaining awake and that people taking phencyclidine could experience hallucinogenic effects. It became a street drug in 1970s LA, under the name of ‘angel dust’, but a high proportion of people taking it experienced bad trips. Like cocaine and ecstasy, phencyclidine is a Class A drug though it is little used nowadays. Ketamine has a structure related to phencyclidine, but its effects are milder. It has proved to be a safe and very effective anaesthetic and painkiller which is used on both humans and animals. It takes effect quickly and unlike other anaesthetics it does not cause respiratory depression or collapse of airways. It is therefore very useful in situations where administration of oxygen is difficult, as with casualties of traffic accidents or battlefield victims. As well as its use on small animals like dogs, cats, rabbits and rodents, vets use it more than any other anaesthetic on horses. So ketamine is an important medicine.

As with phencyclidine, it was soon discovered that patients who had received ketamine as an anaesthetic had experienced strange effects, sometimes pleasant, sometimes unpleasant. They reported being peaceful and detached from life; they travelled through a dark tunnel and to come out into a world of light, even ‘seeing God’. They felt they were floating or flying, and sometimes were ‘out of their body’. So the chemists had succeeded in making a replacement for phencyclidine that was a good anaesthetic but had not managed to lose its psychic side-effects. 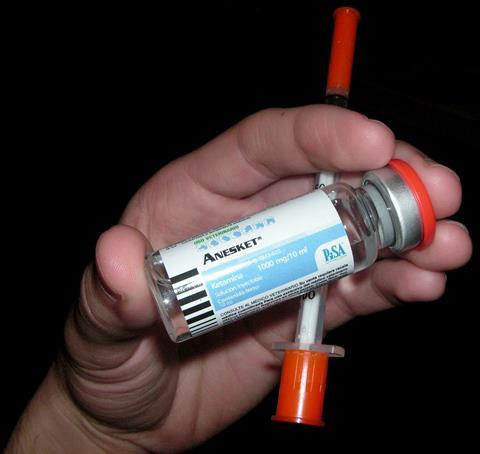 Within a few years of its introduction, ketamine was being abused. Some people think that it was survivors of the war in Vietnam who had experienced these side-effects at first-hand who started abusing it on their return to the States, but it took over 20 years to reach the UK through the dance scene. Now it is thought that around 120 000 people take it each year in the UK. Its synthesis involves a Grignard reaction, so it is not something for the kitchen at home; most people dealing ketamine divert supplies from legitimate sources.

Abuse of ketamine has resulted in fatalities; generally from combining it with other drugs, including cocaine, ecstasy and alcohol. The problem that has received most attention in the last few years is that regular users may well end up with damaged kidneys or bladder. They will probably first notice blood in their urine or will realise that they need to urinate more frequently. Worse than that is that ketamine-induced ulcerative cystitis often leads to surgery; there are regular reports of ketamine users needing to have their bladders removed, so they won’t ever be able to urinate normally again.

The Advisory Council on the Misuse of Drugs have made two suggestions to the British Government. One is that ketamine should be reclassified as a Class B drug; in a second proposal, they have suggested that its medical use be restricted by keeping it under lock and key. This could present a problem to vets in particular, making it harder to use this drug in the field, whilst it could also affect medical research, as ketamine is being tested to see if can be used to treat depression.

So ketamine is a very useful medicine, and its use should not be imperilled because some abuse it. People have taken ketamine because of the psychedelic sensations associated with it and also because they mistakenly thought it was safer than other drugs. It isn’t. Some call it Special K - don’t take this for breakfast.

Birmingham University’s Simon Cotton there with the chemistry of ketamine. Next week, a compound that originated from something that could have seemed crazy.

Leech mania reached fever pitch thanks to the fetishes of an influential physician in Napoleonic France. Francois Broussais practiced what he preached, covering himself every day in sixty leeches.

And discover why he did this in next week’s Chemistry in its Element. Until then, thank you for listening, I’m Meera Senthilingam.