Researchers investigating an ancient Greek vase dating from 450–440 BC have identified the probable use of gypsum in its distinctive white background. Until now little was known about the composition of the white slip used in these rare vessels, which featured in the funeral rituals of the elite.

The Perseus crater, exhibited at the Pietro Griffo archaeological museum in Agrigento, Italy, is a fine example of an Attic vase painted using the white ground technique – a comparable rarity next to the more famous red-figure ceramics produced in Athens around the same time. Artists would apply a white slip to the entire surface, allowing them to paint on figures with detailed contouring and vibrant colours. 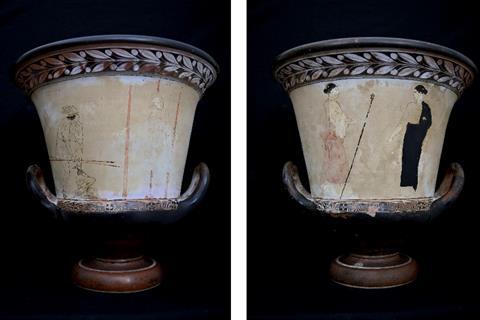 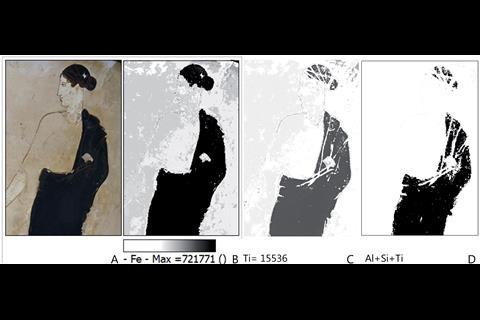 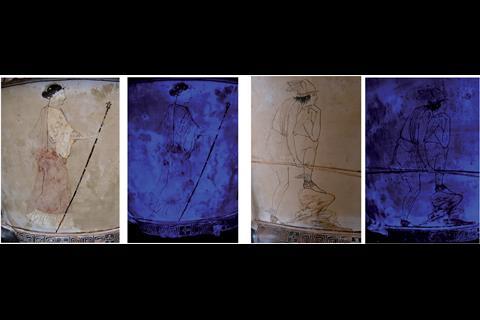 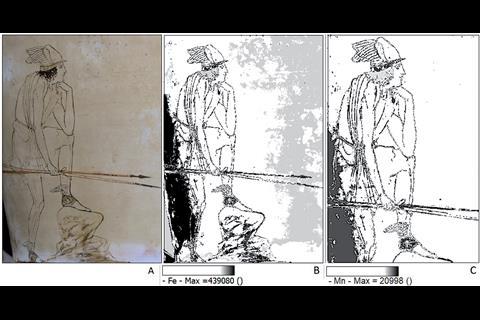 Maps of Perseus under visible light; (B) iron; (C) manganese 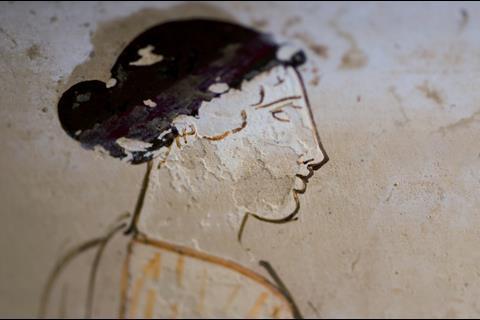 Raking light detail of Aphrodite's face where painted layers succession, thickness of the white pigment and his craquelure are visible

The team used x-ray fluorescence (XRF) and total reflection Fourier-transform infrared spectroscopy (TR-FTIR) in their analysis of the vase, which they complemented with visible and ultraviolet light photography.

XRF data showed large amounts of calcium distributed over the entirety of the vase. The three probable sources considered were calcium carbonate, kaolinite (a mineral group of hydrous aluminium silicates) and calcium sulfates (eg gypsum). SmART_scan software using the XRF data produced maps that indicated the simultaneous presence of both calcium and sulfur over the entire white ground area, indicating that the artist used gypsum as the base for their white slip. TR-FTIR further ruled out the presence of kaolinite or calcium carbonate, strengthening the probability that gypsum was indeed the source.

In addition to the composition of the white ground, the team’s TR-FTIR spectra mapped majority and minority elements found in the painted figures themselves, and confirmed a probable firing temperature of 700–900°C, which corroborates what we previously knew about firing temperatures for Attic vases.