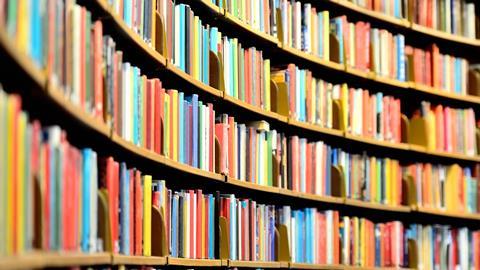 An artificially expanded DNA alphabet has evolved enzymes for the first time. The work, which added two synthetic building blocks to the usual four of DNA to create a library of molecules, demonstrates how such libraries could offer enhanced chemical diversity over standard DNA for finding biomedically relevant molecules, as well as offer clues to how life began.

As DNA usually only has four bases – A, C, T and G – the richness of possible sequences to build molecular libraries is limited, particularly with shorter oligonucleotide sequences, or oligos. One solution is to add functional groups to natural nucleotides to find novel molecules. But an alternative approach that has emerged over the past two decades is to expand the genetic alphabet beyond four bases using synthetic nucleotides.

In recent years, researchers have shown that synthetic bases can expand the genetic alphabet, potentially by up to 12 bases. However, expanded genetic alphabets had, up until now, only produced functionally limited oligos or aptamers that bind to a desired target and weren’t catalytic.

Now Elisa Biondi’s team, including Steven Benner, at the Foundation for Applied Molecular Evolution in Florida has compared the performance of an artificially expanded genetic information system (Aegis) – pioneered by Benner 20 years ago – against standard DNA at evolving a reservoir of ribonucleases, enzymes that degrade RNA. In the process, Aegis evolved a new kind of ribonuclease, dubbed an ‘Aegiszyme’.

‘We had yet to undoubtedly demonstrate that expanded DNA is better performing compared to standard DNA, as we had not done a parallel experiment before,’ says Biondi. ‘Now we have proof that our expanded DNA approach has a solid basis. The outcome [of a new catalyst] was hoped for if not quite surprising, nor expected.’

The four normal DNA bases (GCTA) and the synthetic Z and P base pair, which opened up the available chemical space for the library of oligonucleotides

Aegis comprised the standard DNA bases along with two extra ones, Z and P. Separate 25-nucleotide long libraries were then built for both Aegis and ordinary DNA. The libraries were then subjected to identical and repeated rounds of selective pressure towards ribonuclease activity.

‘Although it is not clear whether these first Aegiszymes outperform the current generation of DNAzymes and XNAzymes it is certainly interesting that they could be selected from comparatively short oligo libraries,’ comments synthetic biologist Alex Taylor at the University of Cambridge, UK. ‘For a potential therapeutic, a shorter catalytic oligo would be beneficial to enable efficient chemical synthesis and might offer, for example, improved tissue penetration or cell uptake.’

‘The work is of obvious practical value as it shows how an expanded genetic alphabet can help discover aptamers with rare properties,’ says Floyd Romesberg, whose lab at Scripps Research first successfully inserted non-natural DNA into a bacterium in 2017. ‘This should open up the possibility of discovering other aptamers with unique properties that have proven difficult to discover.’

The fact that short sequences of an expanded alphabet can evolve catalysts also offers insight into the origin of life. ‘In prebiotic times, when nucleic acids, or proto-nucleic acids are thought to have been performing both genetic and catalytic functions, the first evolving Darwinian systems might have used a larger variety of chemical groups than what we see now in the molecules of life,’ says Biondi. ‘In doing so, they might have gotten away with shorter polymer lengths, an advantage both in terms of energy expenditure and availability of resources.’

Update: The hierarchy of the research team was corrected on 1 December 2022.