It's life, but not as we know it

A living cell that uses artificial bases in its DNA heralds a profound development for chemistry, says Mark Peplow 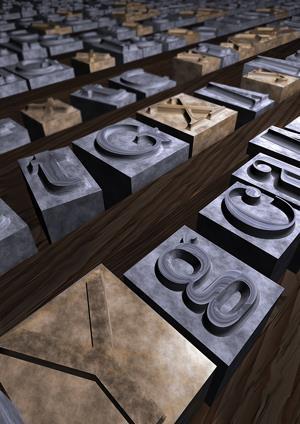 But why limit life to these four letters? Over the past two decades, a small number of dedicated chemists have been working to augment this alphabet. Now, a US team led by Floyd Romesberg at The Scripps Research Institute in California, has taken a remarkable step forward, unveiling the first living Escherichia coli cells with non-natural base pairs in their DNA.

Much of the discussion about this has been utilitarian: perhaps it could be used to regulate the activity of genes, or to build therapeutic proteins from a wider variety of amino acids. But this achievement also marks a profound conceptual advance, by demonstrating chemistry’s ability to create a genuinely novel form of life.

An early milestone in chemists’ efforts to tinker with the genetic alphabet came in 1989, when Steve Benner and colleagues at the Swiss Federal Institute of Technology in Zurich incorporated structural isomers of C and G into strands of DNA and RNA that could replicate and generate proteins. Since then, many other synthetic bases have been added to DNA and RNA in the test tube.

Meanwhile, Craig Venter reported in 2010 that his group had made a living bacterium whose genome had been chemically synthesised from scratch. This was widely hailed as the first synthetic life form, although as James Collins at Boston University pointed out to the Wall Street Journal at the time: ‘I view this as an organism with a synthetic genome, not as a synthetic organism.’

Romesberg’s cells seem much more deserving of that accolade. As well as the conventional bases A, C, G and T, they include two non-natural bases: d5SICS and dNaM. These are excitingly different from conventional bases, and their methylisoquinoline thione and methoxy naphthalene structures stick together via hydrophobic interactions rather than hydrogen bonds.

A single pair of the novel bases was incorporated into a circular loop of DNA called a plasmid and delivered into E. coli cells that had been engineered to express a nucleotide triphosphate transporter protein. This protein enables the cells to import more of the artificial bases, so that they can build new copies of the plasmid – and they do so enthusiastically, with at least 99.4% fidelity.

The souped-up bacterium is hardly ready for the big wide world. It cannot make its own supply of d5SICS and dNaM, and the bases do not encode any information – they are merely tolerated, not utilised. It also remains to be seen whether plasmids bearing dozens of the novel base pairs will replicate as efficiently, or whether the bacteria can retain these plasmids indefinitely.

But if the bases could be used to encode novel information, it may eventually be possible to translate these new phrases into proteins that contain up to 172 amino acids, rather than the limited palette of 20 that life currently uses – a route to diverse biological drugs, perhaps. And if the nucleotide triphosphate transporter works with other artificial bases, they could swell the cells’ vocabulary still further. Romesberg has already launched a spin-out company, Synthorx, to commercialise the work.

Studying artificial bases in living systems could also help those trying to understand the origins of life. The apparent perfection of DNA’s structure makes it tempting to think that A, G, C and T are the ideal choices for carrying the genetic code. But could other molecules have served just as well, or even better? With a range of artificial bases, researchers may be able to measure the trade-offs between information storage and faithful replication of nucleic acids in living systems.

Creating life with an artificial genetic code also raises important ethical questions. Society has increasingly viewed artificial life forms – from Frankenstein’s poor monster to the ‘replicants’ in the film Blade Runner – with a queasy sense that they are unnatural abominations (a theme explored in Philip Ball’s excellent book Unnatural: the heretical idea of making people).

Romesberg’s cells have already attracted renewed calls for a moratorium on synthetic biology research from environmental campaigners such as the ETC Group, although I believe most people still view this field as both interesting and possibly beneficial. But the debate might take on a rather different tone if it becomes possible to expand the genetic alphabet used by human cells.

Synthetic biologists have generally tried hard to have an open and honest dialogue with the public. This should continue, and also develop beyond simply weighing risks and benefits – it should involve discussions about how the work is commercialised, for example, and what aspects of artificial life can be patented.

Breakthroughs at the frontiers of life inevitably prompt a flurry of fears. But it would be a great shame to redact life’s expanding lexicon just as we begin to glimpse the thrilling stories it could write.