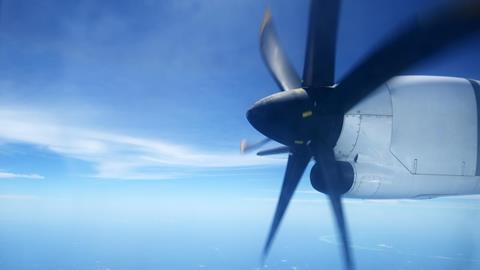 Distributing limestone particles into the upper atmosphere could apply the brake to global warming while simultaneously repairing the ozone layer, scientists in the US propose. A solid aerosol of limestone or the mineral calcite dispersed 20km up would reflect and scatter incoming solar radiation, slowing greenhouse gas warming, and neutralise three important halide-bearing acids responsible for ozone destruction.

Up until now, atmospheric geoengineering research had focused on injecting sulfates into the stratosphere, but this would generate sulfuric acid and damage the ozone layer. Conversely, calcite or limestone would neutralise the acids HNO2, HCl and HBr, which provide the nitrogen, chlorine and bromine radicals that destroy ozone. ‘This would restore the ozone layer, though not perfectly,’ says senior author David Keith at Harvard University. ‘A base would react with those main acids in the stratosphere, which are dominant in the catalytic cycles that manage ozone.’

An ideal particle size would be half a micrometre in diameter. These could be dispersed at an altitude around 18 to 20km, between about 20 and 30° latitude. ‘That would give you a pretty even distribution,’ says Keith.

Critical to his calculations is a 2D chemical transport and aerosol micro-physics model built to handle liquid aerosol, solid aerosol and liquid-coated solid aerosol. An input of 5.6 million tonnes a year of calcite would reduce radiative forcing of climate by 2W/m2, enough to counter all the warming effects of carbon dioxide.

‘We are not suggesting that we go ahead and manipulate the whole planet, but a flight experiment from a stratosphere balloon could make a small cloud of aerosol, with a few hundred grams of material and allow us to make real in situ measurements of stratospheric chemistry,’ says Keith. There are lots of uncertainties about reaction rates at present, he adds.

Keith suggests a gradual ramp up of particles would be the best approach. Getting a million tonnes of material into the lower stratosphere is feasible and would cost about a dollar a kilogram. One major challenge is how to disperse a fine solid aerosol.

An assortment of species has been proposed previously for such geoengineering projects. The list includes sulfates, sea salt and numerous metal oxides. ‘Calcium carbonate does have the advantage of probably being the only compound that could claim to have a positive effect on ozone,’ notes atmospheric chemist Matt Watson at Bristol University, UK.

‘Calcium carbonate is incredibly cheap and it’s not to tough to fly to 20km. Most of the hurdles would be political under those circumstances, certainly not financial,’ Watson concludes. He notes potential scientific concerns, such as global temperatures affecting rainfall patterns, and political concerns, such as who gets to decide the Earth’s new temperature.