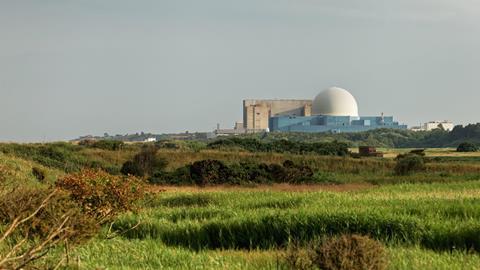 The continuing operation of the UK nuclear industry has been put at risk by the planned exit from the European Atomic Energy Community (Euratom) following Brexit. This would also threaten the UK’s ‘lead in fusion research and in effect throw away decades of research’, according to members of the Lords science and technology committee. Its report on nuclear research and technology also warns that the UK could lose access to ‘the markets and skills it needs to construct new nuclear power plants’, and may even ‘leave existing power stations unable to acquire fuel’.

The Lords’ concerns were echoed by MPs on the business, energy and industrial strategy committee, who examined Brexit negotiating priorities for climate change. They called on the government to try to delay departure from Euratom to allow industry enough time to put alternatives in place on trade and nuclear inspections.

In evidence Sue Ion, who chairs the Euratom science and technology committee, told MPs that: ‘A plethora of international agreements would have to be struck that would almost mirror those that are already in place with Euratom, before we could even begin to move not just material but intellectual property and services – anything in the nuclear sector.’

The UK would also need to establish and fund new safeguarding arrangements including inspections, which are carried out by Euratom. This would have ‘significant’ budgetary implications, given the number and scale of Britain’s nuclear facilities.

MPs also urged the government to find a way of maintaining the benefits of research cooperation, which allow access to major facilities outside the UK, easy movement of skilled staff and contracts for UK businesses to supply equipment. They want special consideration for world leading fusion projects such as Iter – the world’s largest experimental fusion reactor, being built by Euratom in France, and its precursor, the Joint European Torus (Jet) based in Oxfordshire. Euratom provides around £52 million a year for Jet, which was due to close in 2018. The UK Atomic Energy Agency had been in discussions with Euratom to extend Jet’s funding until 2020.

In a statement, Tom Greatrex, chief executive of the Nuclear Industry Association (NIA), described putting in place a replacement arrangement as a ‘priority of increasing urgency’. He added that the government ‘now need to get down to the work of putting such arrangements in place, including a prudent approach to ensuring there are transitional arrangements in place, to avoid a gap in regulation. That would not be in the interests of the EU, the UK or the industry globally.’

The committee repeatedly heard from witnesses that it would be difficult – if not impossible – to establish a new safeguarding regime and negotiate new nuclear cooperation agreements with other EU member states to continue existing trade and research collaborations within two years.