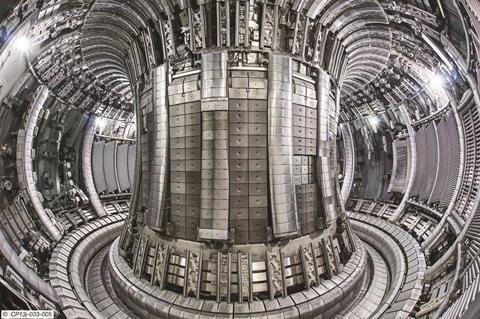 What will happen to the nuclear fusion project the Joint European Torus in Oxfordshire when the UK leaves Euratom?

It was the nuclear community’s turn for a Brexit surprise last month. The brief bill that gives the UK government the power to trigger article 50 also included a short passage stating that Brexit will mean the UK leaves Europe’s nuclear club.

The European Atomic Energy Community (Euratom) has been in operation for 60 years, overseeing all facets of nuclear energy from safety and trade in nuclear materials to funding fusion research. As Euratom isn’t part of the EU – although it falls within the purview of its institutions – it was possible for the UK to retain its membership. But the white paper that followed confirmed the government’s intent to leave this body.

While there’s no doubt the government has the power to leave Euratom, the way in which it has gone about it is less than ideal. Tucking this decision away as an explanatory note in the Brexit bill appears to have wrong-footed industry and the wider nuclear community. Researchers and power sector employees shouldn’t have to find out about a potentially huge change to their industry reading the dailies over breakfast.

If the government does insist that triggering article 50 must include the UK’s exit from Euratom it will need to move fast. In just two years it will have to replace the safeguards and cooperative arrangements that Euratom currently oversees. This will be at a time of unprecedented activity in Whitehall and the nuclear community will have to fight hard to be heard over the clamour of competing groups all trying to secure the best deal that they can in this short window.

A quick exit from Euratom by the end of 2018 without any interim agreements could cause all sorts of problems. The costs of constructing the new nuclear power plant at Hinkley in Somerset could rise rapidly. The UK is dependent on nuclear goods and services from the continent and as Euratom oversees safety there could be construction delays too. And what will happen to the world’s largest fusion experiment, the Joint European Torus in Oxfordshire? At this stage nobody knows.

Peers in the House of Lords are currently seeking to amend the Brexit bill to ensure that the UK remains part of Euratom – at least for now. Either way the important thing now is that the government begins consulting with the nuclear community. If the country is to part ways with Euratom then a viable interim alternative to cover its functions needs to be agreed – and fast.