Chemistry departments running in the red in the UK

UK university chemistry departments’ finances are well into the red, according to a recent report on university balance sheets. Published jointly by the Royal Society of Chemistry (RSC) and the Institute of Physics, The finances of chemistry and physics departments in UK universities is the third such financial analysis undertaken in the past decade and arrives just before the UK government’s spending review on 25 November. 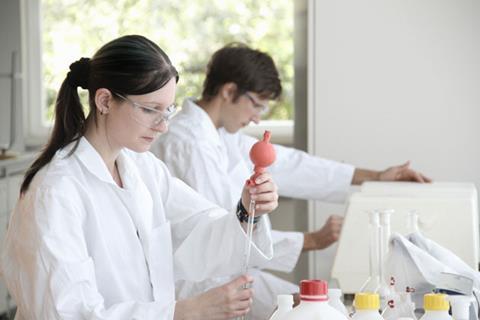 When taking into account other revenue streams, including those for research, there was an average increase of 12% in total funding, accounting for inflation. Despite these moderate increases in income, the study found that university chemistry departments are still operating at a ‘substantial deficit overall’. The average deficit was 20.6%, with one department generating a deficit of up to £5.7 million (37.5% of its total income). For physics departments, the average was slightly lower at 18.8%, but one had a deficit of £9.6 million (33.7% of its income).

The study outlines the increase in undergraduate and postgraduate students between the academic years of 2007–2008 and 2012–2013 in 10 chemistry departments across the UK, along with a comprehensive breakdown of the income streams and costs for teaching and research in each. The report reveals that the number of UK and EU undergraduates attending UK chemistry courses has increased by 30%, on average, while students from non-EU states has risen by 77%. There have also been increases, albeit at a much lower rate, in the number of postgraduates.

Such an expansion in student numbers has not led to a proportional increase in the number of academic teaching staff employed, according to the report. Within the five year window analysed, the student to staff ratio in chemistry departments has increased from 10.8:1 to 12.8:1. The increase may be due to departmental efficiency savings, and the report states that such cutbacks may ‘impact on teaching quality’.

Alison Rodger, head of chemistry at the University of Warwick, believes there may be limited value in just focusing on one such ratio. ‘My feeling is that our students are not suffering; they are getting more attention than they were five years earlier,’ she says. ‘However, I think staff are paying a bigger price. I’m not even sure that it’s the student to staff ratio that’s the key, I think the whole culture has gotten much more of students demanding to be customers and one of our real challenges is to teach them to own their own learning.’

This growth in student bodies, however, has not been matched by a real terms increase in public funding for teaching, according to the study. Between 2007–2008 and 2012–2013, average funding per EU student fell by 7% at the departments investigated.

In a statement, John Holman, president-elect of the RSC, expressed his concerns about the report’s findings. ‘Investment in chemistry and physics is critical to the future of the UK economy,’ he said. ‘While UK chemistry and physics departments have made significant efficiency savings over recent years, they continue to operate at a substantial and unsustainable deficit.’

But further savings may not be the ideal solution, according to Tom Welton, chair of Heads of Chemistry UK. ‘Further efficiency savings alone cannot reduce these deficits,’ says Welton. ‘For UK chemistry departments to continue to train the science leaders of tomorrow and carry out world-class research, we need sustained funding.’

For Rodger, the UK government may have to accept that greater investment will be needed. ‘I would say all chemistry departments run in deficit – whether it’s 10% or 20% or even higher will depend on your funding model,’ says Rodger. ‘If, as I hope they do, [the government and universities] decide science is important, they’ve got to recognise it has higher infrastructure costs.’