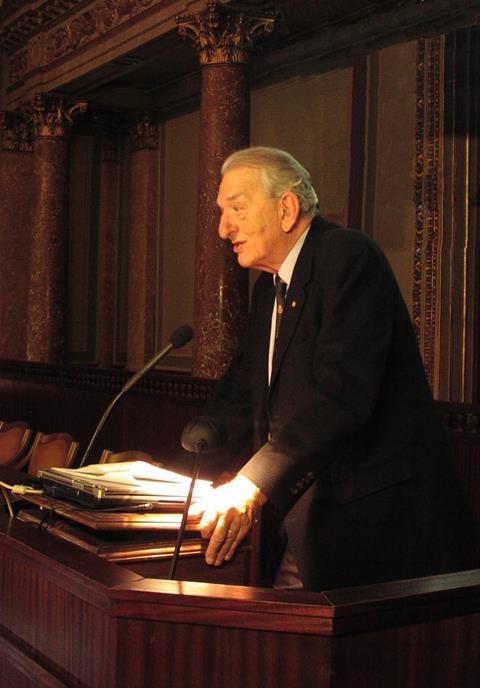 Hungarian–American chemist George Olah, who was awarded the 1994 chemistry Nobel prize for his work on carbocations, has died at his home in Beverly Hills, US, aged 89.

Olah discovered that positively charged hydrocarbons such as methane could be stabilised using superacids, which allowed them to be prepared and studied using NMR and IR spectroscopy. This transformed the field of carbocation chemistry and paved the way for synthesis methods involving the use of superacid catalysts that produce important organic compounds.

Born in Budapest, Hungary, in 1927, Olah spent the first years of his career at the Technical University of Budapest and later the Hungarian Academy of Sciences, where he was head of the department of organic chemistry. Following the Hungarian revolution in 1956, he moved first to the UK, then to Canada. After working for Dow Chemical in Ontario for eight years he came to settle in the US, taking up the position of chair of chemistry at Case Western Reserve University in Ohio, US, in 1965 and becoming a US citizen in 1971. In 1977 he moved to the University of Southern California where he has remained since.

Olah’s work has been recognised with numerous awards aside from the Nobel prize, including the Széchenyi Grand Prize of Hungary and the American Chemical Society’s Priestley Medal.

He is survived by his wife Judith, their two sons and three grandchildren.